It is no secret at this point that non-urban real estate markets have been stellar since late spring / early summer of 2020 when the net effects of the Covid shock to the real estate market became clear. As we anticipated in our last update, this trend has continued. In a year on year comparison of Q4, nearly every sales metric showed monstrous improvements over Q4 of 2019.

The fourth quarter also saw numerous noteworthy sales with six trades in the fourth quarter at sold prices greater than $10M. One of these sales was in the Lihue District; the other five trades were in the Hanalei District, which comprises Kauai’s North Shore from Kilauea to Haena.

If you’d like to explore the numbers a bit deeper, check out the market snapshot below for Q4, or via the following link for an enlarged version – Kauai Snapshot Q4. 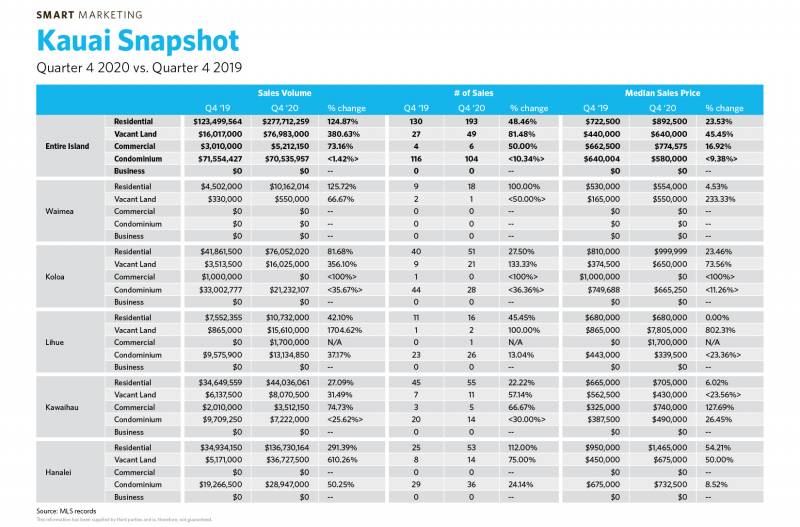 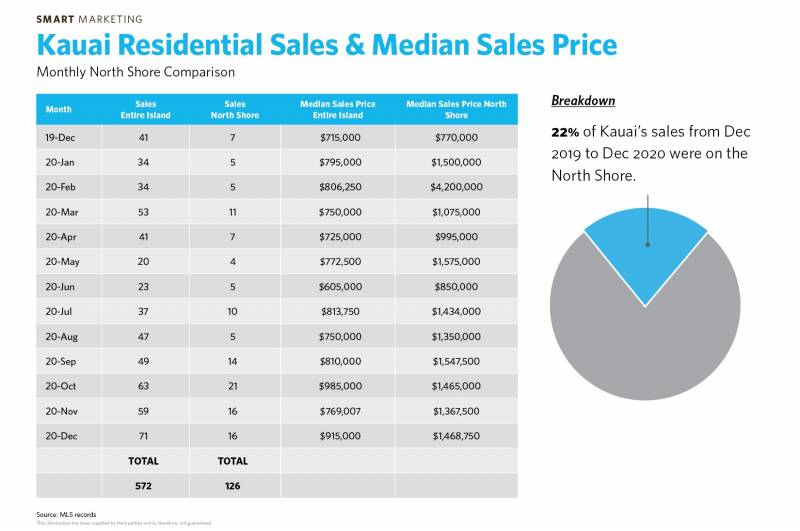 The island-wide quarterly median sales prices have surpassed the peak of the mid-2000s. North Shore median prices are more or less hovering at that peak. In light of these at or near record prices in our market, we have taken our data set back as far as the MLS offers quarterly median sales price data. The steady trend upwards since 2009 is clear on both data plots, and with a relatively fixed supply and continued growing demand, it seems for the near future this trend line is likely to continue its path. 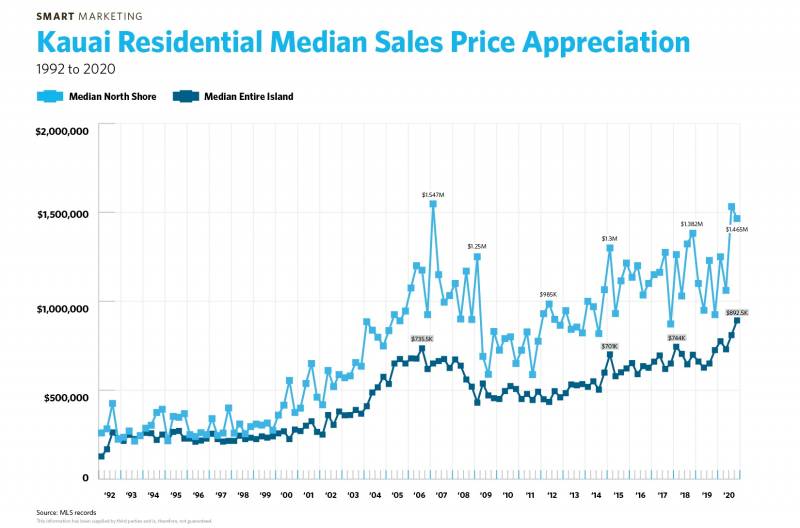 Explore more of our beautiful listings at www.nealnorman.com. 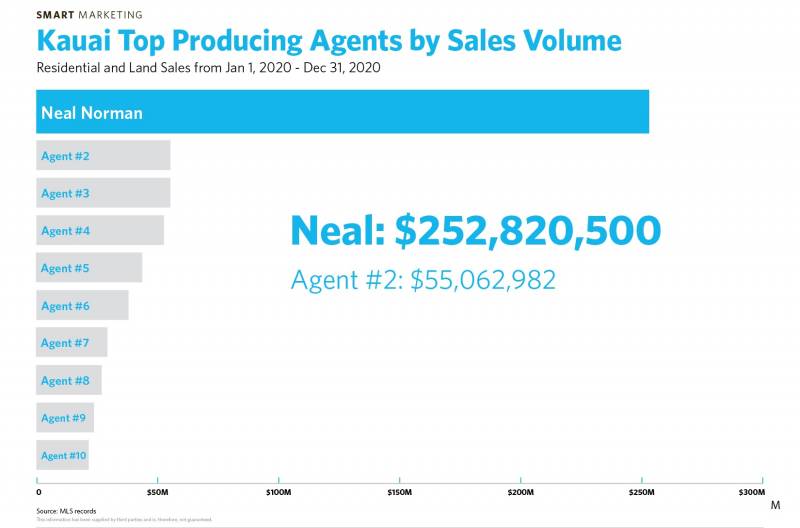 5 Steps to Buying Property on Kauai

If you are thinking of moving to Kauai, or buying a second home here I have a five-step plan to …

Ke Ala Hele Makalae One unique draw to Kauai’s East Side is the Kapaa bike path. It is formally known …

Whether you’re planning a trip to the Hawaiian Islands or you’ve recently moved here, you may be wondering if there …

Where to Eat on Kauai | Best Breakfast, Happy Hour, and More

Here’s my list of the best places to eat on the island of Kauai! (My personal favorites are in italics.) Poipu …