Below you will find a sample of some Kauai relevant market statistics from Q4 ’17. If you’d like to explore the numbers a bit deeper, check out the Q4 2017 Kauai Snapshot. 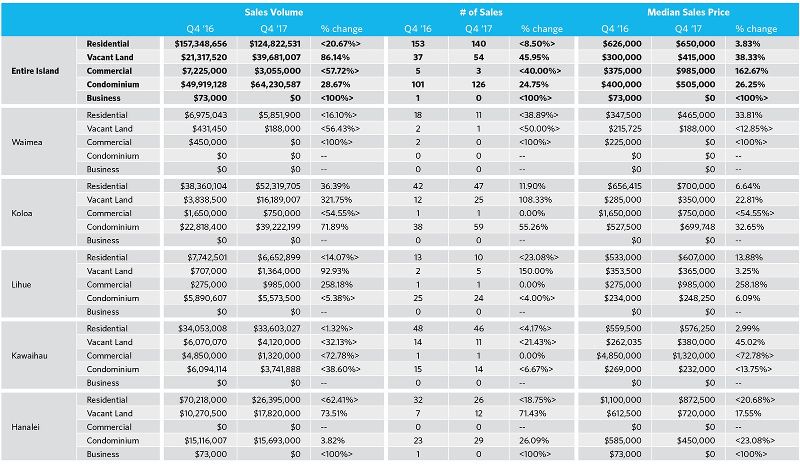 Kauai’s real estate market finished the year with another solid quarter. Though the island wide volume dipped in Q4 compared to last year and north shore volume for Q4 was significantly off last year’s pace, the number of sales and pricing both held steady through most market segments. Island wide sales volume for the entire year reached $537,294,341, versus 2016’s volume of $556,091,042 – a mere 3.4% off of last year’s volume. North Shore Kauai volume totaled $204,203,063 in 2017 which was 15.5% off of 2016’s total of $241,704,677. Not captured in the numbers above and the true story of the moment is the strong high end pulse in the market. There are at least five high end parcels in escrow priced over $5M. Insights gleaned from our neighbor island colleagues suggests this movement in the market is statewide and it has been sustained for several months. 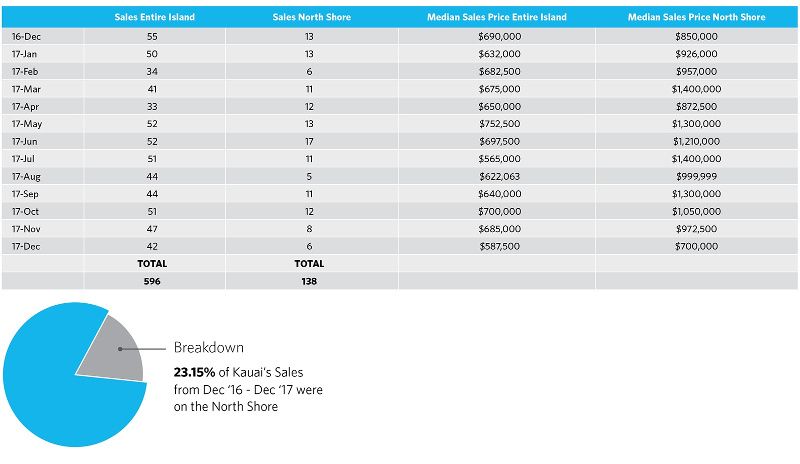 The long-term graphic below displays quarterly median sales prices over the past 11 years. Prices continue to be very strong. While the obvious variation in the North Shore data points is a product of the North Shores smaller sample size, it’s still clear that the North Shore continues to show stronger pricing relative to the island as whole. 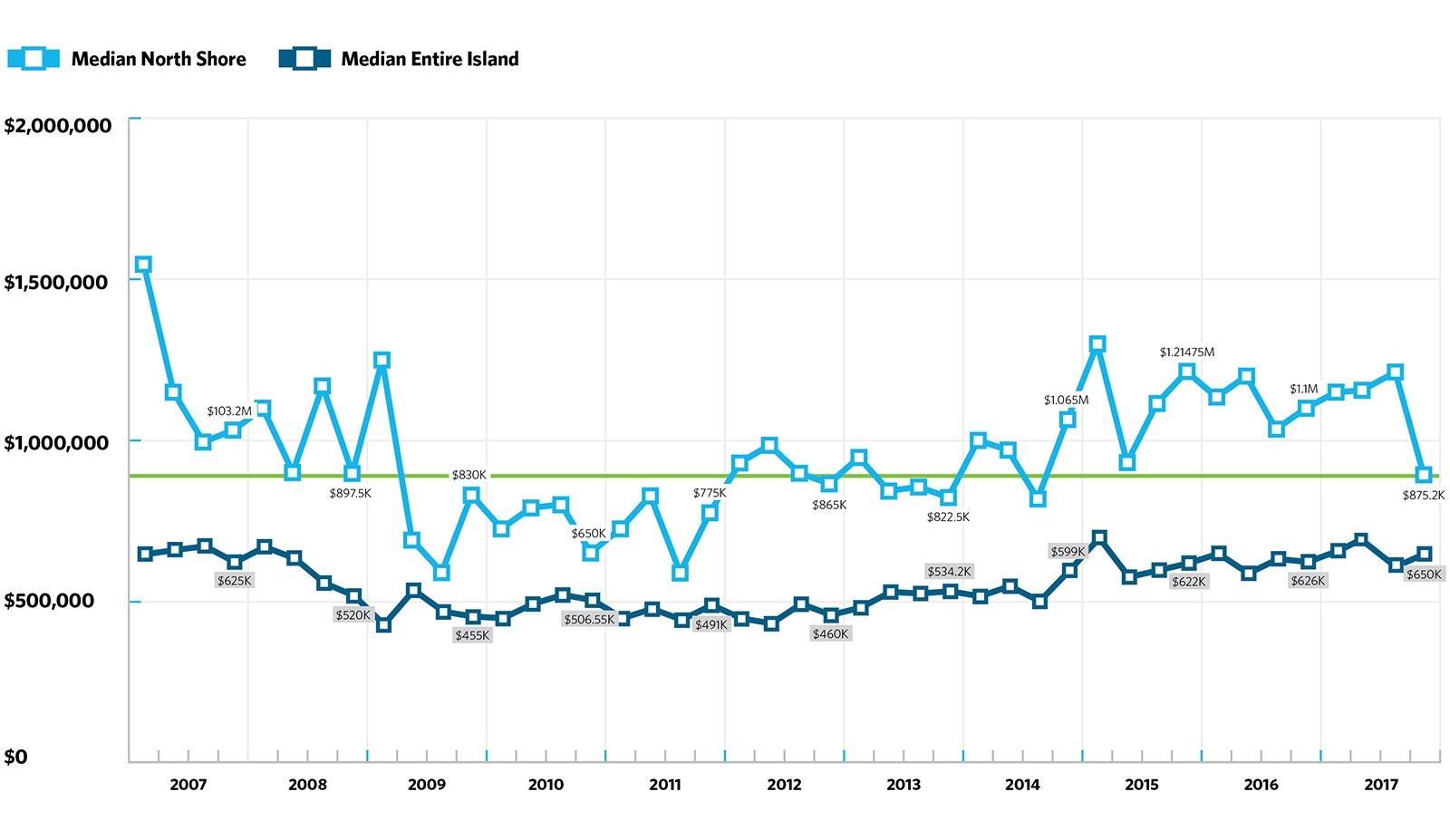 Lastly, thank you for your continued trust in working with us. We finished 2017 as the top performing agents on the island and we owe that thanks to you.

Oahu’s single-family home market continues to soar. This time last year, the median single-family price was $809,000 with a median …