Kaua’i: The History of Princeville at Hanalei

Ever wonder how place names originated here in Hawai’i? While many of the traditional place names have been lost or changed, some of them are relatively “new” and come with fascinating stories worth sharing. Princeville is no exception and its story is full of colorful characters and a rich history.

The History of Princeville, Kauai

For centuries prior to the 1778 landing of Captain James Cook in Waimea, Kauai’s people lived off the riches of the land and sea. They were an industrious people engaged in farming, fishing, wayfinding, and other livelihoods. Kalo (taro) flourished in the valley floor of Hanalei and fishponds like Kamo’omaika’i, located below the present-day Hanalei Bay Resort, was stocked with prized species of the ocean’s bounty.

As the number of Westerners in the islands increased, the area known today as Princeville saw its landscape change from mostly wide open spaces to cattle ranches, a silk worm farm, and even a brief stint as a coffee plantation. Each venture had its own set of challenges and opportunities.

How Princeville Got its Name

In 1853, an adventuresome Scottsman by the name of Robert Crichton Wyllie acquired the area of land known today as Princeville. Wyllie had been the Minister of Foreign Affairs of the Hawaiian Kingdom under King Kamehameha IV. Fascinated by the growing sugar industry in the islands, Wyllie transformed the land and began the full-scale cultivation of sugar cane. He became quite the entrepreneur and developed a love for the ‘aina (land) and its native people.

Robert Crichton Wyllie was thrilled to host King Kamehameha IV, Queen Emma and their young son, Prince Albert Edward Kauikeaouli Leiopapa A Kamehameha, in 1860. To commemorate their visit, Wyllie named his plantation “Princeville” in honor of the crown Prince. Many of the street names in Princeville pay homage to these historical figures of the Hawaiian monarchy and early Westerners.

Princeville once again became a cattle ranch in 1895 and still has hundreds of acres of open pasture land as well as over 700 acres of kalo farmed in Hanalei Valley. The Princeville at Hanalei Resort was established in the 1970’s and remains Kaua’i’s premier visitor destination.

Residents and visitors alike enjoy the natural beauty and grandeur of Princeville at Hanalei, which was retained from the time of the ancient Hawaiians.

Princeville at Hanalei is perched on lush cliffs overlooking the azure blue Pacific Ocean. From this vantage point, Princeville offers sweeping views of the famed Hanalei Bay, Kilauea Lighthouse, and spectacular waterfalls. First-time visitors are simply awe-struck by the sheer beauty that surrounds them.

Whether you’re home for a few days, or for a lifetime, Princeville at Hanalei is a truly magical place with a significant and rich history.

A Hui Hou (Until We Meet Again),
Shaylyn 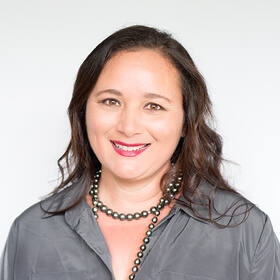 Shaylyn Kimura is a REALTOR Salesperson with Hawai'i Life. You can email me at shaylyn@hawaiilife.com or via phone at (808) 635-5525.

Thank you Shaylyn~ It is always great to know the history of where we are living and be able to share it with others.

Thank you Shaylyn~ It is always great to know the history of where we are living and be able to share it with others.

My family and I moved to Princeville in 1974 and returned back to the mainland in 1979. To this day, 37 years later I have vivid memories of one of the most amazing places on this planet. Hopefully, I will return someday

My family and I moved to Princeville in 1974 and returned back to the mainland in 1979. To this day, 37 years later I have vivid memories of one of the most amazing places on this planet. Hopefully, I will return someday

How to Win in a Multiple Offer Situation

The impact of COVID-19 has been a catalyst for real estate markets to heat up all over the country. Today’s real …