So many major stars have been on Kauai this year, I was afraid I was gona trip over one.

Stars like Jennifer Aniston, George Clooney, Adam Sander, Penelope Cruz & Johnny Depp. I was secretly hoping Johnny Depp would be tooling around Kauai & somehow just happen to drop in at my house. Yeah, like thatâ€™s gona happen, but you gotta have dreams!Â  Hey brah!Â  You never know what can happen on Kauai & often does!

Kauai is a hot spot with many movie productions & TV shows filming this year. This behind the scenes article, KAUAâ€™IWOOD from Midweek about the film industry & Kauaiâ€™s Film Commissioner (â€œDa Commishâ€), Art Umezu,Â  is fascinating. Some highlight quotes from the Midweek article,

“Kaua`i has long been used as a stand-in for other tropical locales around the world: ‘We can pass for Asia, Africa, Australia or even other Hawaiian islands.’

And since the 1950s, every decade has brought diverse genres and beloved stories to the islandâ€™s landscape: In â€™58Â South Pacific, in â€™61Â Blue Hawaii, in â€™76Â King Kong, in â€™87Â Throw Momma from the Train, in â€™97Â The Lost World: Jurassic Park, in 2007Â Tropic Thunder, and to begin this decade, in 2010Â Pirates of The Caribbean: On Stranger Tides.”

“As film commish, Umezu most often works with location managers â€” helping to identify the perfect stream, waterfall or bay for a scene. His office maintains files filled with hundreds of photos that can be accessed by productions scouting Kaua`i for potential locations, and he often makes suggestions based on his knowledge not only of the Island, but of the needs and limitations of a film crew.Â  According to Da Commish, the title of his biopic would be:Â Take This Job and Love It!Â  Fade out.”

“After the star-studded cast ofÂ Tropic Thunder shot for 10 months on Island, Umezu says there has been abuzz in the industry about Kaua`iâ€™s beauty, accessibility, and chameleon adaptability.”

Hollywood has figured out how SWEET Kauai is! Itâ€™s only a matter of time before everyone else figures out how SWEET life on Kauai is too. For those of you who live here, you already have. 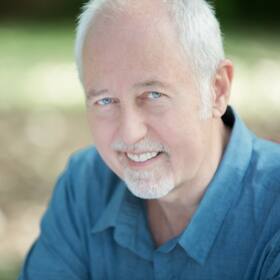 Johnny Depp was here in North Kohala on the Big Island during 4th of July weekend. He was crusing in our beautiful quaint town of Kapaa and Hawi in North Kohala.

Johnny Depp was here in North Kohala on the Big Island during 4th of July weekend. He was crusing in our beautiful quaint town of Kapaa and Hawi in North Kohala.

How great is that!

How great is that!

This well-appointed 4 bedroom, 3.5 bath home sits on nearly half an acre of land on the beautiful North Shore …