Not only am I excited and looking forward to the opening of the Andaz Wailea, but I’m also eagerly anticipating the opening of Chef Morimoto’s newest restaurant in Hawaii, Morimoto Maui. This is such a win-win for Wailea.

The progress on the rehab of the hotel and the new construction has been at a quick pace. When they removed a lot of the overgrown foliage of the old Renaissance, the stately facade of the hotel was revealed. They meticulously removed everything down to the basic concrete walls and began to rebuild.

I’ve kept my eyes on the construction whenever I take my dogs for a walk at Ulua Beach. It appears that they are working on the interiors of the units and beginning to construct a new structure close to the beach. I was pleased to learn that the hotel will be LEED certified. That’s the first hotel of its kind on Maui.

The Andaz will primarily be comprised of hotel rooms, however, several units will be offered for sale. Official prices have not been released as of yet. There will also be a second restaurant, a less casual cafe, an amazing spa (that will be saved for another blog), and the hotel is trying to attract the lucrative wedding demographics (expect a big push on that front). A four tiered pool, fitness center, and use of local golf tennis courses are perks for staying there.

Remember when I mentioned that a new structure was being built close to the beach? This, I believe, will be the new home for Morimoto Maui, which will be steps from Mokapu Beach (pictured below).

Could this possibly be where Morimoto Maui will be located?

The cuisine will be a mixture of Japanese and Western, integrating Japanese culinary techniques with local Hawaiian ingredients. The restaurant is scheduled to open when the hotel does, sometime in the summer of 2013.

It will feature interior seating, terrace seating, and bar terrace seating. Guests can continue to experience the beach even after you pack up your towels and bags. Just hang out at the terrace bar. I’m certain the sunsets will be amazing.

For more information on the Andaz, don’t hesitate to contact me. 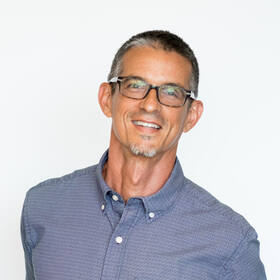 Love the steel frame construction and I may just have to pop over to experience Morimoto’s new spot! Keep us posted on progress, please.

Love the steel frame construction and I may just have to pop over to experience Morimoto’s new spot! Keep us posted on progress, please.

@ beth – I can’t wait for the opening. Now I know where to have my house guests take me! Thanks for reading!

@ beth – I can’t wait for the opening. Now I know where to have my house guests take me! Thanks for reading!

Thanks to Maui’s ideal climate and fertile soil, we’re fortunate enough to have farms on every part of the island, …