Women’s March on Maui – Aloha For All

As the most ethnically diverse state in the Union, Hawaii is very tolerant to all walks of life. This was shown by the approximately 5,000 people who turned out on Saturday, January 21, 2017 to show their support for human rights and the environment. 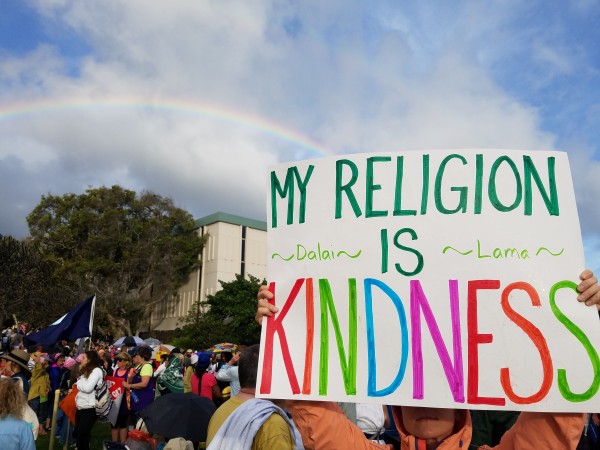 No rain, no rainbows

The idea for the Women’s March came to a grandmother in Hana, Maui, and started with a simple Facebook post that grew into something much more than she ever imagined. Read “How The Women’s March On Washington Went Global” for more information.

The Women’s March on Maui started on the front lawn of the University of Hawaii, Maui Campus. It was a wonderful gathering of friends, family, men, women, and children. Multiple races, ethnicities, sexual orientations, religions, and people of varying disabilities were also present and supported. There was a true feeling of mutual love, acceptance, and respect that permeated the gathering with aloha. During the opening ceremonies and moment of silence, the crowd was pelted with a brief rain shower and rewarded with a full rainbow. A wonderful reminder of “No Rain, No Rainbows.” 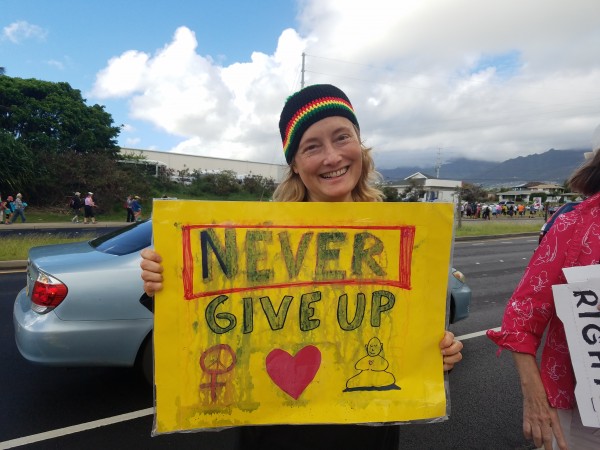 “Never give up,” despite the rain

Marchers slowly and peacefully trekked along Ka’ahumanu Ave. to the traffic light at Queen Ka’ahumanu Shopping Center and back. To much delight, the overwhelming public response was horn honking, shakas, and smiles. At one point, a car slowed down so the elderly woman passenger could get a better look at the marchers. It was then that we noticed she was crying; we were fighting when she no longer could. 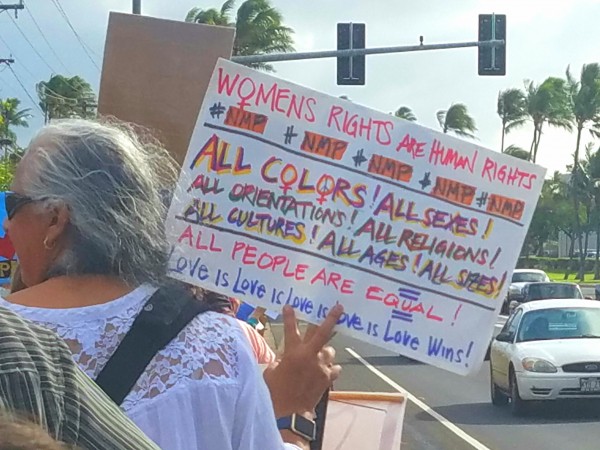 Thank you to the Women’s March volunteers and Maui Police Dept. for keeping everyone safe.

Looking For a Vintage Retreat Not Far From Town?

1664 Makawao Ave This single-level 2 bed/2 bath home is only minutes away from Makawao. The cottage sits off the main …