Best Place to Live in Oahu

As an agent with Hawaii Life here on Oahu, one of the biggest questions I get is where is the best place to live in Oahu? Obviously, this will always boil down to what makes the most sense for the buyer but the locations of the island are extremely different. As an agent, my job is to listen to the clients and try and make some recommendations that work for the buyer’s needs. As a proud member of the Hawaii Life Zillow and Military Specialized Team, it is not uncommon to get calls from clients that are moving to Oahu but are not familiar with the different areas. Many have been to Hawaii on vacation and never thought that living in paradise could be a reality. Of course, with the numerous military members’ orders may come in, the permanent station change for them might be Hawaii and they possibly have only seen the island online.

When deciding on the best place to live in Oahu, keep in mind that the island has a very diverse feel not only on an emotional level but also on a scenic and weather basis. For example, it might be hot and sunny on the Leeward side and raining and windy on the Windward side all at the same time. The most common questions I receive about living in Oahu usually centers around how big is Oahu and traffic conditions. Geographically, the island is small compared to the mainland and even the outer islands. Oahu is the third largest island and consists of 597 square miles. This translates into 44 miles long and 30 miles wide, which is not a lot of land when you stop and think about it. However, with now almost 1.43 million people living in this small area, traffic can have its challenges. The bulk of the workforce is either heading to a military base or to town. It seems that traffic gets extremely congested very early in the mornings and also early afternoons. With that said if you are traveling outside of those times, you can zip in and out of town fairly quickly. As someone who has lived in big cities such as Chicago and Miami, it really is not that bad in my opinion. Our congestion, barring unforeseen accidents, is fairly predictable versus cities that have gridlock 24/7.

When deciding where to live in Oahu, you may consider neighborhoods close to where you are working and the possibility of having to deal with the traffic but it also can be around where you feel a connection. 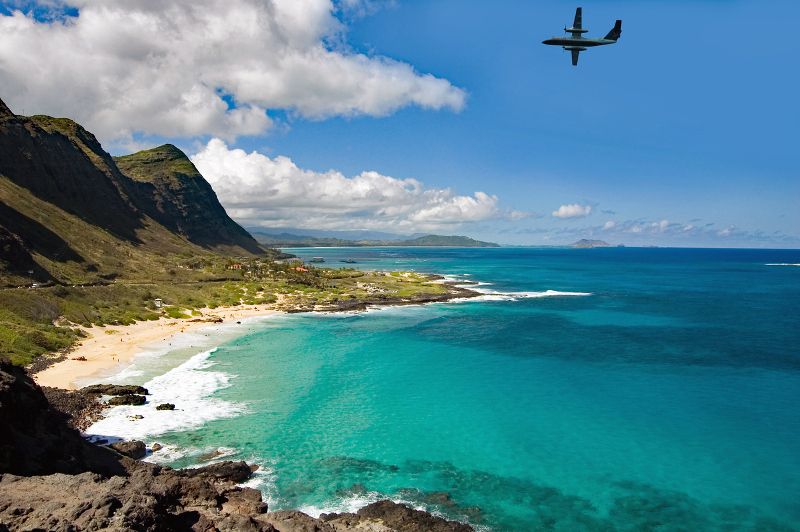 Living in the North Shore

The North Shore (NS) and the surrounding communities such as Haleiwa, Laie, and Hauula are mainly known for being more remote on the island and for its legendary surf spots. Traffic can be somewhat difficult in and out of the North Shore since the roadways are mainly local streets but the views of the surf breaks are amazing. This still has a very local, southern California vibe of a laid-back small surf town. No big rushes will be found, no neon signs, just good local food, great people, and amazing views from all directions. This still has a country feel and a great plot of land with privacy to enjoy some space can easily be found for the right price. The NS is certainly not cheap, and that is mainly due to the fact it’s not overbuilt although some would argue it is.

Living in the Leeward Side

Some of the best neighborhoods in Oahu are on the Leeward side such as Kapolei, Makakilo, Ewa Beach, and Ko Olina. The areas have seen an explosion of construction both residential and also commercial. The roads have some of the better civil engineering around with many ways in, around, and for parking. Most of the newer malls, movie theaters and restaurants have popped up on the west side of the island. This is predominantly known for the large military population, good walkways and paths, and a sense of community. This is where you will find newer, larger homes but it definitely has a more suburban feel. The neighborhoods in this area have been experiencing great value appreciation with all the new construction in recent years. 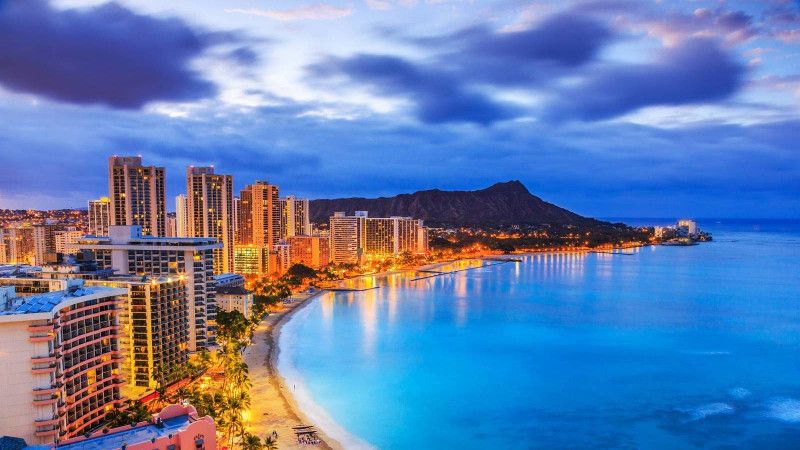 Honolulu and the surrounding communities like Kaimuki, Diamond Head, and the metro area at large are experiencing some renovations. The high-rises in Kakaako are going up quickly and selling out fast. New restaurants and hot spots are opening daily. The area is being transformed into a larger metro area but with a sense of community and connectivity. Everyone has heard of or seen the busy hotels and beaches of Waikiki. The area has some of the best neighborhoods, shopping, restaurants, and nightlife in the world. The prices are on the rise, but if you want all the benefits of a large city that feels small this is the place. With all the new development, the walkability to theaters, restaurants, and shopping has greatly improved. This is where you can find a great mountain and ocean view all in the same place while in the metro area.

Living in the Windward Side

As you head to the Windward side of the island passing over the lush green mountains you will absolutely know why some of the best neighborhoods in Oahu are located here. Coming out of the tunnels on the H3 or the Pali you can’t help but marvel at the beauty. The areas around Hawaii Kai, Kaneohe, and Kailua are known for water sports and also pure beauty. This is not without its challenges as this side of the island traditionally has seen some of the highest priced real estate. You can find expansive views of Kaneohe Bay and also the picturesque beaches of Lanaki. The area is known for some great hikes, mellow waved beaches and great shopping. It certainly can get congested with tourist poking around Kailua trying to find where President Obama use to stay or since it has been picked up in TripAdvisor as a must see but it certainly is beautiful.

There are many, many other parts of the island that are breathtaking from the beaches in Waianae to the mountain backdrop of Kunia to the central location of Pearl City that all warrant a discussion. There is a great fit for anyone’s lifestyle, homestyle, location or desired school district on this magical island. A book could be written about why each location and area is the best place to live in Oahu but it always comes back full circle to what is best for the buyer.  There are many well know areas and also some all that not well know parts of the island that all have something great enclosed in the community. The one thing is for sure is that you can find a fit somewhere on Oahu. The areas are different, the prices are different and the feeling is different but that is part of what makes Oahu a great gathering place.

Our family will be relocating in Oahu the end of September. We are looking in to renting a townhouse or a single family house for a few months until we find the right property for us to buy. A 2-3 bedroom, 1-2 bathroom with at least a garage is a must. We have a 14 yr old boy, will be in 9th grade this coming school year and he is very active in baseball. So we are looking for a place where it has a great high school with great baseball team and also of course a great place to raise a teenager. We have been surfing the web and so far found Mililani Town as having the great school and place to live. Also we found Ewa Beach as a growing community and sounds like similar to the city where we live right now which is Parker, Colorado.
With your expertise, please let us know which place would best suit our needs. Thank you.

I practically never ever post responses on blogs, but I like to say I appreciate reading this weblog. Normal I site about psychological illnees, like ADHD.

Do people live in Haleiwa and work downtown Honolulu? I am looking for a peaceful life outside of work, but I realize I do need to keep my career moving forward. Was thinking the drive wouldn’t be too bad if I’m working finance job where I have to get to work really early and could leave for home in early afternoon. What do you think? Is this possible, or am I crazy?

Very true article! All the city mentioned are spot on!