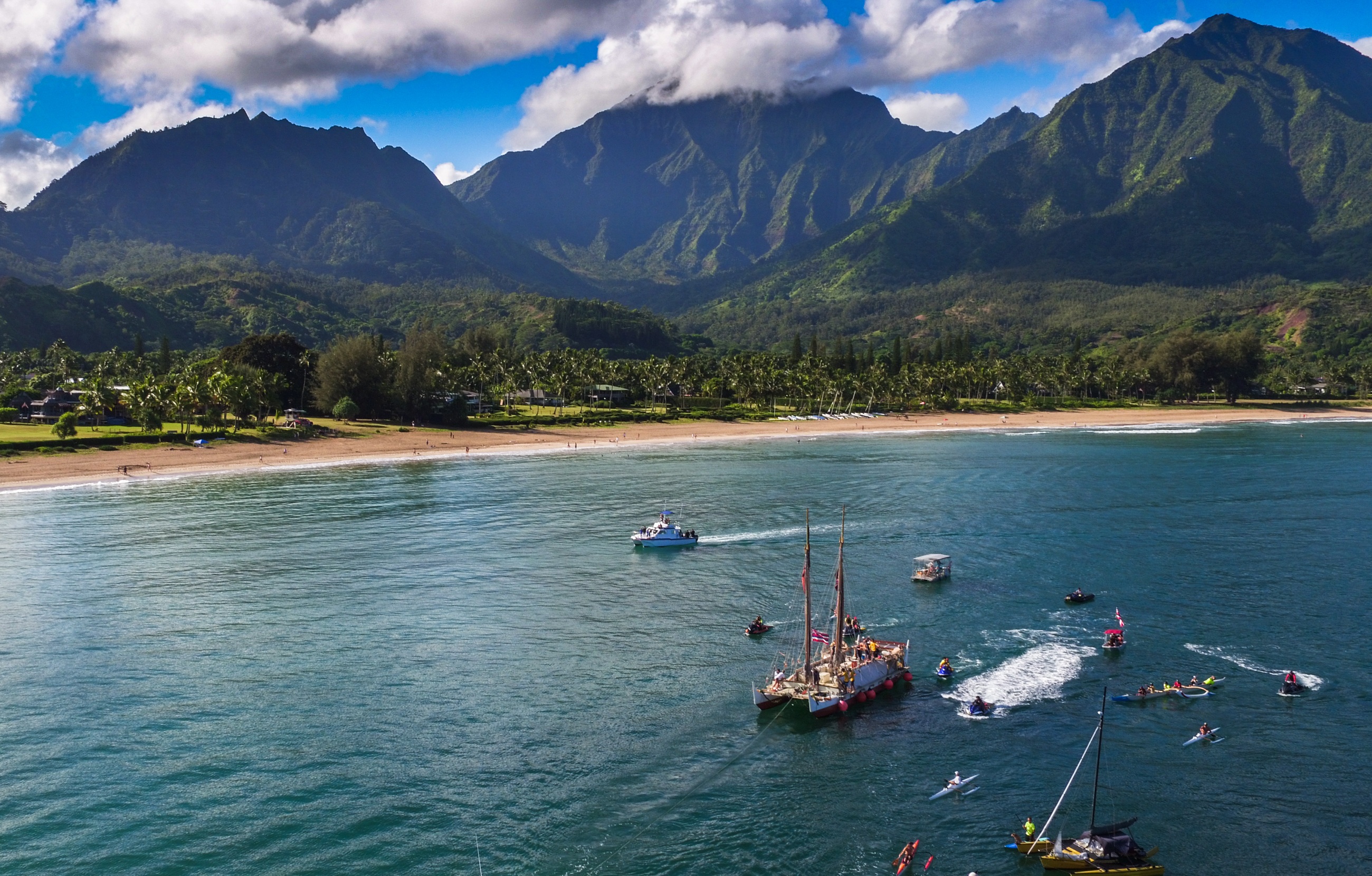 In June of 2017, Hoku returned back to Hawaii filled with stories, smiles and the exchange of new cultures. She then began her ‘Mahalo Hawaii Sail’ along with Hikianalia, Hokulea’s sister escort voyaging canoe. They plan to visit the entire Hawaiian island chain and began with Kauai.

In this 3 day visit to Kauai’s Hanalei Bay, crew members have shared the experience they endured on their voyage and participated in community events. Some of the welcoming included an escort by Hanalei’s canoe clubs and hula and chanting from the local halaus.

Welcome home Hokulea. Thank you for your visit. 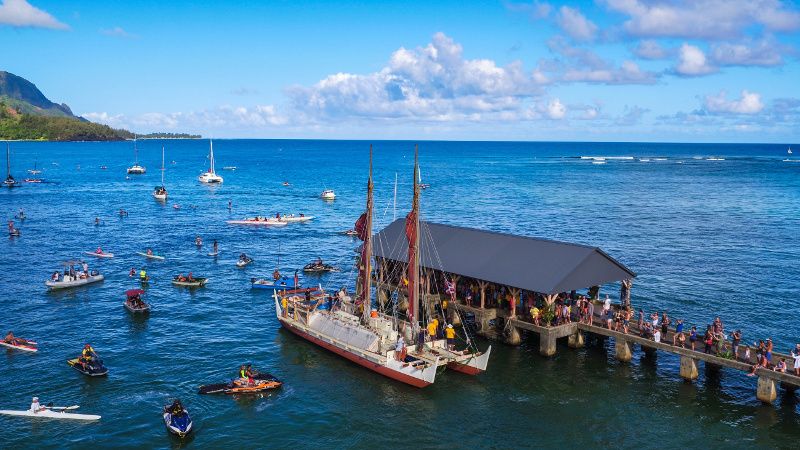 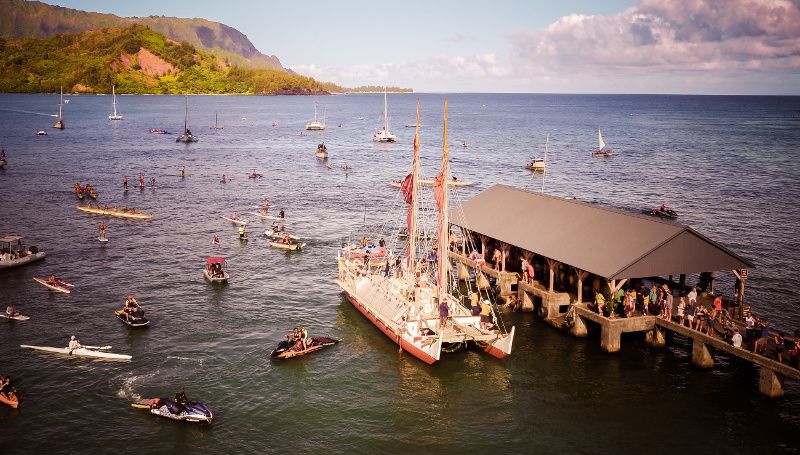 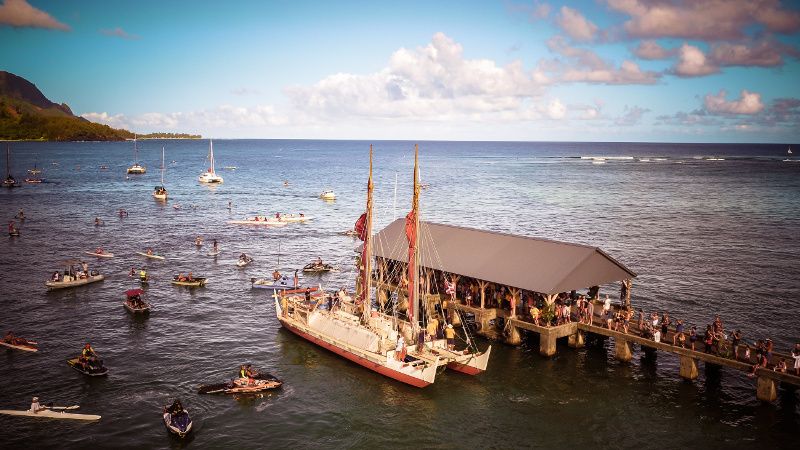 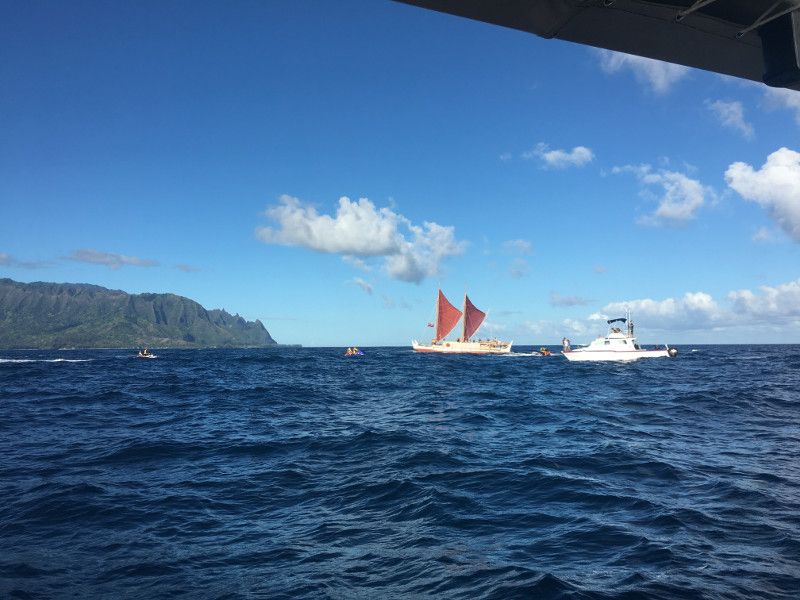 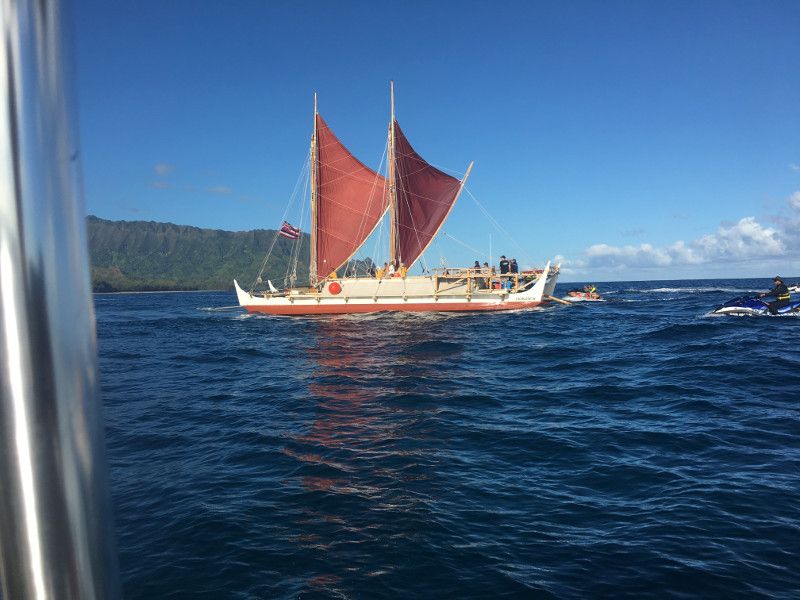 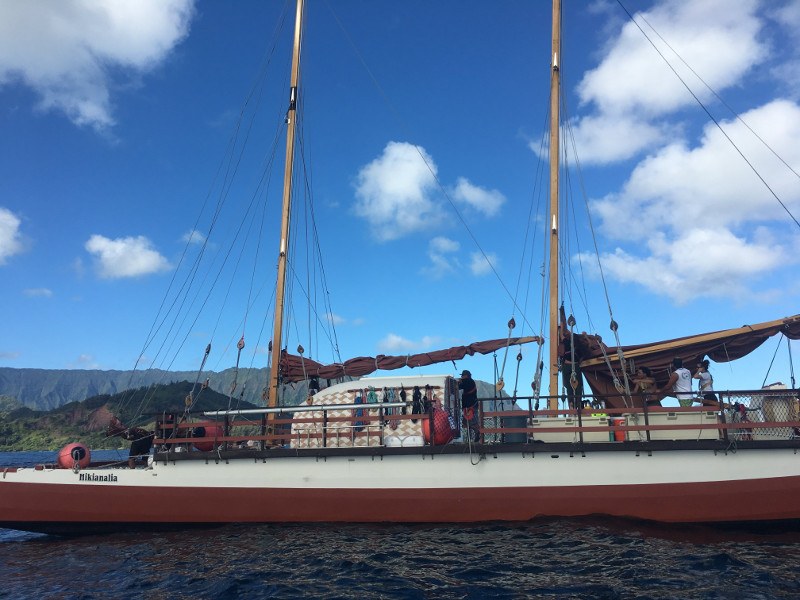