Ward Village Plans for Above Ground Walkways and Cancels Tower – Say What?

There are big changes happening at Ward Village. The 60 acre master planned community in Kakaako is going through more construction and a redesign process. In the building industry, as in real estate in general, changes happen all the time. Plans are made, progress is made, designs and ideas change. Most of the changes are small and not noticeable, however, occasionally, changes can be big. Ward Village is a prime example of how a development can evolve. The construction of the Central Plaza has begun, cancellation of one condominium tower was announced, Ward Village walkways are in the planning stage, and tower count has been revised. 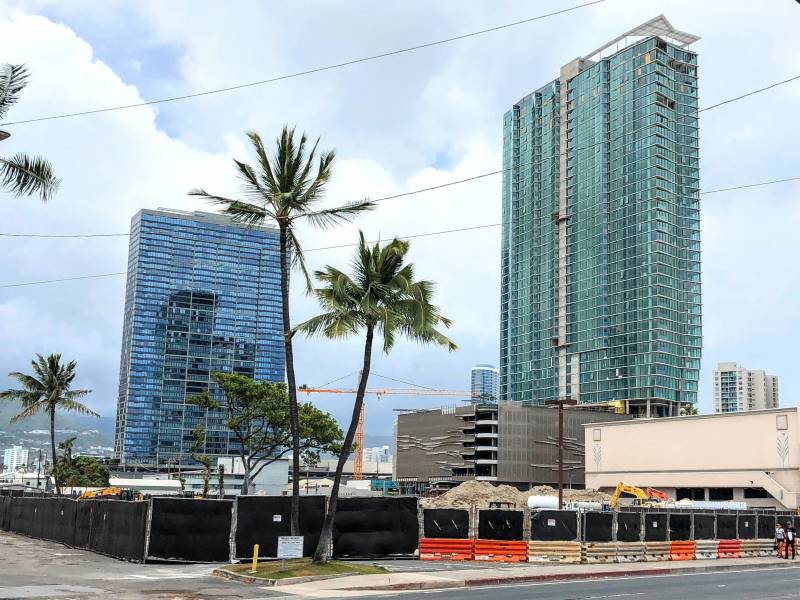 The construction of the future Ward Village central plaza has begun.

Ward Village is beginning to look more and more like a community. In addition to the Ward Village condos, the Central Plaza park, is going to be a part of the landscape. Construction of the park has begun. This will be an area where future Ward Village events will be held, and where residents will enjoy the outdoors.

The ultra-luxury Gateway Towers condominium building, where the Ward Warehouse once stood, will not be built. As of right now, there is a vacant lot right across from Kewalo Harbor. People who made deposits for this projected tower, will be receiving refunds. It is not yet known what exactly will go in the space where Gateway Towers was projected to be built.

The exciting news coming from the Ward Village planners is the new idea of building elevated walkways that would allow pedestrians to easily reach Ala Moana Beach Park, the ocean, and Kewalo Harbor. Walkways would connect some of the towers, and would also allow pedestrians to easily cross over the streets. The proposed Ward Village walkways would go over Ala Moana Blvd, Auahi Street, and Ward Ave. Additional retail and connection to the Central Plaza are also being incorporated in the design, as is a future connection to rail, which is currently going to be running along the back side of the master plan. At present, city and state approvals, and public input is still required to make this revised plan for Ward Village a reality. What do you think of this idea for Kakaako condos?

Howard Huges Corporation is revising its master plan to also build fewer towers than originally projected for Ward Village, going from 22 to approximately 16. The towers will be built with narrow sides facing the ocean and the mountains. This will allow more owners to have better views makai-mauka (ocean-mountain) views. 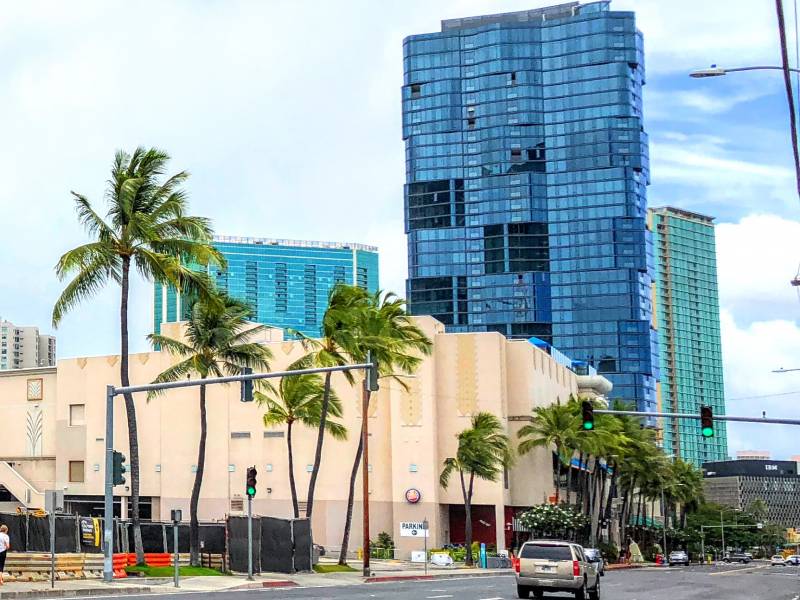 For information on Kakaako Condos for sale and Oahu real estate, please don’t hesitate to contact me.