The holidays are right around the corner and that means it’s time for one of the most beloved community events on the Big Island – the Waimea Christmas Parade! Now in its 58th year, the Waimea Christmas Parade is the second oldest parade in the state. Always held on the first Saturday in December, this year’s parade will be held December 1, from 5:30 p.m. – 6:45 p.m. and its theme is “Honoring Our Teachers – Our Guiding Stars at Christmas and Always!” 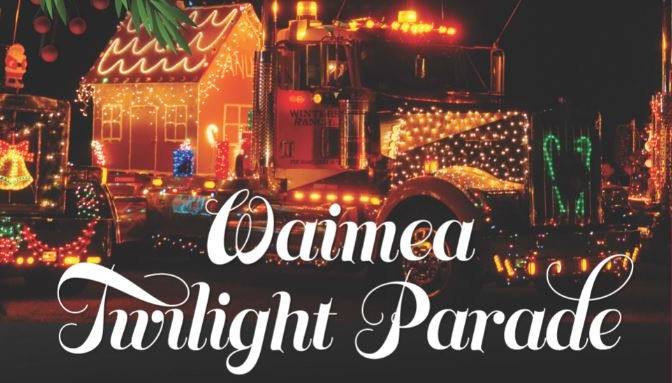 With its signature lighted trucks and Santa float, this parade is a true community event involving dozens of groups from across the island ranging in age from keiki (children) to kapuna (seniors.)

Waimea’s cooler temps and plentiful pine trees make it feel like wintertime – even though we are in Hawaii. Be prepared to dress warm! It can get chilly at night in Waimea – think sweaters, coats and hats. That’s part of the parade’s appeal – the cooler temps help make it feel more like Christmas. 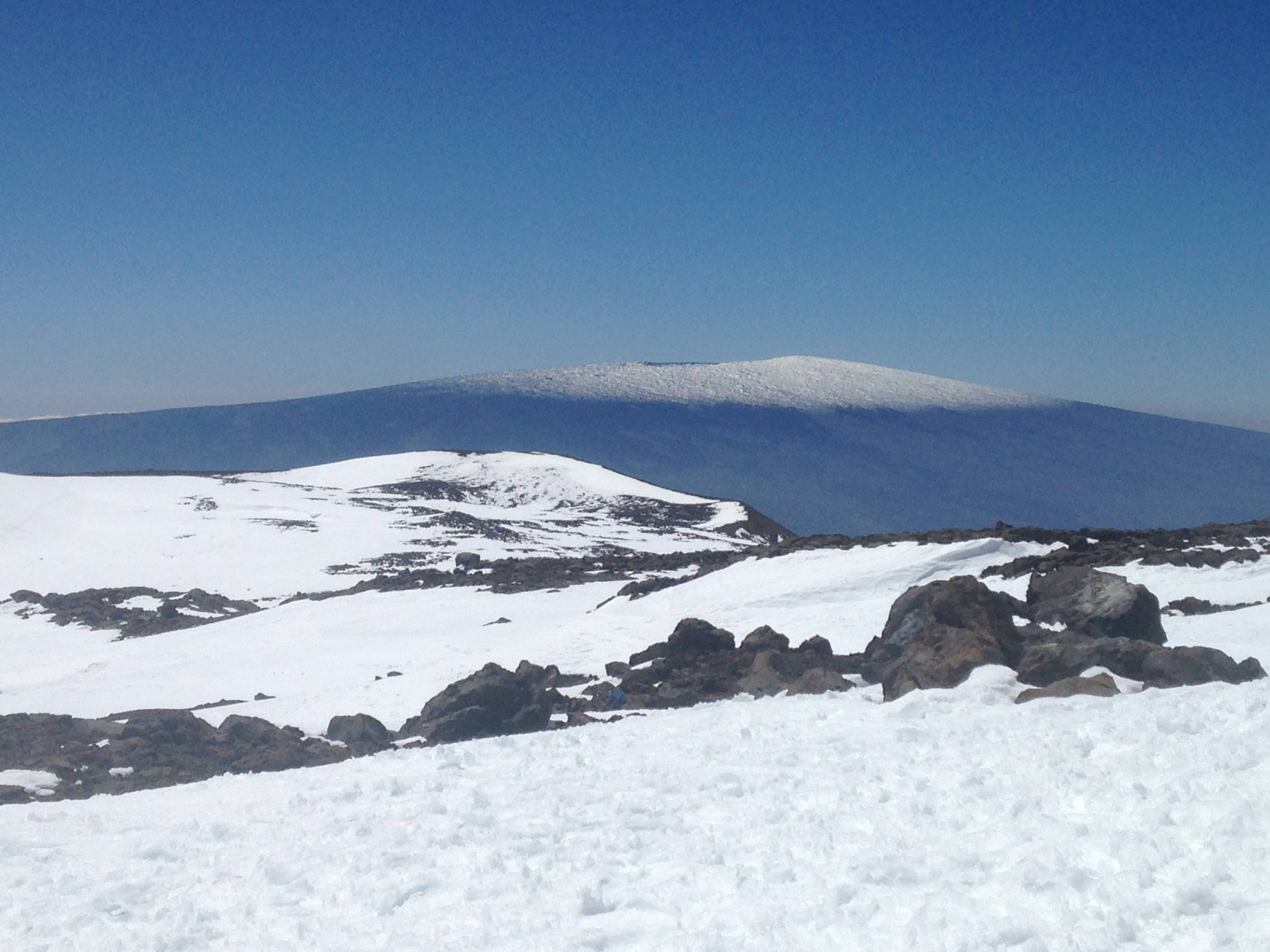 This parade attracts big crowds and you will definitely want to get to Waimea early to find a space along the parade route. (Families bring lawn chairs, blankets, and coolers  – some even set up tents along the parade route! Don’t forget the thermos of hot chocolate and an umbrella in case of rain.) 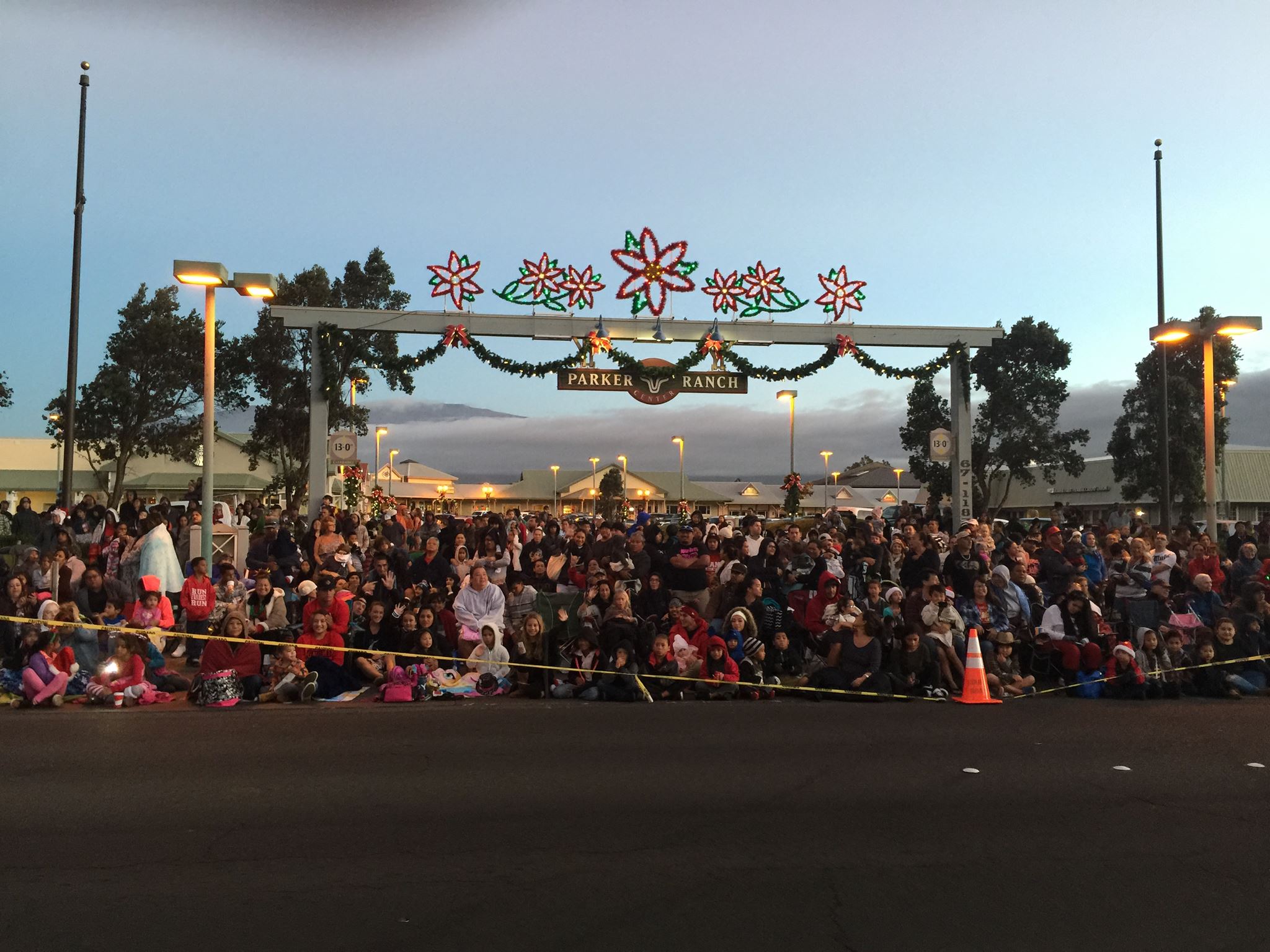 Residents from across the island make the drive to Waimea every year to attend the Waimea Christmas Parade. It is really a family tradition for many all over the island. Over the years, other community events have sprung up on the same day and if you don’t live in Waimea, you will want to make a day of it. There are several craft fairs across downtown Waimea on parade day. The craft fair at Parker Ranch Shopping Center is particularly busy, featuring dozens of local artisans selling local art, hand made items, and products. There are some very talented artists at these craft fairs and you’ll find items that make ideal holiday gifts.

Traffic Advisory: Bear in mind that Mamalahoa Highway (Highway 19) shuts down to traffic running through Waimea Town Center from 5:30 – 6:45 p.m. and only emergency vehicles will be let through until the parade finishes. So plan ahead and expect delays. The parade starts at Church Row, and will turn right onto Mamalahoa Highway thru town center, then turn right onto Lindsey Road at the main intersection, passing Parker School to disband at Waimea Town Park.

If you have kids or grandkids, you will want to stick around after the parade and visit with Santa at Parker Ranch Center. Children can have a free picture taken with Santa and there will be goody bags for all children, while supplies last. 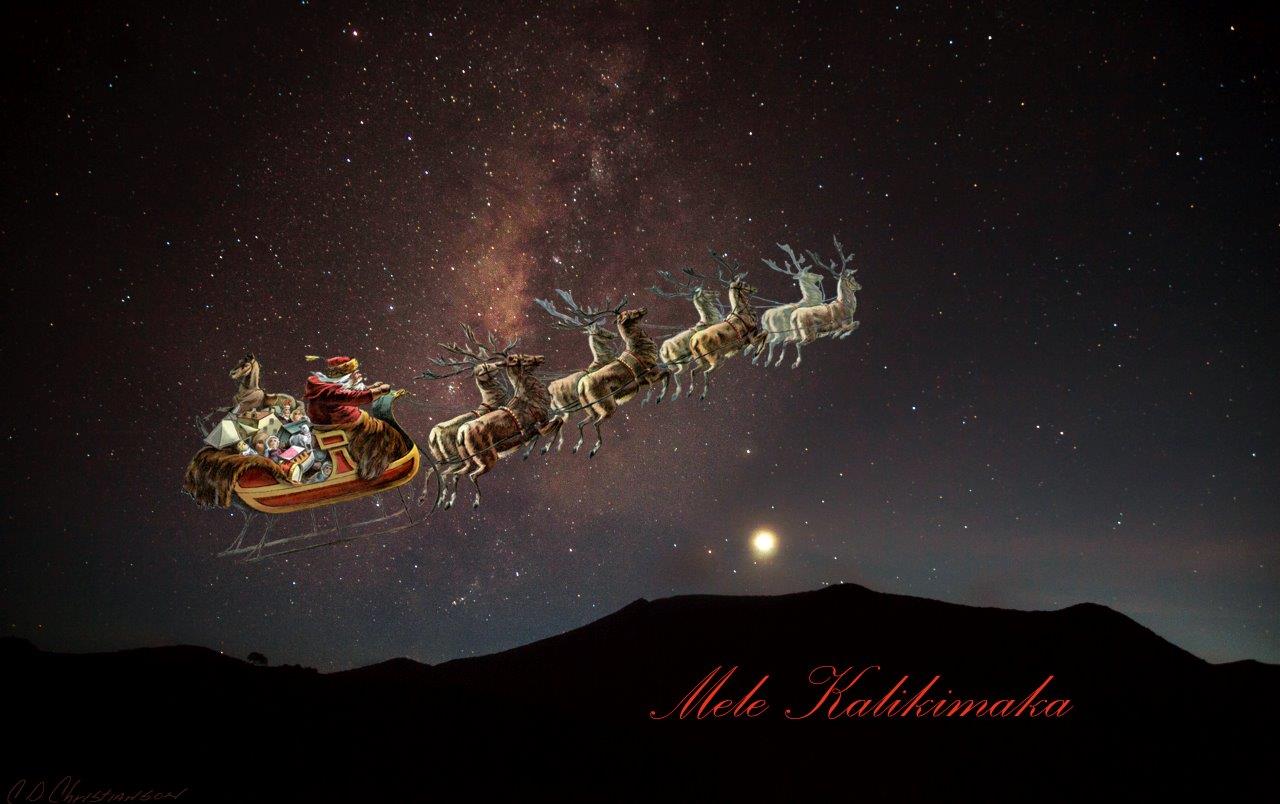 Stargazers will want to stick around after the parade for the annual Canada-France-Hawaii Telescope (CFHT) Stargazing Party. The free stargazing party starts at 7 p.m., immediately following the parade and is held on the CFHT front lawn, 65-1238 Mamalahoa Highway. Enjoy hot beverages, keiki activities, and the chance to talk to astronomers. For more info on the CFHT Stargazing Party call 808-885-3121 or email outreach@cfht.hawaii.edu. 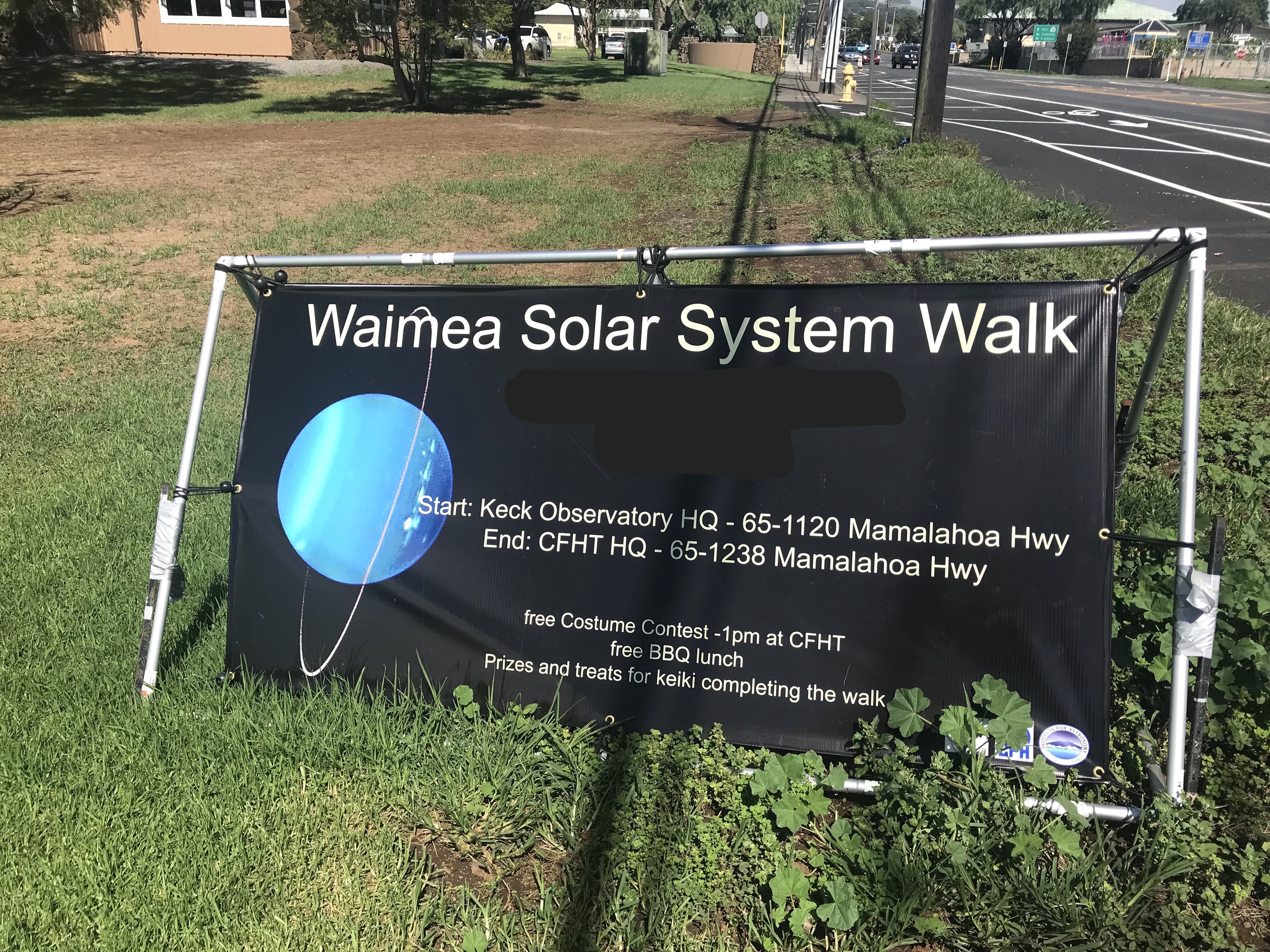 In the spirit of the season, parade organizers encourage parade participants and spectators to support the Big Island Giving Tree, a charitable organization that helps island families and kapuna year round.

For more information on the Waimea Christmas Parade, go to waimeatown.org.