Continuing our voyage through the colorful history of Kauai’s Valley House Estate, we learn about the Spalding family’s eventual release of the property, the estate becoming Kauai’s first grand resort, days of overgrown landscapes and overgrown beards (read: hippies), and the properties eventual survival to its more modern-day use — the private ownership and pleasure of modern day wealth.

The Spalding's home, simple yet stately (Photo: Courtesy of the Kauai Historical Society)

Highlights of this section include:

A moment in time captures the end of the Spalding era (Photo: Courtesy of the Kauai Historical Society)

As the collective local folklore would tell it, the Valley House Estate’s existence from the mid 1920s until the early 1940s was one of dilapidation and mayhem. In fact, the Spalding’s use and maintenance of the property continued with regularity until they offered it up to the U.S. Army in 1941.

At this point it was transformed into a compound, with various structures being built including four barracks, a large warehouse, garage, bomb shelter and an ammunition tunnel constructed into the hillside — all of which still stand today.

With the Army’s departure in 1946, the property was left in shambles. Since none of the Spalding clan planned on living there full-time, Julia Spalding decided that the upkeep and restoration of the property to its original state was not worth the effort, and on behalf of the family, she put the property on the market.

How the Estate Tracked a Parallel Transition to that of Kauai’s Industry in General, from Sugar to Tourism

It was sold to Dr. W.J. Holmes, a man with grand plans of opening the first hotel project on Kauai. Holmes heavily invested in renovation and modernization, changing the private home into a comfortable hotel environment capable of accommodating up to 50 people.

Given the growing levels of tourism and lack of high-end accommodations, one might think the estate would thrive in such an endeavor. This was not so. Within two years Holmes sold his interest to Mrs. Edith Lusher of California for a reported $67,542.98.

A bridge to opportunity for some, refuge for others

As Lusher evidently lacked the business savvy to turn the venture into one of profits, by the summer of 1950 the hotel was broke. At this point, the story blends with myth as legend has it that Mrs. Lusher set the hotel ablaze and took with her not only the $50,000 in insurance money, but central residential structure of the Spalding era. Though investigations took place and a court case ensued, nothing was proven, as all the records were either sent off island or destroyed in the fire.

After lying dormant for 3 years and as a result of Lusher not paying taxes for the preceding year and a half, the property was put up for auction and purchased by Dr. Holmes for $30,000, who was believed to be protecting his investment of years prior.

Some time later, Dr. Holmes sold the land to Tong Hui, whom had an association with China and the origin of Aloha Airlines. After some period of neglect, with nature once again having its way with the property, an aesthetic and landscape revival commenced. Led by Hui’s caretaker, Nishizawa, the Valley House Estate’s glory made a comeback with the planting of a many passion fruit and over 300 lychee trees — which today make up the largest lychee orchard in the state.

During the summer of 1973, the property once again followed a trend of the island, though this time not so industrially linked. Dr. Fred J. Weaver III, a then resident psychiatrist at Mahelona Hospital, attempted to set up a “free self-sustaining community” under the support of the California-based Institute for Creative Learning (ICL), and organization he had founded.

However, the ICL residents who worked hard to clear the land and make it livable soon protested Weaver’s style of leadership and in a crafty “one-two combo” discovered the ICL’s California-based foundation and incorporated themselves as the ICL-Hawaii, banning Weaver and his fellow Californians from the property.

Now in the hands of “the people”, from 1973-1975 the Valley House Estate served as home to a true-to-the-earth hippie commune, where people lived in structures all over the property and functioned in a semi-sustaining manner. Known as a sibling community to Taylor Camp — located in the beachside trees of Haena on the North Shore — one can only imagine how these days most likely echoed free-love in a plume of smoke straight from the 1960s.

In 1975, the ICL-Hawaii lease ran out and the ‘creative learners’ had to vacate the premises. On December 31, 1977 the Valley House Estate was acquired by Jules Kanarek, where he proceeded to clear the jungle and turn the property into his tropical retirement estate.

Stay tuned for the next chapter in this historical narrative, where we explore Hollywood’s discovery of the silver-screen-worthy Valley House Estate… 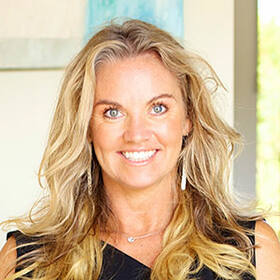 Aloha – Thank you for the historical information from this era. We made a film about Taylor Camp that covers much of the history and culture from the hippie viewpoint, as well as the local viewpoint and stories from Vietnam Vets – all from the 1969-1977 time period. We invite you to check out the film and a wonderful book by John Wehrheim, long time Kauai resident, who photographed Taylor Camp in that time period. He has an art gallery showing in Kapaa starting September 1 and running through October 28.
Peace and Blessings,
Robert C. Stone

Aloha – Thank you for the historical information from this era. We made a film about Taylor Camp that covers much of the history and culture from the hippie viewpoint, as well as the local viewpoint and stories from Vietnam Vets – all from the 1969-1977 time period. We invite you to check out the film and a wonderful book by John Wehrheim, long time Kauai resident, who photographed Taylor Camp in that time period. He has an art gallery showing in Kapaa starting September 1 and running through October 28.
Peace and Blessings,
Robert C. Stone

Wow, Roni! The history on this place is radical. Yet another reminder that every piece of land has a true story. Thank you for the incredible recount of this amazing property.

Wow, Roni! The history on this place is radical. Yet another reminder that every piece of land has a true story. Thank you for the incredible recount of this amazing property.

The first time Leona Wilson laid eyes on the six-acre parcel of vacant land perched high above Wailuku, she knew …

New on the Market! Contemporary Beauty in Kona Vista, Big Island of Hawaii

The next phase of the pandemic is upon us, Kauai — as of last week, we’ve shifted from Stay-At-Home on …