Traveling with Pets on an Airplane to Hawaii

I have lived on Maui for many years now, and had taken my dog back and forth between the mainland and Hawaii for several years before he passed on. Personally understanding most of the rules, I know it can be done without too much stress. 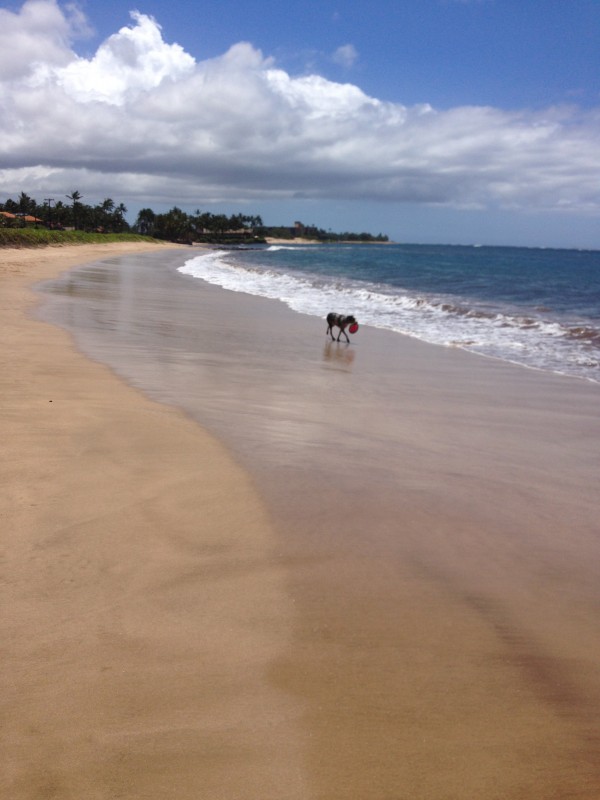 I still get the common statements and questions regarding mostly dogs and cats traveling to Hawaii, and that is: Is there a quarantine period? The old days of a quarantine period can now be avoided by following several rules outlined by the State of Hawaii. You can qualify your animal for the “direct release” program if you follow the criteria. But I wanted to talk less about the State of Hawaii regulations since that has been talked about quite a bit and there is already a lot of valuable information from the State available.

Rules for Bringing Pets to Hawaii

More importantly, I wanted to talk about the airlines and some of their rules. I still get a lot of questions about quarantine, which can be avoided now, but it is the airlines that is really the more difficult hurdle to overcome. The reason is that each airline has its own set of rules regarding the transportation of pets, and you will want to read all of the fine print. Be sure to figure this out before you book your tickets.

If you are planning to bring your dog or cat into Hawaii, you should go ahead and start to implement the State requirements, such as getting a microchip and a rabies antibodies blood test on your animal. Then, there is a 4 month waiting period for the results of the antibodies test. During that time you need to be looking into the airlines you plan on traveling. Determine which airline would be your first choice, and then find choice 2 and 3.

You will need to look at the specific pet policies for each of those airlines. Many airlines restrict certain breeds of animals as well as the time of year you may travel with pets due to hot and cold temperatures. For example, some of the breed restrictions are short-nosed (brachycephalic) dog and cat breeds. The temperature restrictions can be a combination of time of year where it may be too cold or too hot for the animals.

It is not so much the temperature of the plane itself, but the outside temps, since the animal may be sitting on the tarmac, or in an area awaiting to be loaded onto or off of the plane for an extended period of time. Those are the areas that the airlines cannot control the temperatures, and do not want to risk the animal’s health. Airlines also do not like you to tranquilize your pet, it actually puts them at a higher risk.

You will find out other information, like kennel requirements, the type or design of kennel or crate you must use. Size, material, ventilation, and also you must affix “live animal” stickers to the crate. Your pet must be able to stand up inside. Animals must have some type of water source, I used to use a hamster type of water bottle attached to the cage. Dogs and cats can easily get dehydrated because they tend to get anxious during this process. Only one pet per crate is allowed. Some airlines sell approved crates. Again, there is a wealth of information on each airline’s website, but they will vary between carriers.

As a general rule of thumb, when you travel with your pet the airlines can transport animals in three different areas: in the Cabin (except to Hawaii), in Baggage, and in Cargo. Each area has a different set of rules and associated costs. For example, if an animal is over a certain size it will have to go into cargo instead of baggage, which means a higher cost. Hawaii is one of the few locations in the world that does not allow the pet to be transported in the cabin into the State, you can have your pet in the cabin when you leave the State, following the airline policy of course.

Certain breeds on certain carriers also require a reinforced crate. There are also restrictions as to what type of breed can travel during during certain months. For example, the United Airlines policy is: “May 15 – September 15: None of the following breeds will be accepted: Boston Terriers, American Bulldogs, Pugs, and mixes of these breeds.” Who is going to determine the breed of your dog if you have a mix breed and no type of papers? Not sure, but you need to be aware.

Another Thing To Pay Attention To

The other big deal is that the airlines allow only a certain number of animals per flight, so normally, I would find the flight I wanted, have the online booking right in front of me, call in to see if there was space available for my dog, then (1) book my flight online and (2) book the dog’s space on the phone. They will not book dog space without your reservation first, so it can get a little touch and go getting it done.

Most people who travel with pets to Hawaii are moving, which makes it a one time deal, and many decide, including me, after many back and forth trips, that depending how long your trip off island is going to be, it is cheaper and maybe less stressful to you and your pet to find a good pet sitter. Although my dog did seem a bit stressed and it was tough to hand him over at the checked baggage counter, he was always so happy to go with us wherever we went traveling, and to see us when we arrived at our destination. I do not think he ever was traumatized from the trips.

Upon arrival to Hawaii there are two different options:

The stop over in Honolulu allowed us to take him out to relieve himself and visit before getting checked again for the last leg.

Can Your Pet’s Flight Get Cancelled?

Yes, I have been cancelled one time on my flight, one cold January trip trying to fly from Sacramento, CA to Hawaii. There was a storm and I was turned away at the airport. You cannot call in and make sure that they will or will not allow the pet. It was a two hour drive each way to my home and it was a week later to fly to Hawaii on my rescheduled trip. I found it best to plan travel in the Spring and Fall when traveling with my pet.

Again, be sure to check out the website for the airline you will be traveling on, that in itself may change your mind and you may end up using another carrier. When you search the airline websites you can either just search for “pets” or find something under “travel information” and/or “travel for animals.” On some sites the information is a little deeper than others, but keep digging because it is there. I even took it one step further and printed off the airline policies because the agents at the terminal do not always know what the pet policies are

Now to find a place to live in Hawaii with your pet. I can help you out if you are looking for something here in Maui.

So how do you fly back and forth with them? After you bring your dog to Hawaii… how do you go back to California and the once again back to Hawaii? What do you need for that? 🙂