Honolulu’s Gold Coast is a beautiful stretch of coastline that sits on the quiet side of Waikiki. The neighborhood consists mostly of residential condominiums and cooperatives built in the late ’50s and ’60s. Designed as a resort destination for the new and glamorous jet set, the Gold Coast’s sixteen residential buildings stretch southeast from Waikiki to the base of Diamond Head, where they end in a series of charming, tree-lined streets with single-family homes that rarely come on the market. 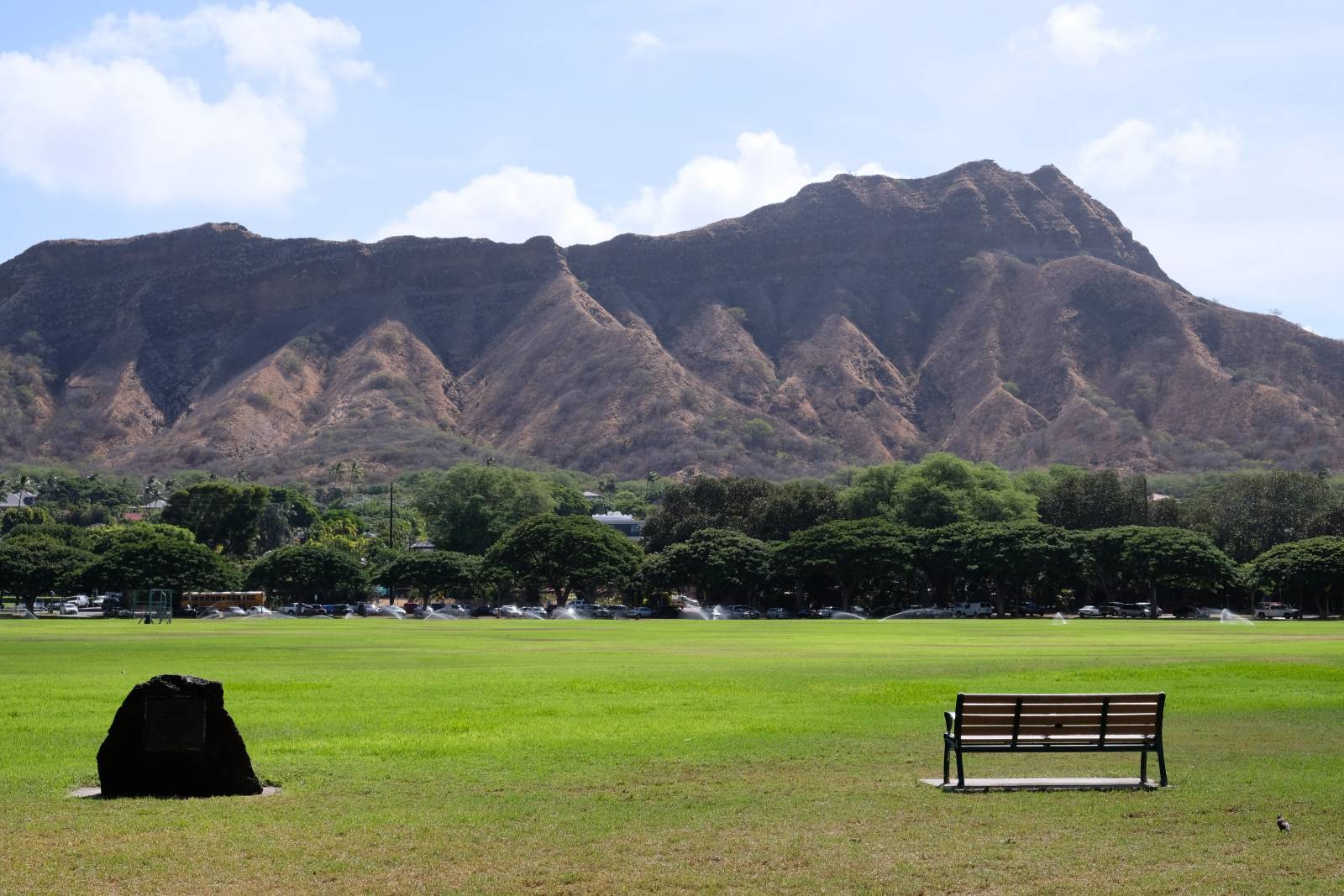 In the early morning, residents can be seen dropping their surfboards or standup paddleboards (SUPs) into the waves from the seawall fronting their condos or running the nearly 5-mile, hilly loop around the base of Diamond Head. Public tennis courts in the park generally fill up in the mornings and late afternoons when the sun is lower in the sky. The expansive Kapi‘olani Park is the perfect place for team sports, frisbee, dog walking, and family picnics.

The Gold Coast is located within walking distance to the vibrant nightlife, luxury retail and dining of Waikiki, and yet it feels worlds away due to its proximity to Kapi‘olani Park and Diamond Head.  The hike to the top of Diamond Head can be accessed through Diamond Head State Park just up the hill along Montserrat Avenue, where delicious eateries and cafes attract locals and visitors with their açai bowls, ono breakfasts, and mixed plate lunches.

The hike to the top of Diamond Head Crater is short and steep, and the trail takes you through several historic tunnels installed during wartime. The hike ends with a (gunnery) pillbox and then a set of steep stairs the summit lookout. It’s well worth the effort for the striking, panoramic views of Waikiki, Honolulu, and the Ko‘olau Mountains, not to mention the expanse of the Pacific Ocean at your feet. 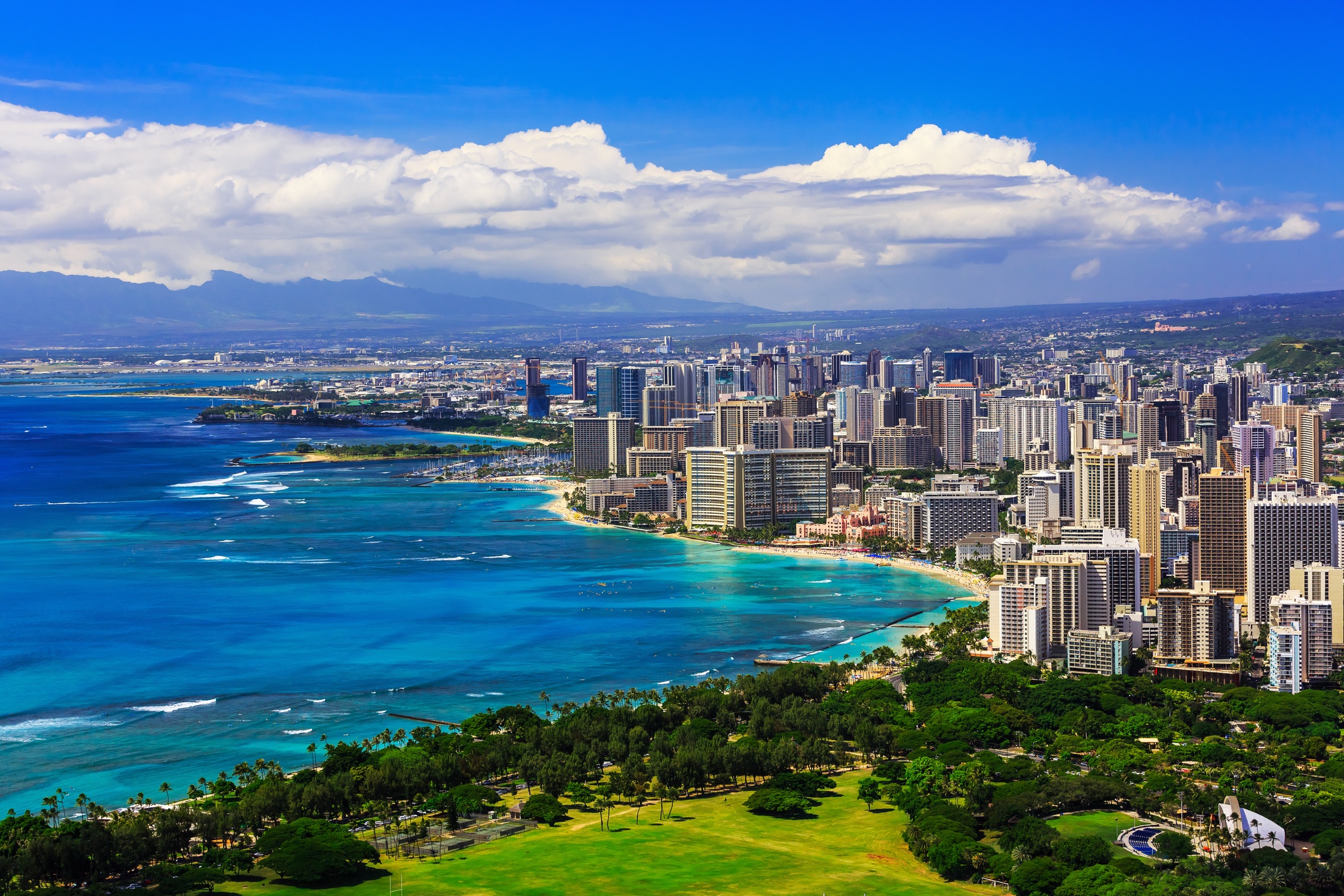 The view from Diamond Head, with Kapi‘olani Park, the Waikiki Shell, Waikiki Beach and the skyline of Honolulu, Hawai‘i.

The Gold Coast is home to the popular Outrigger Canoe Club, the Elks Club, and some of the most charming beaches and attractions on O‘ahu. The Honolulu Aquarium, Honolulu Zoo,  and the Waikiki Shell are all just steps away from this desirable stretch of Honolulu real estate.

The area is rich in history, too. At 300 acres, Queen Kapi‘olani Regional Park is the largest and second-oldest public park in Hawaiʻi. It was named to honor Queen Kapiʻolani, the queen consort of King David Kalākaua, who chose the flat, dry center of the park as an ideal spot the area’s wealthy residents to race their horses. These days, you’re more likely to find morning yoga classes in the shade of the park’s huge, remarkable trees and joggers doing laps on the path at the parks’ perimeter.

Hawai‘i Life Gold Coast is conveniently located within the New Otani Kaimana Beach Hotel, which is one of the few remaining resorts amongst the 16 buildings that dot the coast. Originally conceived as a luxury resort destination away from the crowds of Waikiki, most of the buildings have since been converted to residential co-ops and condos. Only the New Otani Kaimana Beach Hotel operates as a hotel, in the traditional sense. 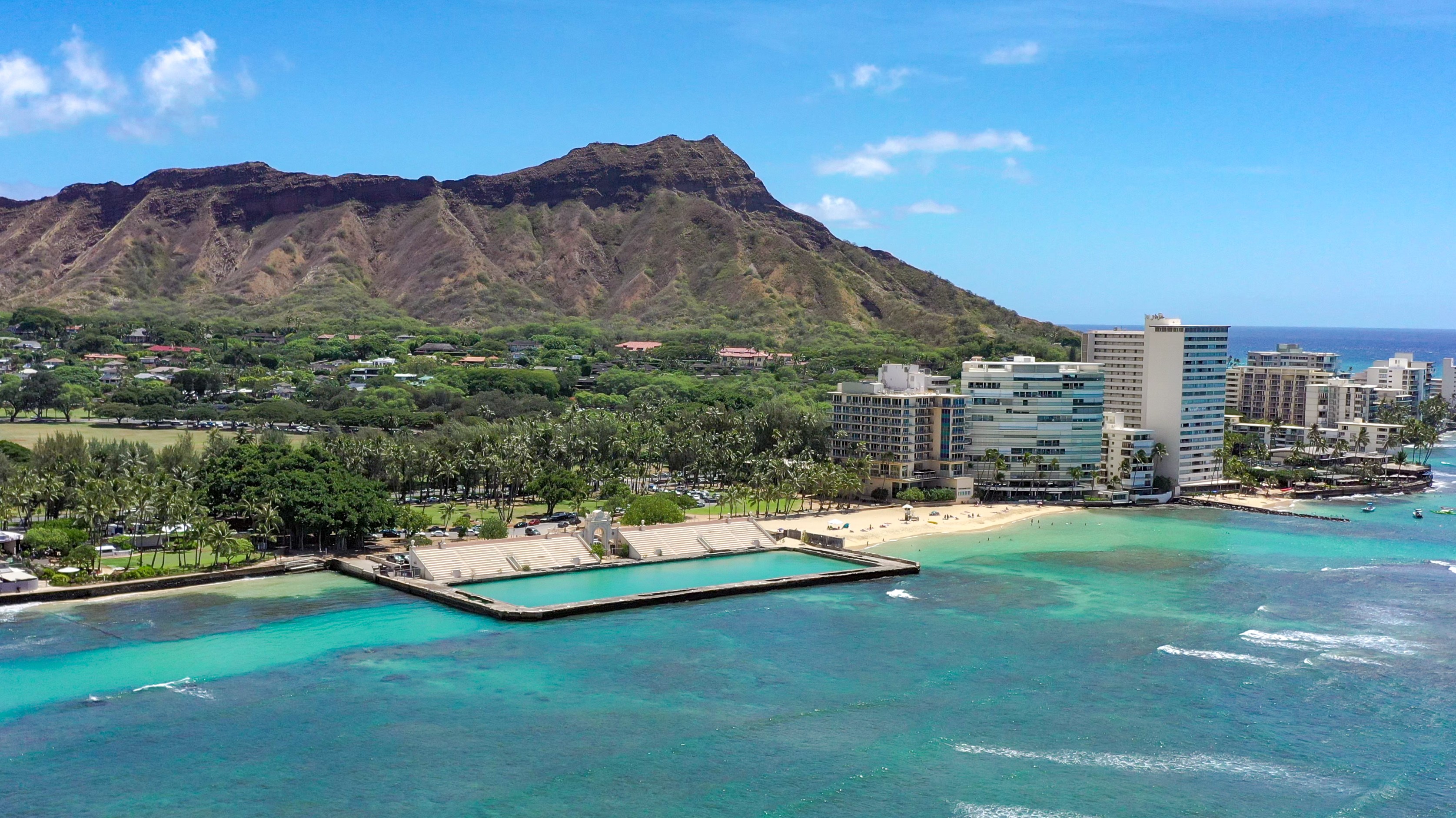 The Waikiki Natatorium War Memorial, Kaimana Beach and the Gold Coast at the foot of Diamond Head.

As the name suggests, we are very near the popular Kaimana Beach (also known as Sans Souci Beach) and the Waikiki Natatorium War Memorial. The memorial was built in 1927 as a monument commemorating the end of WW1. Originally designed in the Beaux-Arts style, the memorial features an ocean water swimming pool with a viewing deck and while no longer in use, it’s a popular local landmark and meeting place. Locals gather on the nearby lawns for BBQs and family gatherings on weekends and holidays. 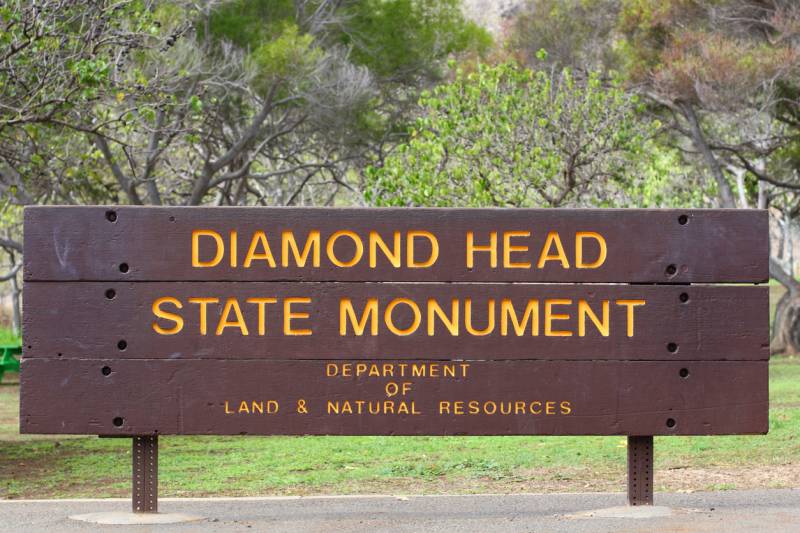 There’s so much to recommend this O‘ahu neighborhood. It has the charming, retro style of old Hawai‘i. Buildings feature volcanic rock walls and dark wood in their lobbies. The private clubs harken to a time when Hawai‘i’s leisurely pace was one of its biggest attractions. The close-up views of Diamond Head from Gold Coast condos are beyond compare. Residents wake up to greet the ocean on one side of their building and Diamond Head on the other. The lack of through traffic in this area make it a quiet alternative to the hustle and bustle of Waikiki, but yet it’s just a few hundred yards away.

To learn more about Honolulu’s spectacular Gold Coast, please read some of our recent blog posts:

Honolulu’s Gold Coast: To Know It Is To Love It

Honolulu’s Gold Coast: A King, a Queen, a Captain and Some Horses

Escape to the Gold Coast Thinking of a quick getaway? Or aspiring to live on the coast 365 days a …