The Big Island lava flow is “pau.” Finished. Ended. No longer with us. According to the National Park Service, the lava lake inside of Halema’uma’u Crater and all of the flows from the Pu’u O’o crater are no longer present and the glow that we have seen at night for decades no longer exists. Kilauea has been active and a constant part of our Island since the early ’80s. Since the collapse of the crater floor and the following eruption in lower Puna, the volcano has become quiet.

Does this mean it is over for good and won’t ever become active again? Who knows. We have to sit and wait and see what will happen. The park has measuring devices that let us know the rate of earth tremors and earthquakes, the emission of gasses and the movement of the earth. Tiltmeters, a device to measure very small changes in the level of the earth’s crust, have shown that areas in the east rift zone and at the summit may be slowly re-filling, but nothing major has been noted. Earthquake activity has slowed tremendously and the magnitude of them has come way down from the peak of the eruption. Emissions of SO2, sulfur dioxide gas, has dropped very low and the Kona Coast has been as clear as I can remember.

The Big Island is Back to Normal

The media jumped on the lava flow on the Big Island and caused a lot of drama as the flow happened and then didn’t say much about the flow stopping. I have had several calls where people didn’t know the lava stopped. We had a bad run there for a few months and lost several homes. Everyone is safe, the destruction is over, and we are now moving forward. I have noticed the calls coming back in for homes in lava zone 2 and lava zone 3 never really slowed due to the people moving up from the active flow. I am proud of our friends and neighbors throughout the Island. People stepped up where needed and those who lost their homes are getting back on their feet. We are on to the next chapter and the future will be interesting. Whatever the future brings, the Big Island will be ready and offering all the Big Island has to offer! Aloha! 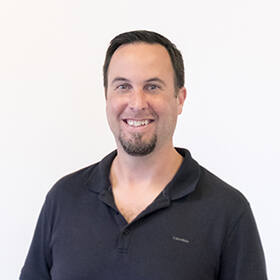 Ron Teichman is a REALTOR Salesperson with Hawai'i Life. You can email me at RonTeichman@hawaiilife.com or via phone at (808) 315-0419.

Thanks for the update! We had been considering buying a home on the Big Island, but are unsure if prices will be going up, due to demand, or down, due to volcano. In any case, hope to visit there from Alaska sometime soon! -Quinn & Jeff Falkner

Great information! What a blessing that the eruption has stopped and that the vog levels are the lowest in many years. Now might be a very strategic time to make a purchase on the Big Island! Thanks for the information!