Do You Text & Drive? Hawaii Passes Law Making it Illegal

Almost everyone has a smart phone now. I’ve seen kids as young as 9 years old walking around texting their friends. I’ve seen people in their 80’s texting their family and friends. It has taken several years to get laws passed that make it illegal to talk on a phone while you are driving unless it is hands free. Since texting has become the way everyone communicates, it’s become a real issue on the roads. How many times have you seen someone texting at a stoplight and then sit there while the light has already turned green and they just keep on texting. 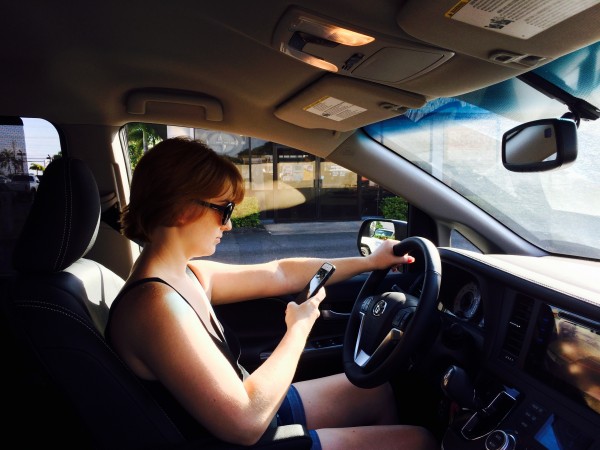 Hawaii’s (MED) Mobile Electronic Device Law was enacted on July 1, 2013. Anyone caught using any kind of MED while driving faces a fine of $297, or $347 if you are in a school or construction zone. MED’s include (but are not limited to): cell phones, tablets, cameras, or gaming devices.

From April 6 to April 18, 2015, the Maui Police Department participated in the National “U drive, U text, U pay” campaign. This was an effort not only to wake people up about the dangers, but also to make people aware that it is against the law. Maui cited 764 drivers during this campaign.

According to a study done by the University of Michigan, “a quarter of teens respond to a text message once or more every time they drive, and 20 percent of teens and 10 percent of parents admit that they have extended, multi-message text conversations while driving.”