Supporting Local Businesses in Kailua-Kona: Every Day is a Day to Shop Small

In 2010, American Express founded Small Business Saturday – a day to shop at the local businesses in your neighborhood that are always there for you.

For at least the last decade, Black Friday has been the only shopping holiday tradition out there. Its greatly recognized popularity comes at no surprise because who doesn’t love a good deal? The mad dash to get the goods might not be my style, but hey, some people really love the competition and many people seem to come out proud of their purchases.

As our lives became more virtually engaged, many businesses soon began to realize that online shopping is almost as popular, if not just as popular, as shopping via traditional “brick and mortar” establishments. For this reason, Cyber Monday was later adopted as another shopping holiday tradition creating a true shopper’s paradise.

But What About the Little Guys?

Although these days following Thanksgiving may seem like a shopper’s dream come true, they’re also a small business owner’s nightmare. Most small businesses aren’t able to offer such deals to the potential customers that resemble those offered by the big name companies. Because marketing is so expensive, many small businesses don’t have the means to turn their typical word of mouth advertising into commercials or websites to be seen by the masses. In part, our local businesses are often left ignored, overlooked, and forgotten.

Luckily, in 2011, that all took a turn for the best and the U.S. Senate officially recognized the Saturday after Thanksgiving as the day to shop small. To allow small businesses everywhere to benefit from this newly claimed holiday, American Express encouraged small business owners to take charge of the day by helping them promote their business through free, personalized ads, which appeared millions of times across the web, resulting in an estimated $5.5 billion spent at small independent businesses. Though it may only be one recognized day, it’s great to see the little guys making it to the big time!

Because our small businesses depend on our support, and we really depend on them as well, I vow to shop small as often as possible. Here are a few of my favorite places around Kona: 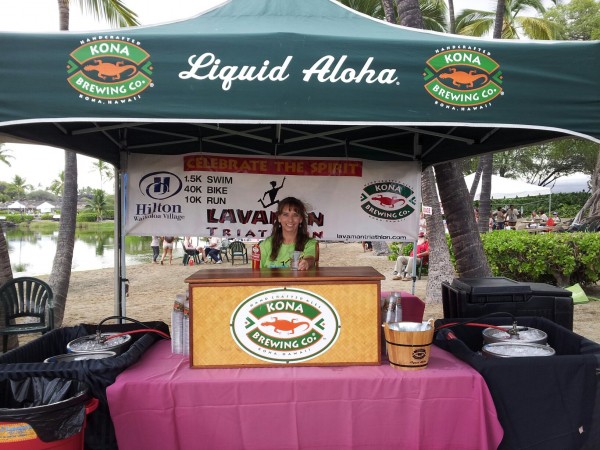 Volunteering for Kona Brewing Co. at the Lavaman Triathlon