On a recent spearfishing trip to Niihau—a small privately-owned island less than twenty miles southwest of Kauai—a friend and I scored several large Mahi Mahi that we ate for dinner later that night. After washing down the delicious self-caught meal with a couple glasses of wine, I began to think about my favorite aspects of diving in (and around) Kauai, and want to share my top 4 reasons to partake in the sport. Enjoy!

The Hawaiian Islands are well known for having crystal clear waters, and Kauai is no exception. The underwater visibility here is truly incredible! Heavy wave energy produces large suspended particles (like sand), which settle to the ocean bottom much easier than smaller silt particles found in the water column off the coast of California. The water is also much warmer here compared to California, with an average temperature of 77 degrees Fahrenheit during the winter and 88 degrees during the summer. Hawaii’s warm waters are home to an abundant coral reef ecosystem, which protects certain beaches from incoming wave energy, resulting in low turbidity and high visibility. Furthermore, Kauai has a unique underwater topography, as the island is the oldest in the volcanic archipelago. Underwater lava rock tunnels and caves serve as ideal landscapes for exploration, as they are typically filled with fish and other marine life. 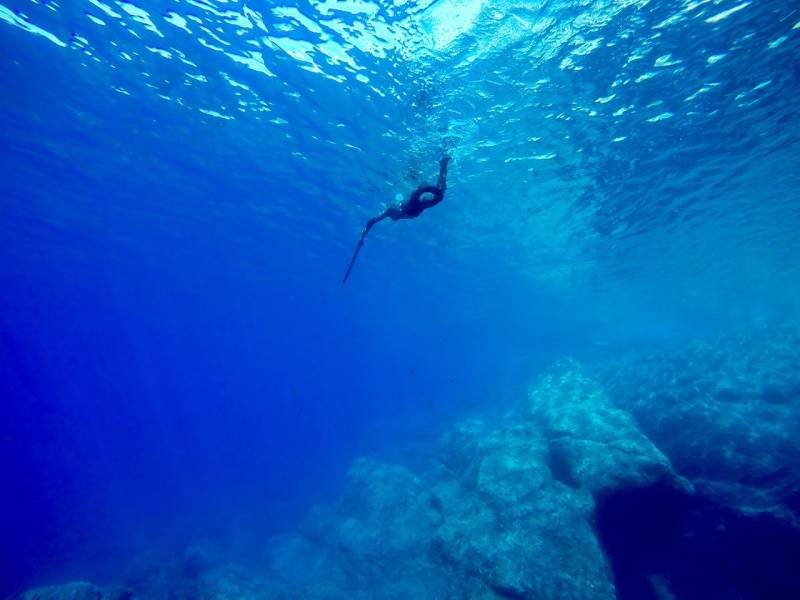 Leave the technology at home for a few hours while you enjoy the serenity found beneath the ocean’s surface. If you are visiting Kauai to escape from your busy work life, then you might be in need of some good old fashioned salt water therapy. Diving offers a multitude of health benefits for both body and mind. Holding your breath for prolonged periods of time can slow your heart rate down, which may result in an overall calming effect. Upon returning to land after your dive outing, you may notice that your work-induced anxiety has melted away, allowing you to be more relaxed and present for the remainder of your stay on Kauai. 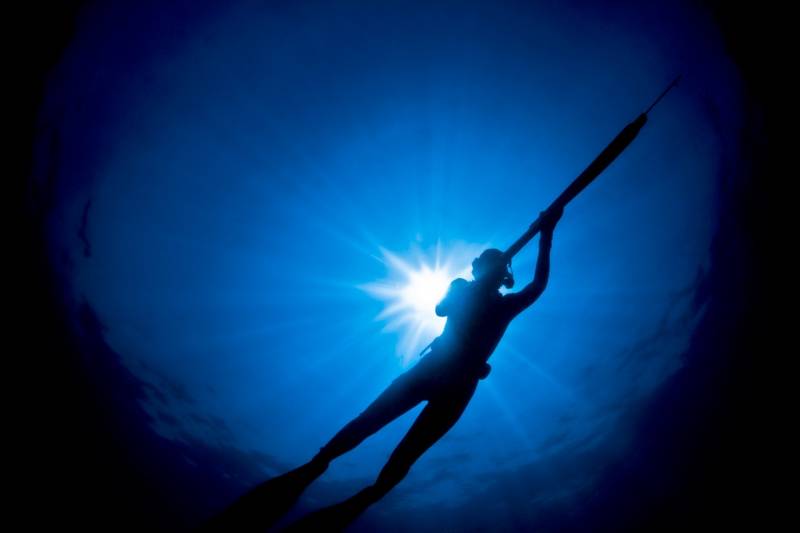 If you want to experience the true essence of the Hawaiian Islands, make sure to skip the all-inclusive resort version depicted by Hollywood films. Instead, venture out of your comfort zone with a local spearfisherman (or woman). The Kauai community takes great pride in their culture of self-sufficiency and respect for mother ocean, wherein sharing one’s catch with friends and family is of utmost importance. What better way to experience these cultural values than spearfishing? While you’re at it, you can even learn Hawaiian names for local fish like Ono, Mahi Mahi, Kahala, and even Humuhumunukunukuapua`a. 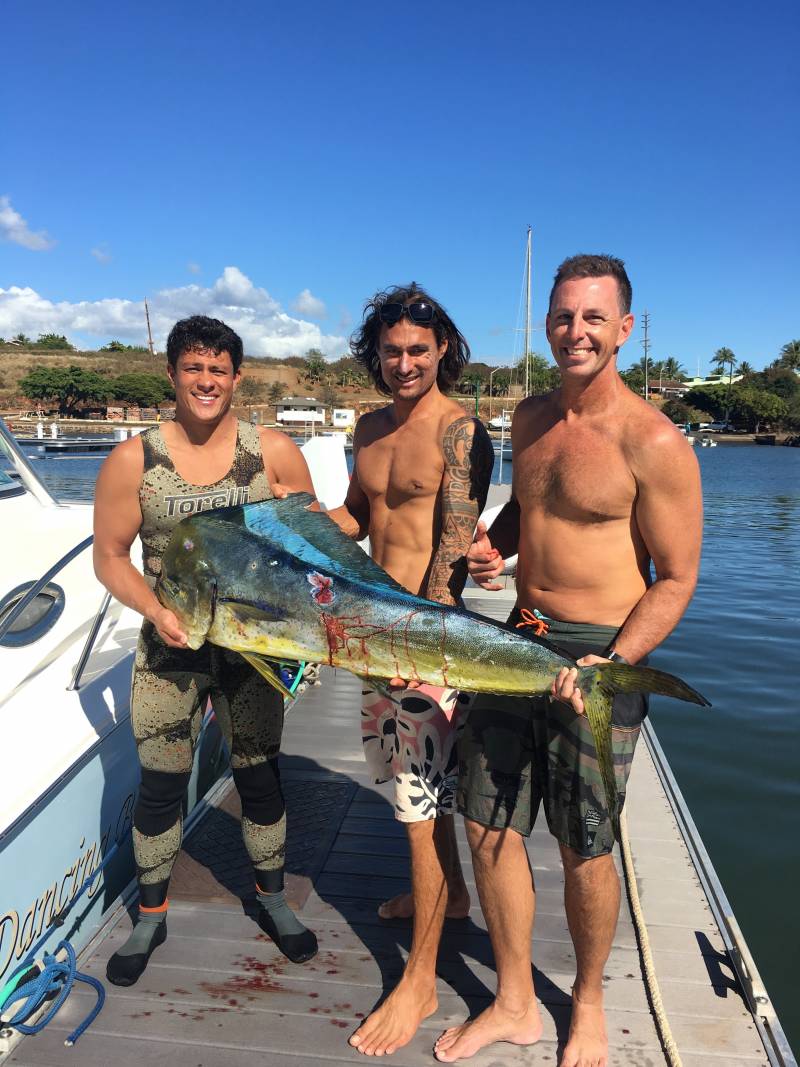 4. Catch Your Own Meal

As previously mentioned, Kauai’s abundant reefs provide habitat for a wide variety of marine life. Make sure to hire a spearfishing guide from one of the local dive shops to steer you in the right direction. There is nothing quite like enjoying a fresh meal that you recently caught with your own two hands. Some of the best tasting and most sought after fish in the world—Yellowfin tuna, Dorado, Wahoo—reside among Kauai’s reefs. Not only are these fish delicious, but you also reconnect with the source of your food when you catch it yourself. Ask your guide how to prepare your fish “island style.” Whether you prefer it raw as sashimi or poké, or you’d rather bake it over the fire in a banana leaf, you really can’t go wrong with the local traditions for preparing fish. 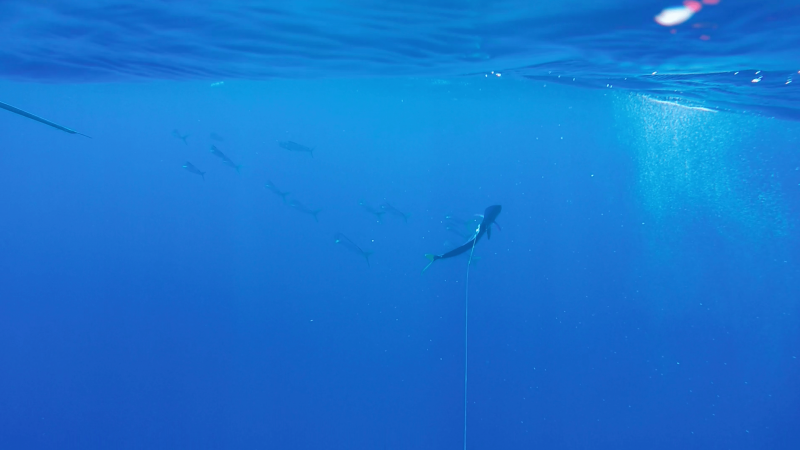 Just released by Hawai’i Life, our Quarter 3 2021 real estate market report reveals that while inventory was on a …

The changing seasons at the end of summer, are not only about the swells that slowly start to greet our …

New listing in Princeville for a single-family home. There are currently only 3 active home listings priced under $2 million. …

A New Normal? The Search for a $1M Home on Kauai

As interest in Kauai real estate shifts into higher gear, the always competitive market for single-family homes under $1M is …