Second to Last Chance to Own a Home in ParkSide

Just a little over two years from when ParkSide by Gentry held their first lottery, they will have their last.

Sometime in mid April 2016, Gentry will release about 9 more homes for sale, followed in late May with the sale of the remaining 7 (approximate) homes in the project. This final release will include the 5 beautiful model homes as well. 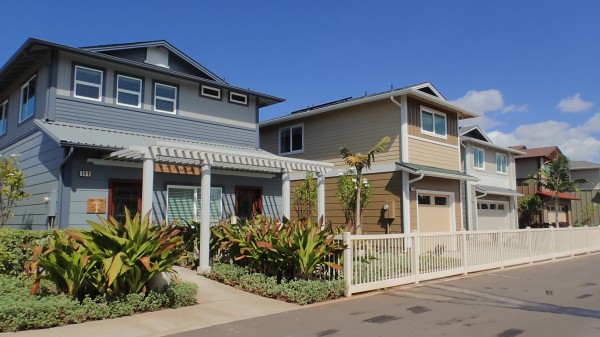 ParkSide Model Homes for sale in May 2016

Gentry has not yet announced the date of these final lotteries, but it will be coming soon. While prices have not yet been determined, they typically range somewhere in the lower to mid $500,000’s. The upgraded model homes with the Coral Creek Golf Course behind them will be higher in price.

Once ParkSide closes out, Ewa by Gentry will move onto yet another project in Ewa Beach. So far what I know is there will be two new communities that also border the Coral Creek Golf Course.

Coral Ridge will be the first of the new communities to surface. This development will be comparable to the Laulani-Tides community. The sales office is projected to open sometime in June 2016.

The second community is Sea Bridge, and the expected timeframe for this launch is between August to September 2016. I will bring you more information and photos when it is received.

For more info, you can go to Ewa by Gentry or contact me.

Check out my previous blogs on ParkSide:

The Kauai condominium market is outperforming the housing market and this is no surprise, home prices are still trending upward …

IRONMAN Yoga to Maximize Your Performance

Aloha Dear Friends, It is a very exciting time on the Island, IRONMAN 2022 is happening on Thursday 6th and …