Thursday, December 4th, 2014 is a noteworthy day, where the northern Oahu community, visitors, and surfers gather together to commemorate and bless everyone involved in the Eddie event. It also marks a milestone – the opening ceremony for the 30th Annual Quiksilver in Memory of Eddie Aikau – (which if you aren’t familiar) this event has become the world’s longest-running and most reputable big wave invitational – consisting of the world’s most elite 28 invitees and 24 alternates, with a waiting period to run now through Feb. 28, 2015.

The Eddie Event is Officially On Alert

Yesterday’s ceremony included the event’s invitees, alternates, as well as Aikau family members. Also welcoming many friends or visitors who want come take part and pay tribute to those the event honors of the past and present. 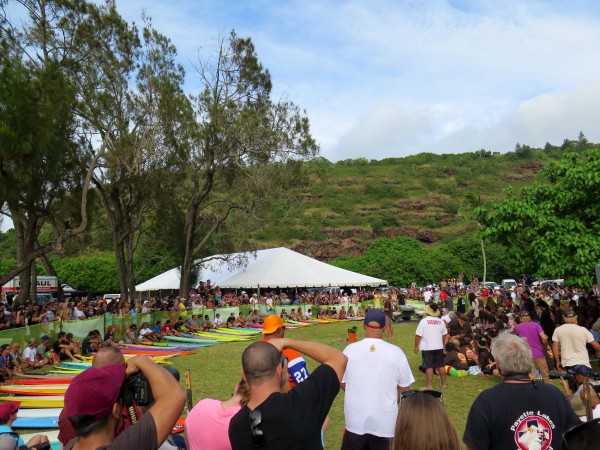 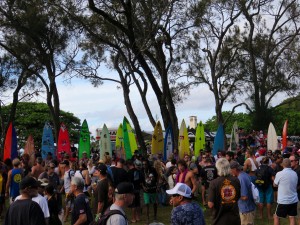 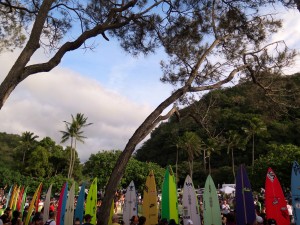 There is a beach blessing and introduction where competitors bring their big wave surfboards down and form a circle, some guest speakers share stories, many take pictures, the Aikau family and Quiksilver welcome the competitors with leis and a contestant trophy, also a Hawaiian Kahu (pastor) is there to preform a traditional blessing. 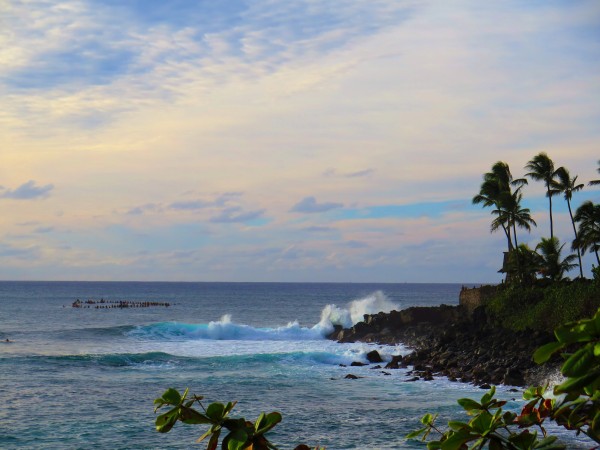 Paddle-out ceremony, as seen from the beach

Subsequently the surfers join together for a paddle-out ceremony, wearing their leis and ti leafs tucked away. You can see from the beach, they come together in a circle joining hands in the middle of Waimea Bay. 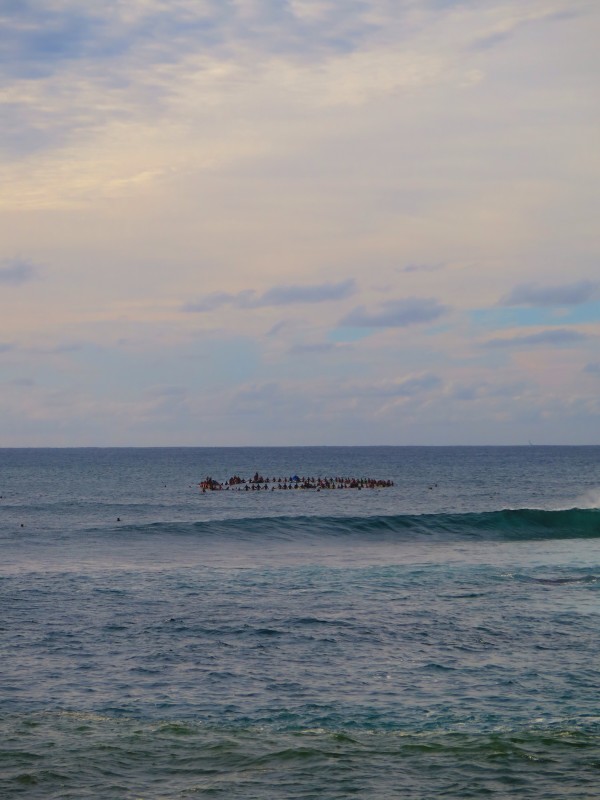 Possible Worthy Swell in the Forecast

The Quiksilver in Memory of Eddie Aikau is a one-day big wave riding competition, which has only run 8 times, with its inaugural year at Sunset Beach followed by events held at its permanent home of Waimea Bay. The last year it ran was back in 2009. 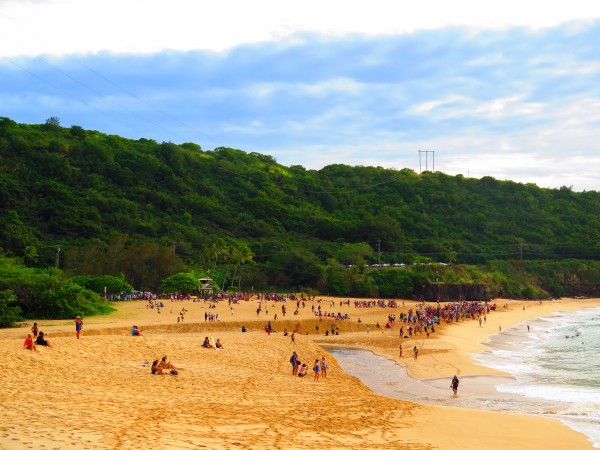 Spectators on the beach

“The Eddie” (as the contest is affectionately nicknamed) has become an icon of surfing, being the original big wave event, and earning this stature through its honor, integrity, and rarity. When it runs – if it does – the waves have to reach consistent heights of 20 feet or larger.

When you hear 20 feet, it’s really more like 30 to 40-foot faces of the waves…We are talking huge. This year looks promising with forecasters and computer models showing a big enough swell developing, possibly allowing the event to take place. All eyes eagerly look to the Pacific northwest, watching for the big swell to come in. We shall see.

Few times, they erect the entire set up of scaffoldings and tents, fly in the event staff, athletes, and spectators who journey from afar to watch, only for the event to not actually run…It takes the right conditions: weather, waves, and wind.

People park and walk miles, sitting in the dark of the night on the beach to save a good spot to see the best surfers come together and ride some of the world’s largest waves. Definitely a sight to see! Or should I say feel, because the emotion of the crowd and anticipation when every set of waves roll through is extreme! 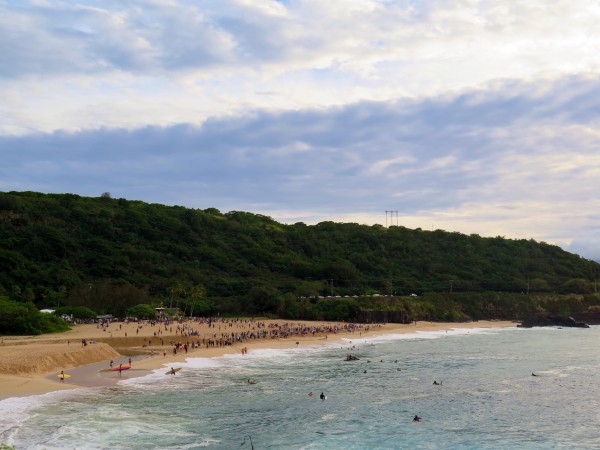 The event honors Edward “Eddie” Ryon Makuahanai Aikau, who is known for his pioneering ways and respect for the ocean. He was filled with a genuine enthusiasm to ride giant surf, after all he rode Waimea Bay on its most giant and memorable days. He had a special dedication to look after others, and uphold his Hawaiian culture and family values.

At just 31 years of age he was lost at sea during an ill-fated voyage of Hawaii’s Hokule’a double-hull sailing canoe in 1978. Eddie Aikau was a young man at the height of a career equally dedicated to big wave riding and lifeguarding at historic Waimea Bay. 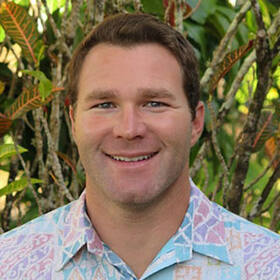 I remember being there, it must have been in 2009 with you all, in the warm rain at the opening ceremony. It was amazing! Then I had to fly to the big island early the morning they held it that year and going past Waimea bay at dawn with the big surf just starting to come in with the air so full of energy!. But I watched it online from Kona and it was awesome. They are fearless wave warriors! I will never forget when Makua surfed a wave into the massive short break and it was death defying.

I remember being there, it must have been in 2009 with you all, in the warm rain at the opening ceremony. It was amazing! Then I had to fly to the big island early the morning they held it that year and going past Waimea bay at dawn with the big surf just starting to come in with the air so full of energy!. But I watched it online from Kona and it was awesome. They are fearless wave warriors! I will never forget when Makua surfed a wave into the massive short break and it was death defying.

Lot 11 at Pe‘ahi Farms has elevated building sites and gently slopes towards the ocean. This 25.33-acre parcel offers breathtaking views …

As Thanksgiving approaches, you may find yourself reflecting on your many blessings. Regardless of the hardships of this year (or …