In my first quarter 2014 review of the market for homes and condos at Kolea (Waikoloa Beach Resort), I mentioned there were two units in Building 9 in escrow. As it turns out, in addition to 9H which had closed in the first quarter, four more condos in Building 9 sold in the second quarter of this year:

Although original owners are for the most part still underwater at Kolea, most who bought in the 2009-2012 period are looking smart. 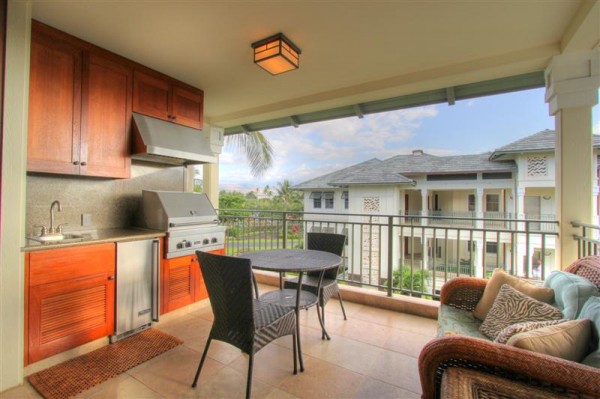 Suddenly we find ourselves in a very different market at Kolea than a year ago. Because the smaller units in the 12-plex buildings had sold for under $500,000 and the larger two bedrooms under $600,000 during the downturn, buyers balked for a year before accepting the new baseline. With five sales in Building 9 this year establishing comps, and two more units in escrow, the under $1 million inventory at Kolea is just about sold out.

Besides the other second floor outside villa in Building 9 which is in escrow (asking price $900,000), the other surprise is Kolea 15D, a ground floor interior with an asking price of $698,500. I have a soft spot for this condo, which was the very first short sale I listed at Kolea back in 2009. The buyers got it for $450,000 in 2010, so even after the cost of paint and furnishings, they have a lot of room in their list price.

That leaves only two units in a twelve-plex building for sale, both of them third-floor interior condos in Building 16. Prices are nearly identical, but one is a short sale and one not. 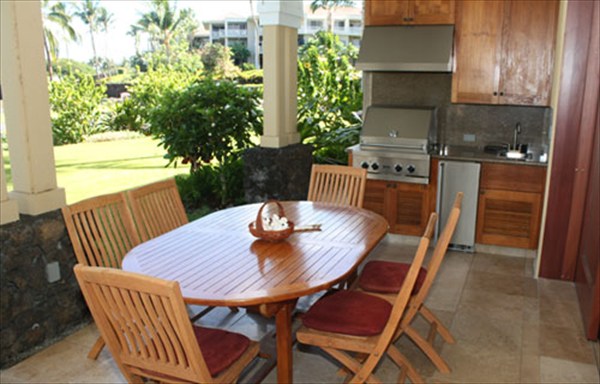 The next least expensive option at Kolea would be either of the ground floor units in six-plex Building 1, asking price basically $1.2 million. My pick would be Kolea 1A (MLS# 271250) over Kolea 1D (MLS# 274006) as it is farther from the road (Waikoloa Beach Drive). The diligent researcher can find the history of Kolea 1D in my earlier blog posts.

Beyond that I am hard pressed to choose a best buy in the larger, ocean view Kolea villas. The only penthouse options are in Buildings 1 and 2, with a $300,000 premium being asked for being one building closer to the ocean/away from the road.

A Second Pool for Kolea? 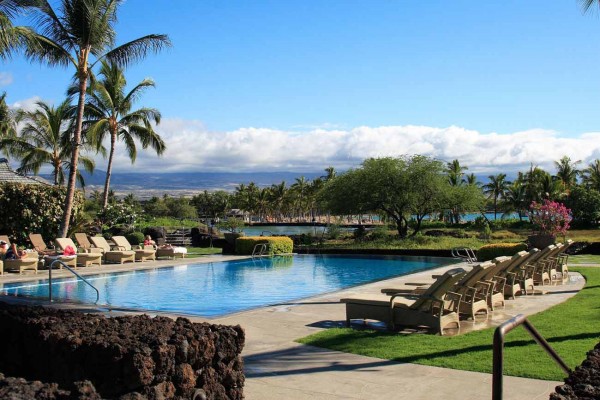 The one complaint both owners and renters alike have had about Kolea is that at high occupancy periods, the infinity pool is just inadequate for the number of people who prefer a poolside lounge chair to the beach.

Although the idea of a second pool has been floated for years, it was not a realistic option during the era of recession and distress sales. Now with a stable owner base, the Boards (there are two at Kolea) created a task force to study the issue and solicit owner input. The Committee reported their findings in May and a modest sum has been authorized to study the costs of creating a second amenity area, results to be presented to owners at the next general meeting.

From the stand point of real estate sales, my own opinion is that a second pool, thoughtfully done, would add value to Kolea overall. That having been said, the task force noted that each of the options considered (expanding the existing Beach Club versus building a second pool on the Association-owned lot between Kolea and the Marriott), had slightly different effects on particular buildings. In specific, the report suggested that views from Buildings 13, 15, and 16 will be enhanced if the new club area is built.

Remember…the two lowest priced condos for sale are in Building 16!