I recently wrote about the luxury home at Mauna Lani Resortʻs 49 Black Sand Beach oceanfront community to be auctioned on December 20th by Concierge Auctions. A very different oceanfront real estate auction is set for Friday, December 9th, in Hawi, North Kohala on the Big Island. This one is a home of 9,800+ sq ft on 21.5 acres with bids starting at only $500,000. 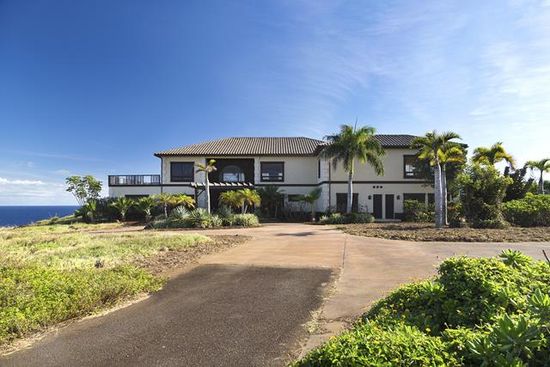 History of the Hawi Oceanfront Mansion to be Sold at Auction

For readers interested in the detailed history, you can read various blog posts I wrote as it went into foreclosure in 2010, went to auction but failed in 2011, was listed with a different brokerage in 2012, and then sold by the lender for only $1,195,000 at the end of the year (essentially land value). The oceanfront property came back on the market after costly cosmetic renovation in early 2014. 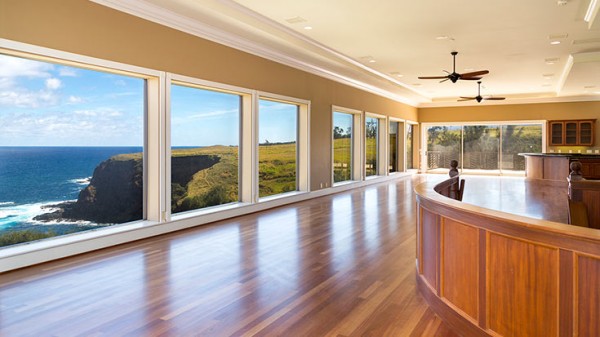 Why is it once again in foreclosure and being offered at auction? On one level, I would characterize it as a set of missteps on the part of the buyer from four years ago. After making the essential renovations and solving the huge encroachment issue, they sought the advice of several local real estate brokers (including yours truly), who suggested a listing price no higher than $3 million. Released at $8 million in a market that was still recovering seemed a bit greedy to prospective buyers.

Despite price reductions to $6.5 million and $5.5 million, it languished over the following years, listed with an agent on Maui who was clearly not making regular inspections (or getting showings). Why do I say “clearly?” The auction materials include a mold inspection report saying “It is truly saddening to see the amount of water intrusion due to the window issues throughout this home.” The mold remediation estimate? $139,521.39

Remember, the sale will be AS IS.

Whatʻs the Market Value of the Oceanfront Auction Property?

The Williams Auction listing has a link for estimated value that takes you…to Zillowʻs Zestimate of $2,898,208. The Hawaii County tax office has it assessed at a little over $3.6 million…but they are assigning only $600,000 to the value of the land. That would be about right for 20 acres of ocean view, not oceanfront, in the neighborhood (like this vacant land listing about 1/4 mile away).

Replacement cost for a home of this size, with similar finishes, would undoubtedly be higher than the $3 million implied by the tax assessment, as $300/sq ft is the lower end of building costs for a quality home in the Hawi area. 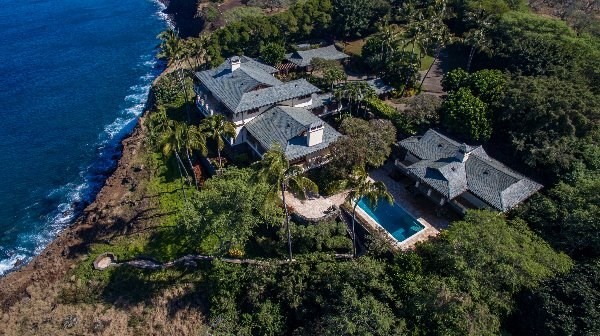 On the other hand, the home itself has a 2-story floorplan that is not appealing to many of todayʻs buyers, with not enough bedrooms for the square footage. It has no pool and no obvious site for one with a good flow from the house. No guest house. And the orientation of the house makes protection from the wind a real issue for the indoor-outdoor lifestyle sought after on this side of the Big Island. 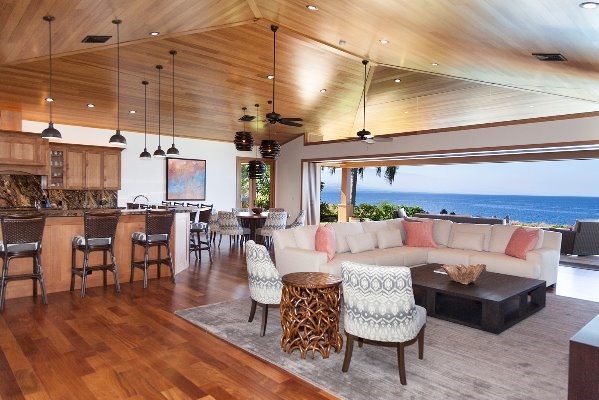 Then the question becomes whether the smart buyer might decide to demolish the house and design a new home more suited to the location and their lifestyle. The demolition estimate I quoted in an earlier blog post was just around the cost of the mold remediation indicated on the auction site.

The title report I reviewed a month ago showed a face value to the mortgage of around $1.3 million. The auction materials include an incomplete…and in several places inaccurate…sellers disclosure that does not use the current state-approved form. It will be interesting to see whether the auction process will generate an acceptable bid given the low visibility of the auction. Stay tuned!

Another delicious recipe. Cookies are my favorite and this recipe sounds delectable!

This is a real crowd pleaser for sure!

Forgot to mention, if you are interested in checking out Kauai Real Estate, you can do so easily by using our website: KauaiAgent.com. This is a direct link to Hawaiia Multiple Listing Services so you get the most current data available!

Aloha Beth… Did this property sell last week? If so, can you tell us how much? Mahalo!

Hi Katie, the property did sell last week. I do know the price, but not sure whether it is public knowledge yet!

Completely Renovated Home on a Half Acre Land in Hawi

There are so many valuable features this newly listed home in Hawi has to offer. For those of you who …

Looking for and in-town home on acreage in move-in condition? This beautiful 4 bedroom home in actually in better than …