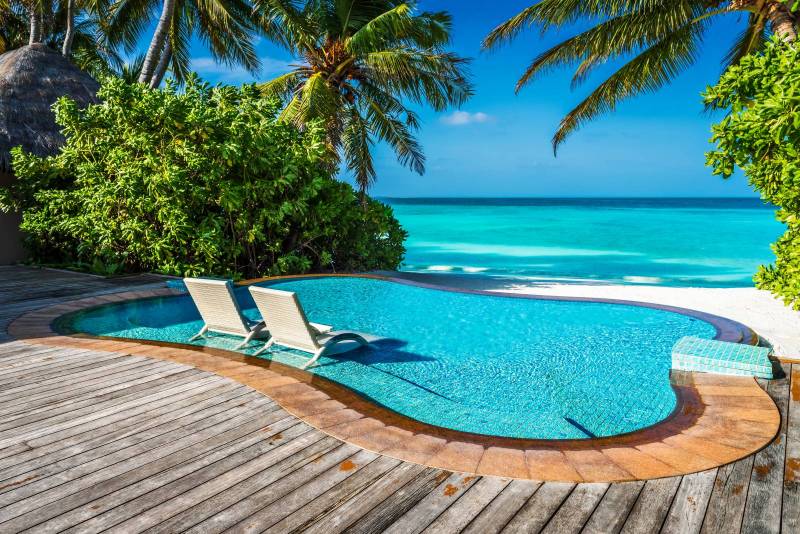 Most Oahu neighborhoods and regions are lovely and have a variety of real estate choices.

It can be confusing, if you are not from here, to distinguish between all those unfamiliar-sounding neighborhoods on Oahu. And the Oahu MLS regions don’t necessarily match the map, or where your friends are telling you to look for a home. Hopefully, this blog post will help you locate the best neighborhoods on Oahu for you. I’ll start breaking the larger areas down, so they make more sense.

The Oahu MLS (HiCentral MLS) has twelve different MLS Regions (on the HawaiiLife.com real estate search page, they are called “Districts”). When using HiCentral.com, you can use these Regions to search or you can search by city/town or zip code, as well. The major Regions of Oahu in the MLS are as follows: Honolulu-Metro, Honolulu-Diamond Head, Honolulu-Hawaii Kai, Kailua, Kaneohe, North Shore, Ewa, Leeward, Makakilo, Central, Waipahu, and Pearl City.

Each of these MLS Regions is further broken down into about a dozen or more Oahu neighborhoods. Some Regions cover one or more towns and zip codes. For example, the Kailua Region covers both towns, Kailua and Waimanalo. Similarly, the Kaneohe Region covers the smaller municipalities of Kaneohe Town,  Kaaawa, and Hauula. In the case of Honolulu, one very large city is broken down over three Regions. These are Metro or Honolulu, Diamond Head, and Hawaii Kai. The most famous neighborhood on Oahu, Waikiki, is in the Honolulu Metro Region. 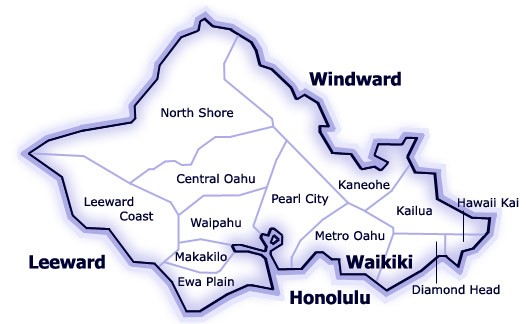 You may also hear references to the following areas of Oahu.

Confusingly, there seems to be some or a lot of overlap in these Oahu areas. Also, not everyone will agree on the boundaries of these areas. … I did the best I could.

I created this chart to summarize the Oahu MLS Regions and how they relate to other areas of Oahu. 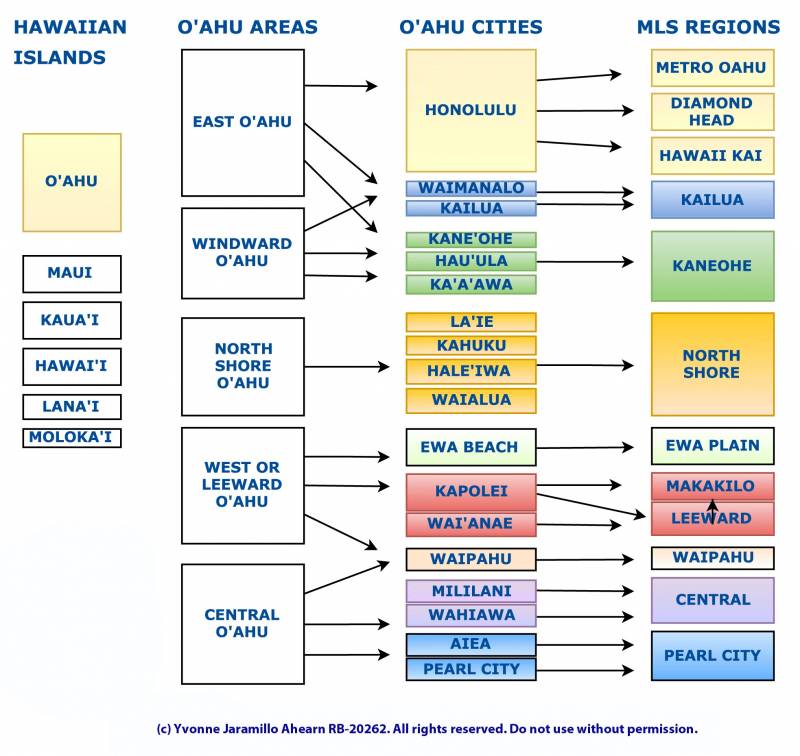 Areas and Neighborhoods on Oahu & Agents on the Hawaii Life Site

HawaiiLife.com allows users to search for Oahu properties by MLS Region (see the 12 areas above, under the DISTRICT Tab) and, in some cases, also by town name within that Region.

How to search by MLS Region on HawaiiLife.com

However, if you are looking to find a Hawaii Life agent to help you with your property search, you have the choice of selecting from three Oahu areas: Honolulu, Ewa Beach, or North Shore. If you are looking for a REALTOR in Kailua or Kaneohe on Oahu, don’t despair! Hawaii Life can still help you. We have agents, such as myself, who specialize in those areas!

How to Find the Right Oahu Hawaii Life Agent for your Oahu Property Search: Click (1) Company (2) Find an Agent (3) Filter Results. Then select an Area of Service: Ewa Beach, Honolulu, or North Shore.

Of course, there is some overlap here too, and some agents sell in several areas. For example, I work out of the Honolulu Office, but I live in Kailua. I sell most of my homes and condos in East Oahu, But I also sell real estate in Ewa Beach, Mililani, the North Shore, and other neighborhoods on Oahu, from time to time. If you are not sure where you want to live, it is a good idea to select an agent who knows many regions and neighborhoods on Oahu. If you are certain where you will live, select an agent with lots of experience in the specific Oahu regions and neighborhoods you are looking for.

Specific Neighborhoods on Oahu within an MLS Region

HawaiiLife.com does not currently provide the functionality to search on Oahu by neighborhood. If you are interested in drilling down from Oahu MLS Regions or towns, into particular neighborhoods, ask your agent for information or explore some other resources, such as specific Oahu MLS neighborhood searches. I can help you with this. For example, here is some information I’ve put together on neighborhoods on Oahu, in Honolulu and Kailua:

Consult with your Hawaii Life agent as to specific Oahu neighborhoods in which you are interested. We can set up detailed searches using Oahu MLS. Searches, tailored by neighborhood, size, and price. Or search by school district, property frontage, view, or many other property characteristics that you may desire.

Can You Evict Your Tenant? Act 57

Are you a landlord? Do you have concerns about your rights when it comes to evicting your tenants? If you’ve …

Second Homes & Vacation Rentals at the The Ritz-Carlton Waikiki

Did you know that The Ritz-Carlton Waikiki is zoned “Resort”? It’s one of very few buildings in Honolulu where owners …

While I would like to say, “No rush,” the reality is the decision for purchasing at the Park at Ward …