Just north of the Kohala Coast resorts lie three gated and one ungated residential communities with big ocean views and equal proximity to the amenities of the resorts and the necessities of life in Kamuela (Waimea) town. In recent years, modest homes in Kohala Estates have sold for under $500,000 and a few exceptional properties in the lower Heathers section of Kohala Ranch have sold at around $2 million.

Comparing 2012 sales of real estate in lower North Kohala with 2011 statistics, we find fewer sales, lower median price, and a much lower top sales price in 2012. Despite this drop in both number and average sales price, at the $1-1.4 million price point, especially at Kohala By the Sea, homes are finding buyers in four months or less, on average. The real news is hidden, however.

As with many of the Big Island resort and west-side residential neighborhoods, inventory is down…and it is especially low in the most popular price points. Hence 2013 may find in Kohala Coast gated communities that certain sellers are back in the driver’s seat! 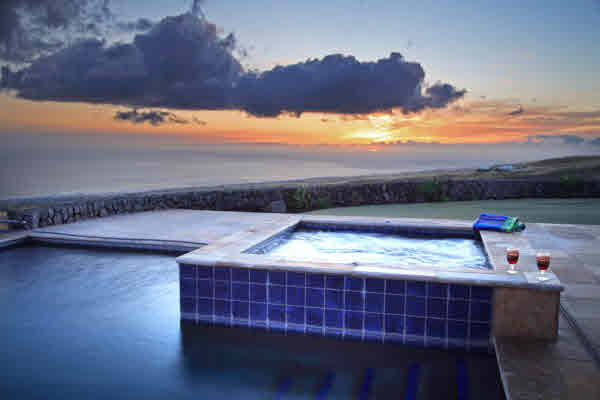 In both 2011 and 2012, five homes in the North Kohala Coast communities were sold as either short sales or “REO” (bank-owned real estate after foreclosure) distress sales. This represents 25% of the 21 sales in 2011, and 29% of the 17 sales in 2012. There are currently only two distressed properties on the market.

The other does not appear in the MLS search as distressed, but the fine print reveals that it is an asset in a bankruptcy case. Only two bedrooms and 2,500 sq. ft., this home would be appealing to the downsizing or second home buyer (MLS# 256591). The asking price of $895,000 is not attracting buyers in search of a deal, however. 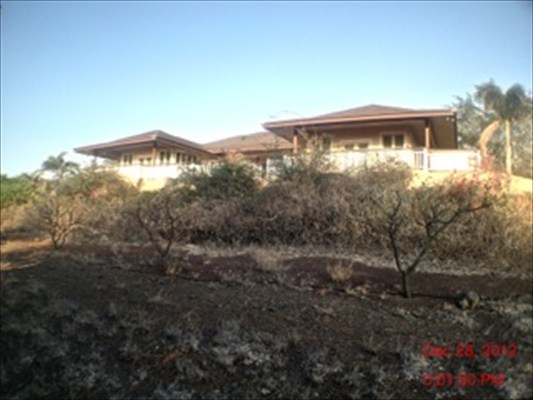 Only bank-owned home for sale in Kohala gated communities is the lowest priced listing at $776,000

Three-fourths of the homes sold in 2012 in the lower North Kohala Communities of Kohala by the Sea, Kohala Estates, and Kohala Ranch were newer homes, which I define as built after 2000 (13 out of 17 homes). This means a disproportionate share of properties still for sale in Kohala Ranch Heathers section (the lower elevation, more resort-like climate favored by most buyers) were built in the early 1990’s and therefore need some updates such as new kitchens.

On the other hand, most of the newer homes for sale currently, whether in Kohala By the Sea or Kohala Ranch, have some “fatal flaw” in the eyes of buyers to whom I’ve shown them. A “fatal flaw” in my book means an attribute that cannot be remedied, such as elevation or orientation of the home relative to the prevailing winds, or two stories with many steps in a market that prefers single-story homes. Sometimes the only flaw will just take imagination and money. That is the case with the missing pool at the only home listed at Kohala Waterfront, the community makai (ocean side) of the highway. 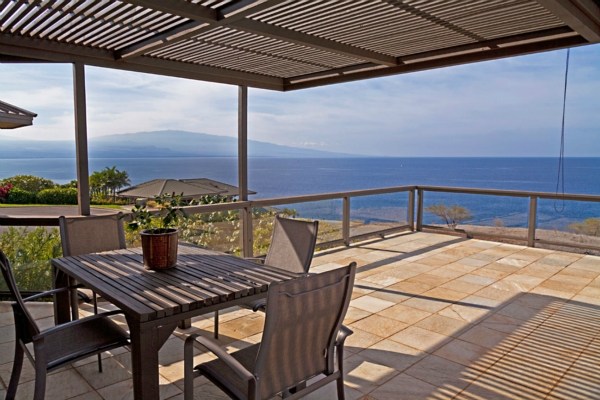 Classic Kohala Coast Homes May be the Remaining Best Buys

Although contractors tell me they are starting to get busy, this is still a good time to negotiate hard on the cost of renovation, before the market heats up more than it already has.  Three Kohala Ranch Heathers homes for sale that I’d suggest looking at for great bones, established landscaping, and easy updating also span a range of size and price. 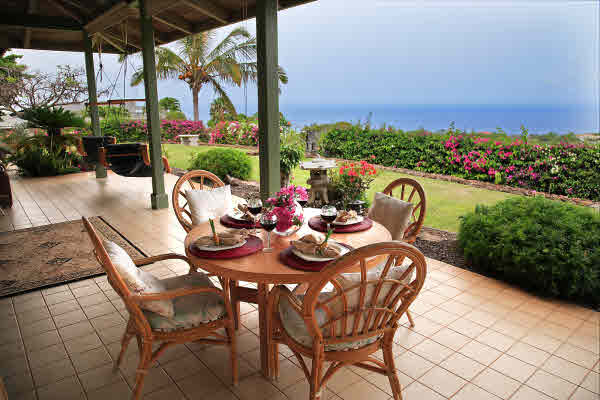 The smallest, least expensive home listed in the Heathers section of Kohala Ranch is on the only lot ever split under the condo regime, before that loophole was closed. The smaller lot holds a smaller than usual home for the era, but still with big lanai and ocean views. Think Puako or Alii Drive cottage transplanted up the hill.

A little updating of kitchen and baths, and this property would be a perfect second home, retirement home or possibly even a vacation rental. It currently has only a hot tub, but with a little more investment a plunge pool would fit right in.

Kohala Ranch on a Grand Scale 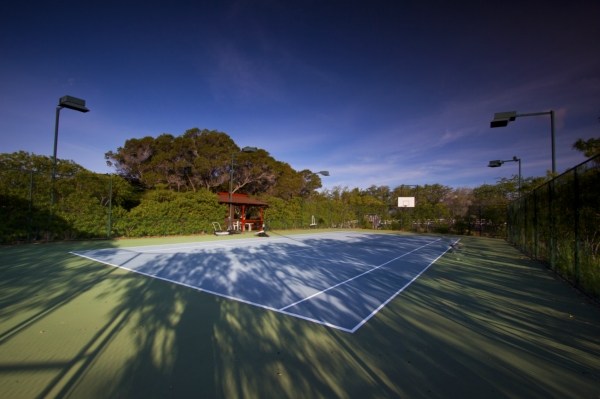 On a $/sq. ft. basis, the 5-bedroom (counting the ohana) and 4,951 sq. ft. home listed for only $1,299,000 is the hands-down winner. It gets a value score of 98 on the Hawaii Life website. Features include the established landscaping that provides tremendous privacy, the swimming pool with slide, and the tennis court!

The new owner would probably freshen up paint colors and flooring and do a major kitchen renovation. The tennis court also appears to need some maintenance. This property is more about privacy than big ocean views, but that doesn’t mean you won’t catch sunset at the right time of year. It’s priced with the new owner’s need to calculate additional investment in mind. 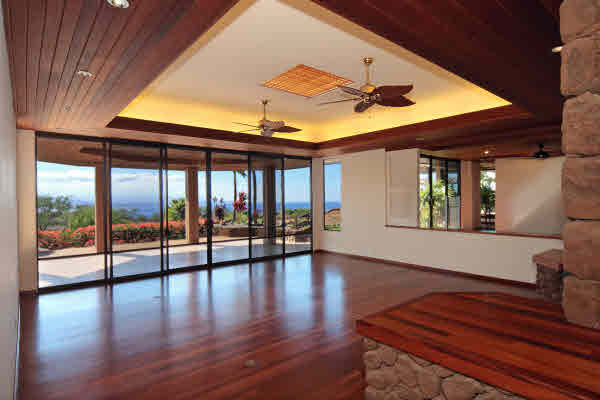 The currently active residential listing at Kohala Ranch that I’ve shown most often has a distinctive entrance, over a bridge to the home which is set on the upper portion of the 4.4 acre lot. The feng shui is good, as an entrance feature interrupts what would otherwise be a wide ocean view as you step into the home.

Buyers love the views, and the updates that the current owners have made such as air conditioning in a few zones and the addition of a highly productive fruit orchard. The kitchen and dining area would need to be remodeled for modern, open tastes…but I’ve checked the building plans and it seems easy to do.

In my opinion, if this home was staged to help buyers see the potential instead of being vacant, it would have been sold by now. I’m happy to arrange for an interior designer or contractor to accompany our showing!

Wow; lots of great info Beth! The Kohala By the Sea house is actually under contract now too! Just says what is going on with the market; the distressed or “value purchases” are moving along steadily.

Wow; lots of great info Beth! The Kohala By the Sea house is actually under contract now too! Just says what is going on with the market; the distressed or “value purchases” are moving along steadily.

I know, Pam, while this blog post was waiting to be released, the bank accepted an offer on the Kohala By the Sea. Deals don’t last!

I know, Pam, while this blog post was waiting to be released, the bank accepted an offer on the Kohala By the Sea. Deals don’t last!

Great article Beth. As an owner in one if these communities, you do a great job in keeping us informed.

Great article Beth. As an owner in one if these communities, you do a great job in keeping us informed.

Randy, thanks for reading! Look forward to seeing you on island soon.

Randy, thanks for reading! Look forward to seeing you on island soon.