Most of Hawaii enjoys the trade wind breezes as a way to cool their properties. For a few, central air in a Hawaiian home has been a luxury that is not widely available to most on the island.

During a final walk-through of a property, I had an interesting conversation with one of the senior building supervisors from one of the largest home builders on the island. During this conversation it came up that the builders are no longer going to be installing central air. As someone that came from the mainland, this struck me as odd. It is difficult to find a house on the mainland that does not have central AC.

After almost 20 years of building with central AC, they are switching to ductless wall mount air conditioning systems. 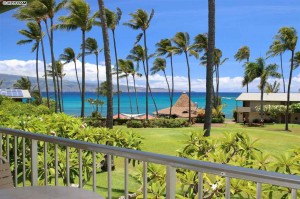 It is no secret that electricity is a high priced commodity in Hawaii. We are also in a transition phase with photovoltaic (PV). This is a way to reduce building costs, save some space not having to run duct work, and save the consumer money by only cooling rooms that you are enjoying. The thought pattern is, why run AC in a room that nobody is using? It makes more sense to the builder to have people only turn on the systems in the rooms that they will be using.

Just Another Thing of the Past

It looks like things once again are changing in the home building world. There has been many years of big AC companies having high prices, just fair customer service, and full schedules that now might be more willing to accommodate a customer. Looks like central AC will be another thing that has the older generation saying, “Remember when we had…”

Minisplits are popular because they are cheaper to buy and slightly less to operate. However if new houses were built to the mainland standards, central air can be just as affordable to operate since the house would be properly air sealed and insulated. Building to a low blower door quality provides this. The downside of either no ac or room by room ac is mold and fungus, a serious issue for some. Finally, with a well sealed and insulated enclosure, modern variable speed central systems, solar panels can easily supply the energy. And they can be sized much as they are now, perhaps 5-8 kws.

Are Out-of-State Renters Driving the Rental Market in Honolulu?

Are you looking for a rental on Oahu? Do you own investment property? If so, you might be curious to learn …