Is The News Hurting Hawaii Island More Than The Volcano?

Like most of us living on Hawaii Island, I have received multitudes of calls, texts, messages asking about my personal safety as well as property damage. After reassuring concerned friends and family that everything is fine, I follow with “everything looks worse on the news than it is.” Yes, Pele is flexing her muscles, that’s what she does. We all feel for those immediately affected by the lava, smoke, and gases in the immediate vicinity. However, the news does tend to sensationalize every story; it’s what they do. What the news fails to convey is that this is a VERY BIG ISLAND.

Our island is not quite the size of Connecticut, but it is over 4000 square miles and home to over 200,000 people.

As you can see, Kilauea and the eruption zone to the east are about 30 miles from Hilo and 50 miles from Kona. The northern and western districts are more than 70 miles away. If trade winds are light, there is some volcanic fog over about half to 3/4 of the island. With normal trades, it’s sunny in Hilo, Kona, and to the north.

Not all volcanos are alike. Kilauea, Mauna Loa, and Hualalai are shield volcanoes. They ooze lava freely and the eruptions are less violent. They are different than the deadly stratovolcanoes that are under tremendous pressure due to more viscous lava and steep slopes. Those volcanoes can release ash and debris for miles and are far more destructive. Mount St. Helens and Mount Rainier are stratovolcanoes. 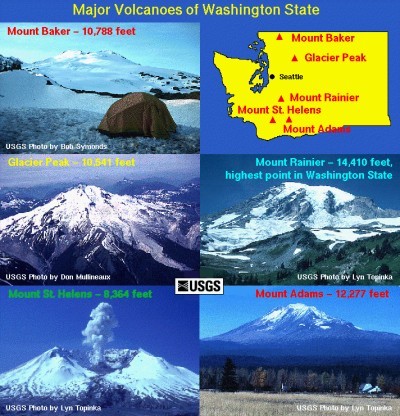 Kilauea has been erupting constantly since the 1980s. It has claimed homes and neighborhoods periodically through the decades. The main difference now is cable news 24/7. This will be their lead story until another disaster takes its place.

Cruise ships have halted ports of call to Kona and Hilo. Hotels and condos are receiving cancellations. Most of these accommodations are over 50 miles from volcanic activity. People are choosing to stay away because of what they see on the news. What they don’t see is that our island is more than the volcano. It still has beautiful mountains, forests, waterfalls and clear, calm ocean water. There is plenty to do here: fishing, diving, paddling, hiking, ziplines, exploring the culture. The unnecessary drop-in visitors will have an impact on our major revenue producing industry, tourism. This, in turn, will affect everyone in Hawaii, not just those in lower Puna. Real estate will be impacted as well, even in unaffected areas.

So if you really want to help people on Hawaii Island, come back. Keep returning and tell others to do the same. The Aloha Spirit is still very much alive here.

I am coming over from California in vacation and look for a house to purchase in the Hilo area. I think the volcano is fascinating and adds to the adventure. I would come to the island just to witness this great spectacle of nature.

> https://www.clarkhawaii.com/property/211228463/11-3949-a-nahelenani-st-volcano-hi-96785/. Great community just upslope from Hilo. Located in lava zone 3, insurable, and completely out of the portraited danger the media shows.

It would be nice if the hotels would lower their prices.

Thank you for writing this piece. It has been said in many ways this month. I have pleaded my case. You have the platform! Well done! Our beautiful Hawaii Nei!

I agree with most of what you state here, and I live in Pahoa. However, there are people with lung health issues that are really effected by the vog and the air, and this can change drastically. Kona has experienced some days very recently where their vog was think.. if you have COPD, or are missing part of your lungs due to lung cancer, or have asthma, this can effect your health detrimentally. Many hotels and AIrB&Bs were not letting legitimate people out of their vacations due to health concerns – even though policies say they have a right to change plans, in reality, if you have been planning and saving for a once in a lifetime vacation, and have a health issue, it should not be so difficult and stressful to change reservations – especially with so many needed places to stay right now. Hawaii is more than just a tourist destination, it is also a Blue Zone and a place where people come to be healthy. The Aloha spirit needs to show more, in these times.. for every one who needs to cancel their plans, there are others who would love to come visit. People should always come before profits.

> You are right Francesca. Health and well being is paramount. No one with serious pulmonary issues should expose themselves to vog. Cancelling for these types of concerns should be taken with human compassion. My point of the blog was to try to educate folks beyond the hype of the news cycle. No offense intended.
Malama pono

well written good job and i hope it is read and appreciated . wish i could come and visit your beautiful island some day i will 🙂

Mahalo Lisa for your article. I am tired of hearing the media sensationalism of our current situation. As I type this, I’m looking out over the Kohala coast at another beautiful Hawaiian day.

Great blog, thank you for helping get the word out. I just returned from a mainland trip, I was blown away by the amount of people that thought I had been “EVACUATED” of the island ( I was wearing a name tag, and it had the Big Island on it) .
Everyone, please listen to Lisa, the big island is still OPEN for buisiness!

Great blog for the world to see! Thanks Lisa! Yes we all get texts from all over the world from friends concerned by the news reports. Even our present VOG here in Kona is not as bad as only a few years ago. We are all living our most wonderful Hawaii Life here so don’t miss any chance to visit the Big Island, Hawaii Island the land of Lava Fire and Ice. Yes Mauna Kea has Ice and Snow! Its the island of diversity! E Komo Mai!

With all the diverse natural resources and the many people needing work it would be GREAT if Hawaii did something Besides depend on tourism.

> I agree it would be great to not be dependent on tourism. It would be great to be self sufficient sourcing our own food and other goods. That is not likely to happen. Exporting goods produced here requires shipping, making it not economically feasible. The other major source for jobs is service, which is growing. Natural resources are abundant and diverse. That is why Hawaii will be the first state to become independent of fossil fuel energy.

Looking for an in-town home on acreage in move-in condition? This beautiful 4 bedroom home is actually in better than …

Aloha Dear Friends, Why choose Four Seasons, Hualalai Big Island as your lifestyle destination? I fell in love with Hualalai …