“You’re not moving to Maui! My parents have a timeshare there.”

“Do you have any idea how expensive it is? There’s no way you’ll be able to afford it.”

These are a few of the actual statements and questions I received while saving money in Cincinnati, Ohio to move to Kihei, Maui. While waiting tables at a chain restaurant making $2.13 per hour plus tips, my goal was Maui. I had only planned to live there for one year, 12 years later I’m still here. Here’s a summary as to how I did it:

It was 1999 when I, as a teenager on vacation, decided that I would one day move to Maui. At the age of 20, I decided that it was time. I made the conscious decision to move to Maui no matter what. Realizing the worst-case scenario was going broke and needing to move back to Ohio, I accepted this possibility as something I could live with. Therefore, I made the choice to take the leap.

Through the years I’ve heard from many people who say they would love to move to Maui, but… jobs, kids, houses, “real life” prevent it. Granted, it was easier for me because I had a job I could easily replace, no kids, a leased apartment and my “real life” was working toward my goal of moving to Maui. Few people actually make the decision that they’re willing to do whatever it takes to achieve their goal. Even fewer continue to call Maui home after being here for more than 2 years.

I had been dating someone for nearly a year at the time I decided it was time to move to Maui. She decided, despite having never been west of Colorado, that she would come with me. (That same woman and I will be celebrating our 10-year wedding anniversary this year!)
We collectively calculated we needed $10,000 to become reestablished. This was how we came to that number:

For me, this was the biggest motivator: knowing what I needed and seeing it was attainable, despite earning minimum wage.

Our plan was to save $10,000 as quickly as possible and move once we reached our goal. We rented an older apartment in a Cincinnati suburb for $505 per month. Our weekly grocery budget was $50, consisting primarily of chicken, instant mashed potatoes, and canned vegetables. Much of our entertainment came from watching movies borrowed from our local library. This is how we lived for nearly a year before we reached our goal.

In my downtime, I also did a lot of research. While I had been to Maui as a kid, as an “adult,” I viewed the island as extremely foreign. I went online scouting out potential apartment rentals and cars for when we arrived. Viewing maps, pictures, and reading of those who had moved made my dream become more of a potential reality.

Flights, car rental, selling/storing/shipping our things, quitting our jobs, finding a new job on Maui, and where to stay. After we had saved $10,000, we started sorting out the details. The months leading up to our flight were by far the most stressful. Despite the anxiety, everything turned out fine.

We managed to fly for next to nothing through a friend whose parents worked for an airline. We stored some of our things with family and gave away most of our furniture. While not everything was smooth leading up to our move, including the unexpected death of a close family member days before our flight, we had pulled it off. We were on Maui with $10,000 and 4 suitcases between us. Yes, we were homeless, without jobs, and without a car, but we were on Maui.

Step 5: Ignore the Beach and Get to Work

We needed a car, a place to live, and an income. While our first inclination was to go snorkeling and sunbathing until we were sunburnt and broke, we didn’t. We bought a car in the first couple of days, quickly found restaurant jobs and a move-in-ready ohana (guest house) in Kihei.

During the first three months on Maui, I felt as if I was the richest man in the world. I worked 5 nights a week averaging 5 hours per shift. Despite the high cost of living and only working 25 hours a week, my wife and I were able to continue saving money. We continued the same budgeting system used when saving to move and kept our expenses low. We went to the beach every day and explored the entire island on our days off.

Do you want to move to Maui?

“Real life” on Maui is not always a vacation. I’ve seen many people come and go who have struggled with this realization and have returned to the mainland. For many working residents, finding a suitable home they can afford is a challenge. Even wealthy retirees have a hard time being so far from their children and grandchildren in this distant state.

While everyone’s experience when moving to a different place is unique, I believe attitude affects everything. If you believe that Maui is right for you, it will take sacrifice. Is it worth it? Only you can decide for yourself. As for me, someone who has traveled a fair portion of the world, Maui is where I’m happy to call home.

If you’ve enjoyed this post and are considering whether Maui is right for you, I encourage you to read 3 Phases of Moving to Maui. One of the biggest challenges with moving here is finding a place to live. If you would like to learn more about real estate or have questions pertaining to life on Maui, call me. One of my greatest joys in being a Realtor is helping people realize their dreams. 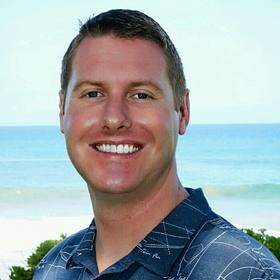 David Gross is a REALTOR Salesperson with Hawai'i Life. You can email me at DavidGross@HawaiiLife.com or via phone at (808) 205-5975.

Good for you! That is where I want to land when I retire in two years!

What a great story, David! I was in Maui recently with my wife and daughter, and we absolutely loved it. Maybe we will give you a call once we have $10k (inflation adjusted) saved up 🙂

We’re looking to move to Maui in July once quarantine is over. We’ve been traveling full-time for the last 8 months when we sold our house and most of our belongings. We’ve been traveling the main land in our 36 foot travel trailer. We’re ready for our next adventure on Maui. BTW, we’re originally from Cincinnati. 😊

I love reading your site especially since we’re from the same location. Thank you for all the info you share here!! Can’t wait for island life! 🌴

Are you a senior? I am. And, as a senior I know that we are at special risk when it …

A Hidden Gem on the Windward Side of Oahu

Tucked beneath the majestic Ko’olau mountains lies a complex of townhomes aptly named Eden of Haiku Woods. It’s a peaceful …

If you’ve been hunting for a home in Hawaii Kai, you know that inventory is tight. Very tight. There are …