In Loving Memory Of Eddie Aikau

The North Shore of Oahu is known for the best surf spots on earth. None of the professionals on the Pro Surfing Tour would miss surfing it. Located in the middle of the finest waves on earth lies the most famous surf spot in the Hawaiian Islands, Waimea Bay. In the ’50s, Californian surfers came to conquer the big waves of the North Shore and were likely the first to ride the largest waves ridden at the time at Waimea Bay.

The Hawaiians were the second round surfers to paddle out and ride the gigantic and fierce waves of Waimea Bay. Among these Hawaiians was young Eddie Aikau — the first and only Lifeguard on the North Shore, and the first at guard at Waimea Bay. Eddie was a humble person, peacemaker, and waterman extraordinaire, who was credited for the saving of over 500 persons over his career as a Lifeguard. And one of the pioneers who braved the 30’ waves at ‘The Bay.’ Those who were there at the time knew he was the final say in the knowledge of riding Waimea. In fact it is said that it’s not Waimea until it’s big enough for Eddie. The saying, “Eddie Would Go,”comes from those who trusted him as to when the right size to ride these ocean mountains was.  Most surfers were unwilling to take the challenge, but Eddie would go. 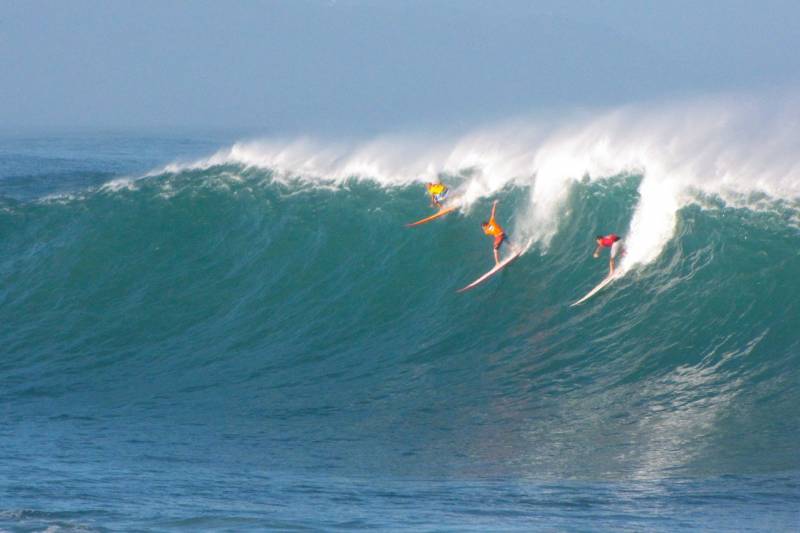 As Aikau’s interest in the cultural history of the sea voyages of the Hawaiian people grew, he volunteered to be part of the first crew and voyage of Hokule’a, the first vessel made to re-enact the dangerous voyages said to have been made by the Polynesians in 600 A.D. It is said that the first to have settled in Hawaii came from Tahiti by sea vessels similar to the Hokule’a, yet no one knows for certain. The crew set sail on its first voyage and, unfortunately, a storm capsized the Hokule’a. Eddie paddled for help and was never seen again. 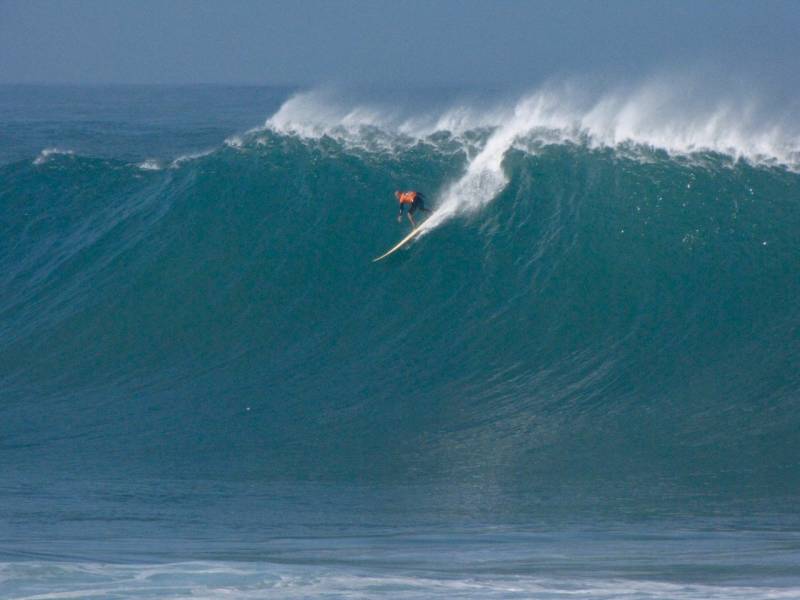 In tribute to his selfless dedication to the crew and surfing Waimea Bay, a contest was created to honor this man of the sea. The contest is invitational, and the invitees are limited to a handful of surfers who have Waimea “cred.” To make the list, they must pass the criteria of Waimea experts who chose the most suited to ride the 20’+ minimum wave height, not just those on the Pro Surfing Tour. The waiting period is 90 days when Waimea is likely to reach the height necessary to hold the event. Now called “The Eddie,” it has over 12 million viewers worldwide and is considered the most prestigious event in surfing’s history.