In the blog post announcing my new role as Director of Conservation and Legacy Lands, I was quoted describing the success of the Hawaii County Public Access, Open Space and Natural Resources (PONC) fund. In an ironic twist of fate, the current lava flow in Puna has covered about two-thirds of the 284-acre parcel currently being purchased by the County with support from State Legacy Land Conservation Commission. Perfect time to talk about the role played by the funds each of our counties in the state of Hawaiʻi have created to assist in conservation efforts. 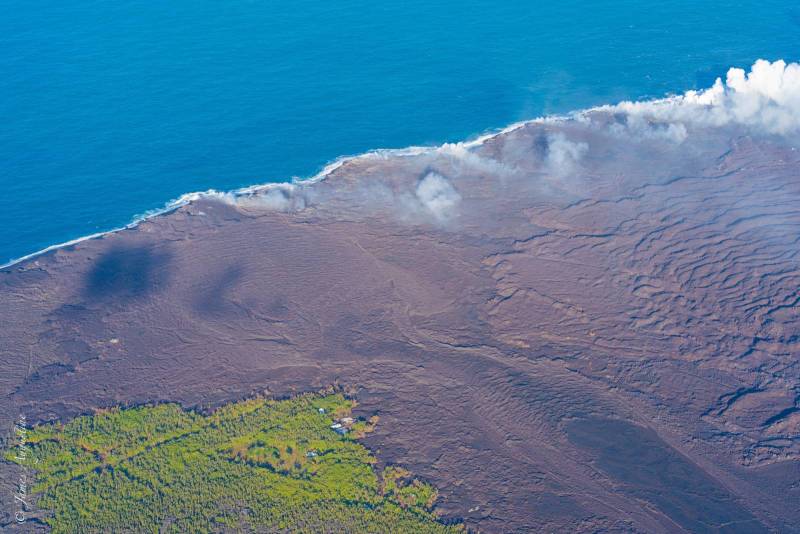 The 2018 eruption has covered over eight square miles in the district of lower Puna, including the land slated for County purchase to protect shoreline and Waiopae Tidepools. (Photo credit: James Augustine)

The Hawaii County (i.e. “Big Island”) open space fund was created when voters passed a charter amendment requiring 2% of property tax revenues to be allocated to fund open space purchases. The public is invited annually to nominate properties for permanent preservation. The Commissioners review the suggestion forms, prioritize potential acquisitions, and send their priority list in a report to the Mayor at the end of each year.

Factors considered in nomination and ranking include historic and culturally important features; opportunities for outdoor recreation and education; public access to beaches or mountains; preservation of forests, beaches, coastal areas, and natural beauty; protection of natural resources and watershed lands; the viability of potential partners for ongoing management; and the general benefits to the public. 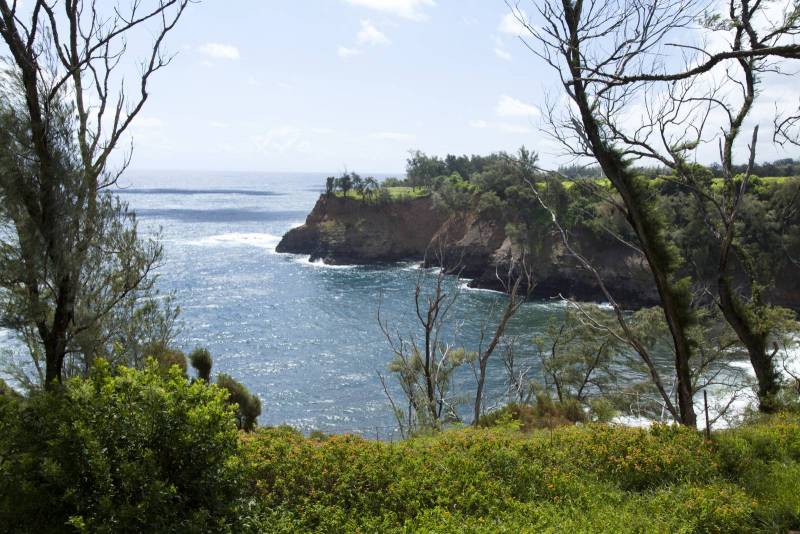 The process is a long one from a Sellerʻs standpoint. The Commission’s recommendations go to the Mayor and County Council. The County Council passes a resolution authorizing the County Finance Director to begin negotiations. Appraisals have to be ordered as the County cannot pay more than appraised market value. And in most cases, matching funds are raised from State, land trust, or private sources.

Five years ago (2013) the property known as Hara Vacationland was ranked on the PONC list and its authorizing resolution passed County Council. Currently in escrow for $2.7 million, the final step of this purchase was the availability of State Legacy Land funds committed for half the purchase. 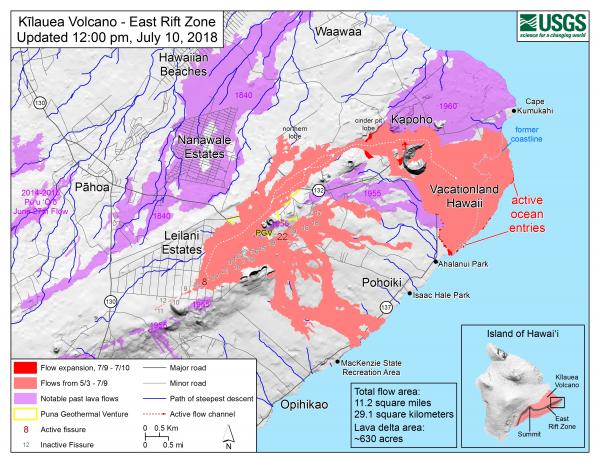 The detailed map above shows lava flows between the active ocean entries encompass the Vacationland area where the conservation tract is in escrow.

The issue now is that the reasons for using public funds to preserve this tract from expansion by the nearby housing development are largely under lava: public access to the shoreline for recreational and traditional cultural practices, protection of native habitat and the Waiopae Tidepools, and preservation of documented archeological sites and trails.

While it could be argued that there is still value in the site as a buffer and educational resource, the question remains whether the appraised value is still accurate, and whether the funds should be directed to other priorities, if indeed they still can be.

Each County (basically island) has a similar fund that can be used to acquire conservation easements on privately owned lands as well as for outright purchases. For more information, contact me directly.

UPDATE AS OF JULY 20:
This notice from the County:

DLNR Chair Suzanne Case has notified Hawai‘i County Mayor Harry Kim of the State’s termination of a grant agreement with the County that would have provided $1.33 million in matching funds from the State Land Conservation Fund for the acquisition of over 300 acres of private property that formerly reached the Waiʻōpae coastline immediately south of Vacationland at Kapoho, Puna.

New lava flows have covered this land. The lava flows also filled the adjacent tidepools, reef and ocean waters that formerly made up the Waiʻōpae State Marine Life Conservation District (MLCD), and continue to form new, state-owned land makai of the former coastline (mapped by the U.S. Geological Survey as “lava delta area”).

The Grant Agreement requires the awardee to use the funds for land acquisition for the preservation of resources values as stated in the project application. The resource values outlined in the County’s grant application cited the property’s mix of rare native lowland forests, anchialine pools, and the pools and forests that filter water from agricultural areas and residential areas before it reaches the ocean and the bordering Marine Life Conservation District. These resource values are now gone.

“I am saddened by the loss of this special place on the Puna coast, which was so beloved by the community” said Theresa Menard, Commission Chairperson. “But, it no longer makes sense to move forward with the purchase given the dramatic changes in the public benefits we hoped to secure.”

According to Chair Case, “The Legacy Land Conservation Program is an important and very popular tool to protect critical lands for their natural and cultural values. We must continue to be diligent in ensuring best use of this public money to conserve resources for everyone’s benefit.”

Beginning with Hawai‘i County’s purchase of land at Kāwā in Kaʻū in 2008, the County and the DLNR have partnered to complete five county land acquisitions—using over $5.7 million from the State Land Conservation Fund, $1.7 million from federal programs, and $6.9 million from the county’s preservation fund. These acquisitions protect over 4,000 acres of land. Chair Case concluded, “We value and support the County’s land conservation efforts and look forward to its ongoing participation in applications for grants from the State Land Conservation Fund.”