Per KIUC (Kauai Island Utility Cooperative) press release, “the array, which consists of 45,360 panels, will generate 5.5 percent of the electricity annually used on Kauai. It produces enough electricity to power about 4,000 homes.” The press release further states, “In just four years, KIUC has significantly increased the amount of renewable energy on its grid as it moves toward its goal of using renewable resources to generate 50 percent of Kauai’s electricity by 2023.” 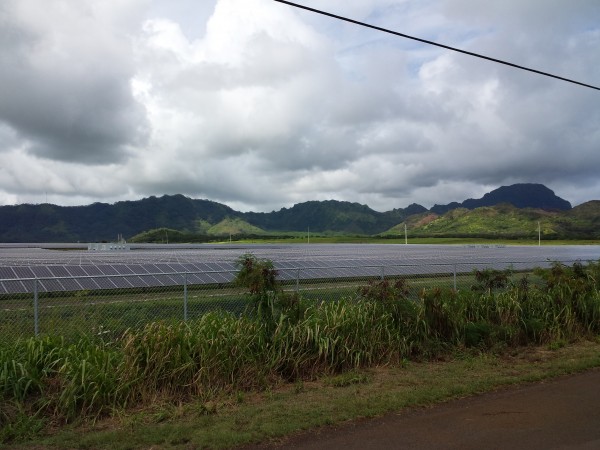 Koloa is home to the state’s largest solar facility

The facility, located close to the old Koloa Mill, became operational in July 2014, and was dedicated on Sept. 25, 2014. The 12-megawatt array sits on 67 acres of leased land owned by Grove Farm.