Just in case you needed another excuse to come out here to Kailua-Kona on the Big Island, this weekend we host the inspirational World Championship Ironman Triathlon. Chiseled men and women with physiques like ancient Greek gods can be seen everywhere donning as little attire as possible. Kona town becomes a hub of activity. Every building is plastered with colorful banners of various sponsors, triathlon equipment and gear. All the latest sports gadgets, nutritional supplements, swimming, running, or biking attire is at your fingertips. For athletes and avid supporters, it is just like a kid in a candy store.

This race was conceptualized in 1977, and has been going strong for over 35 years. It began with just 15 people entering the first race that was held in Waikiki. In 1981, it was brought here to the Big Island where the natural elements and challenging conditions prove to truly separate the men from the boys. Over 2,000 triathletes cover 140.6 total miles of rough terrain throughout the course. In addition to that, they also have to face the extreme heat out in the scorching lava dessert and high crosswinds that are sometimes upwards of 45 miles per hour.

Today, the Ironman World Championship has blown up in every way from its humble beginnings. If you have never witnessed it live for yourself, it is truly something to behold. It stimulates every sense of your being. You can feel the excitement in the air. You can taste the victory on those lucky few to cross the line ahead of the rest, either overall or in their age group. You can see and even smell the determination in each and every participant. Finally, as you hear the roar of the crowd along Alii Drive as the first competitor crosses that finish line, the energy runs throughout.

People from all over the world have come to compete as well as support their loved ones that are racing. The race begins with a 2.4 mile swim at the Kailua-Kona pier. Can you imagine making it through the rough water swim with thousands of triathletes swimming like salmon upstream, bodies slithering over and on top of each other?! These amazing athletes then jump on their bikes for the second part of their journey for a distance of 112 miles. Here they must brave the heat and wind going North all the way to Hawi and back. Finally, with lactic acid infused quadriceps and hamstrings, they embark on the last leg of the race, which is a 26.2 mile run.

Ironman week is chalked full of events for the whole family. The Keiki Dip and Dash is such a fun way to get the kids involved and teach them about a healthy active lifestyle. The Underwear Run is a hilarious and comical way for the athletes to poke fun at themselves seeing that they practically ‘live’ in their speedos, and on this day, their underwear are the uniform of choice. The product event stages the latest and greatest in triathlon gear and finally it all leads up to the main event on Saturday.

Just running a marathon alone is a feat within itself. Imagine doing that after the previous two grueling events. That is why this is called the Ironman.

In the big picture of the race, there is always a race within a race. Such incredible stories of perseverance and triumph over seemingly insurmountable odds arise. From the age groupers who make it across the finish line with seconds left before the time cut off, to the numerous cancer survivors, to the father who has taken his quadriplegic son along with him on the entire course, dragging or pushing or pulling him every step of the entire race; no one can walk away from this race and not be inspired to greatness in some small or large way.

The hundreds of volunteers are the backbone of this race and it is such a beautiful thing to see the community come together as a whole in support of such a great event.

For those of us who live here in Kona, this week is always an exciting time of year where we get to share our culture with incredible athletes and people from around the world. In return, they bring excitement and inspiration to our little town. Come join in the excitement. If not this year, make plans to come out next October. You will not be disappointed. 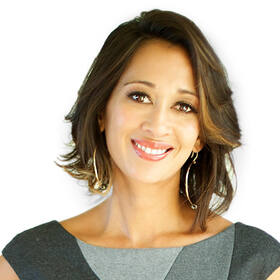 Kahea Zietz is a REALTOR Broker, BIC, Property Management Division with Hawai'i Life. You can email me at kahea@hawaiilife.com or via phone at (855) 447-3685.

Thank you to everyone who joined us for the Hawai‘i Life Invitational. What a pleasure to play the spectacular Jack …

Welcome to this beautiful 5 acre homesite in lower Ahualoa Homesteads! The level parklike grounds are already mostly graded and …