Below you will find a sample of some Kauai relevant market statistics from Q4 ’15. If you’d like to explore the numbers a bit deeper, check out the Q4 Kauai Snapshot.

Year on year, Q4 saw a robust jump in sales volume island-wide with a more than 34.5% increase in volume over last year and over $143,000,000 in transactions. Opposite the trend we saw in Q3, which was driven by Hanalei and in which the South Shore lagged, the fourth quarter saw resurgent South Shore numbers compared to 2014. Residential Q4 sales volume in the Koloa (South Shore) district was up 94.3% relative to Q4 2014, and Hanalei still performed modestly well with 15.5% growth compared to last year. 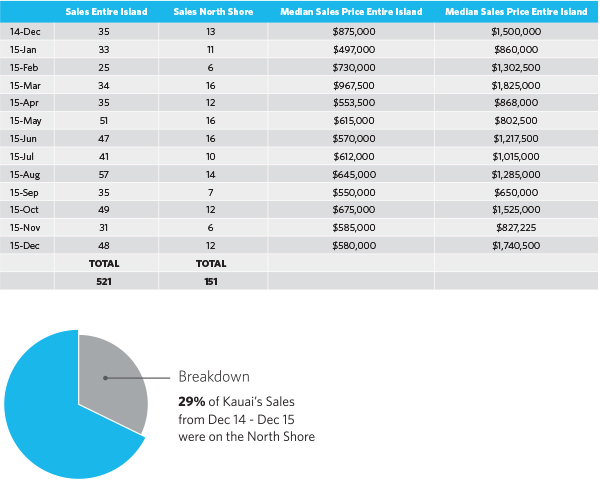 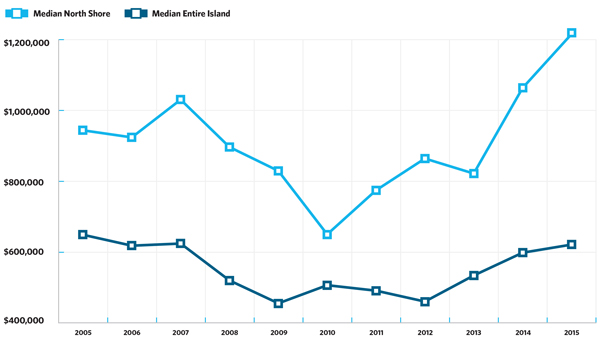 The past year was also one of our sales team’s best years on record. We surpassed the $130M sales volume mark and saw our team’s residential Kauai sales more than double those of the #2 agent, as displayed in the chart below. We take great pride in our business and level of service, and we thank you for recognizing that and counting on us to meet your real estate needs. 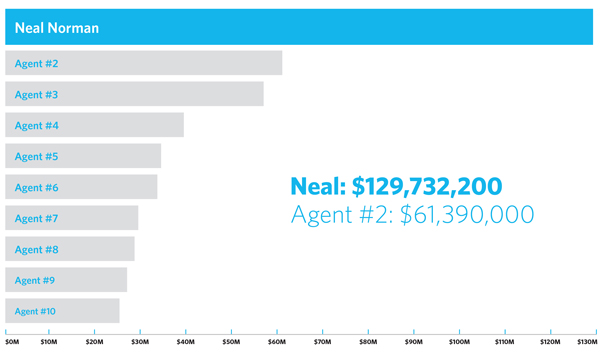 Not Enough to Go Around!