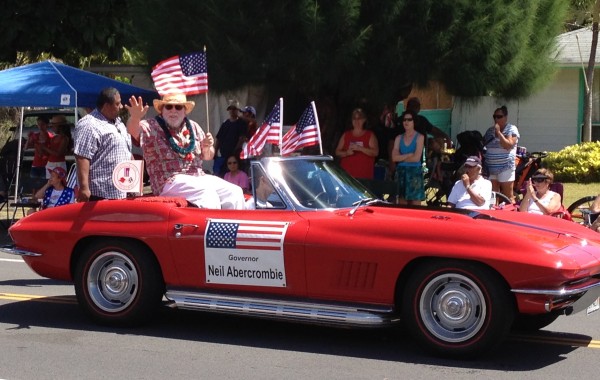 It was on! The annual Kailua Independence Day Parade took place on the morning of July 4th. Parade floats featuring local businesses, politicians, cultural groups, and veterans’ organizations took to the streets to entertain young and old – and, gloriously, were followed by a grand fireworks display in the evening. 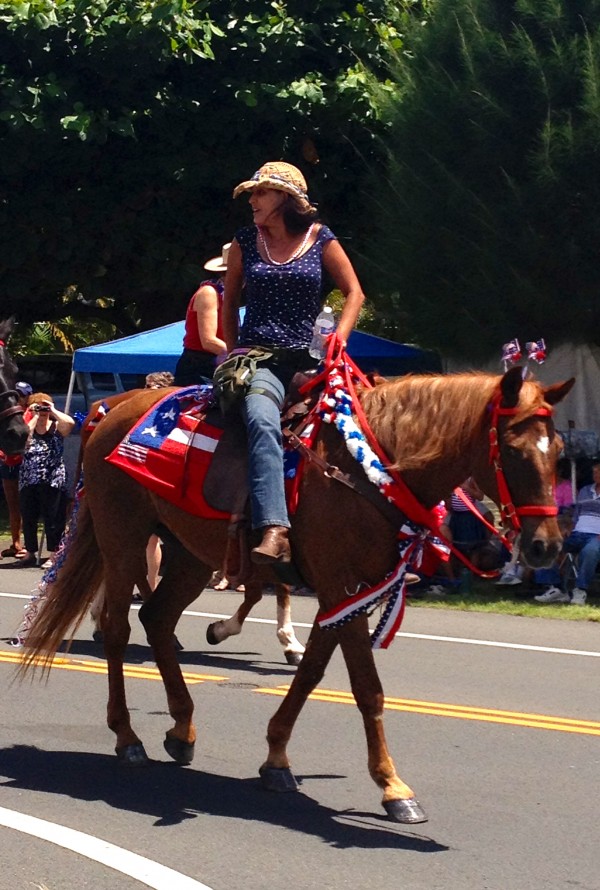 After the fireworks display was cancelled in 2012 due to a shortage of funds, and the Kailua Fireworks Committee was still $25,000 short of their goal for a 2013 show, “Uncle Kokua,” a businessman and local celebrity, stepped up and wrote the check, ensuring that this year the show would go on. After the news spread, festive signs popped up around town from grateful residents thanking Uncle Kokua for his generosity on behalf of the community.

The fireworks display near Kailua Beach Park was preceded by an air show featuring stunt pilots, and a band set up near Buzz’s added to the party atmosphere. 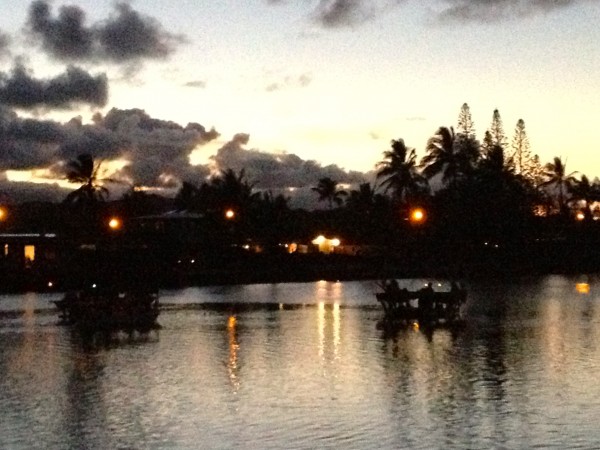 Boats gather at dusk on the canal

At dusk several boats, paddleboards, and kayaks headed down the canal toward the beach to get a better view of the fireworks display. It was a great day to celebrate our nation’s history and independence in such a charming beach town.