The Independence Day Parade in Kailua runs a few miles across Kailua, starting around Kainalu Elementary School on Kainalu Road. Local businesses, local politicians, and groups such as schools, military organizations, and non-profits with parade entries and floats gather there in the morning. The parade is sponsored and organized by the Kailua Chamber of Commerce. 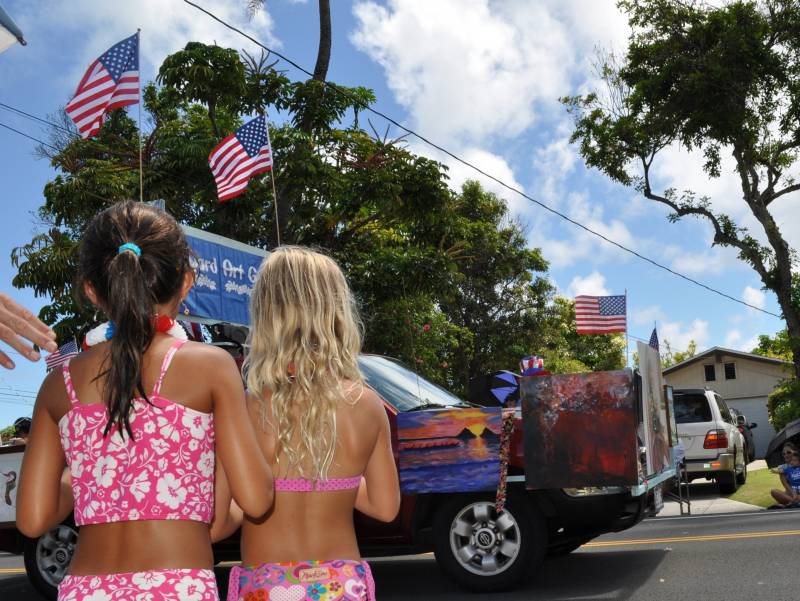 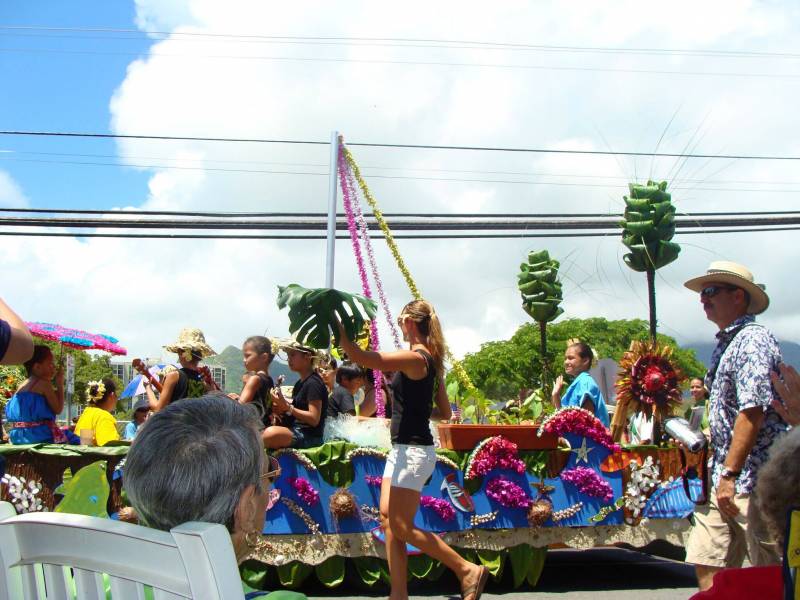 The Kailua 4th of July Parade crosses Kuulei Road at the Kailua Fire Station. It finishes up at Kailua Intermediate School, usually by about noon. Note, also, that it may be easier to walk or bike over, than it would be to look for parking. Expect it to be warm. Bring your hats, sunglasses, and sunscreen. (Don’t forget your smile :)) Make sure to follow the Kailua Independence Day Parade with Kailua 4th of July Fireworks. 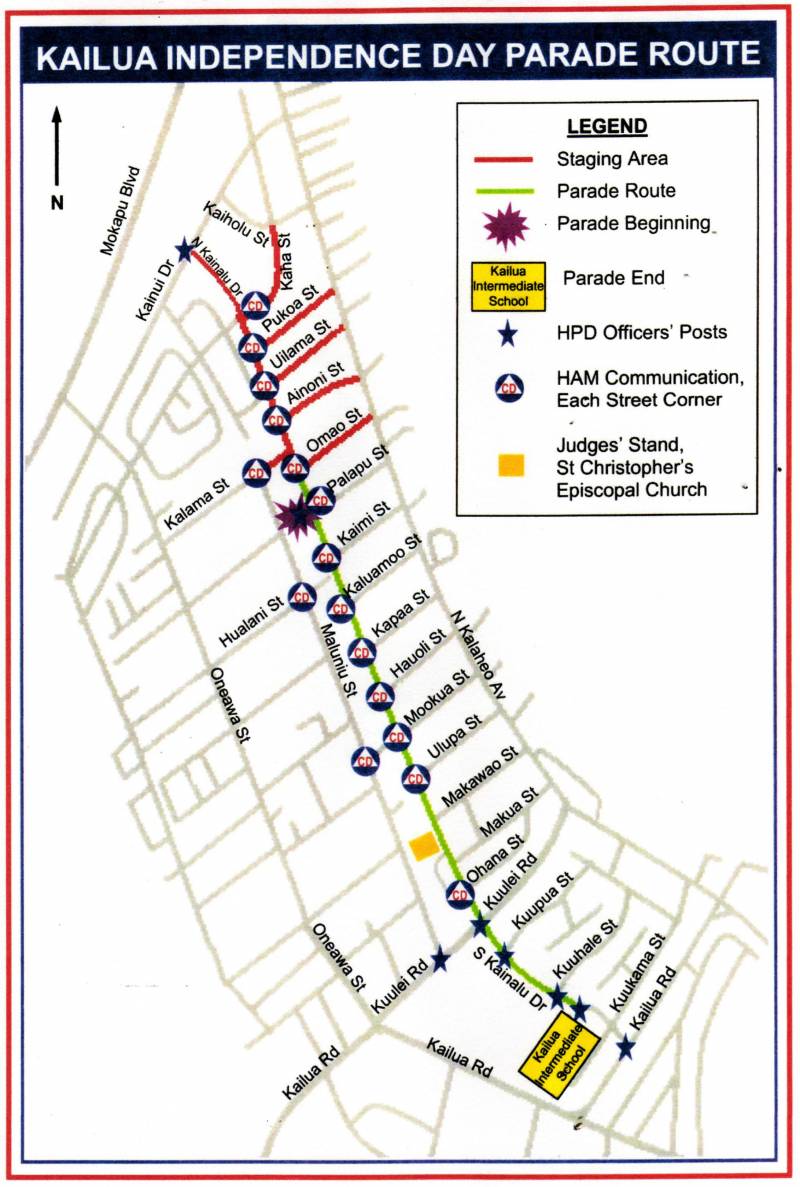 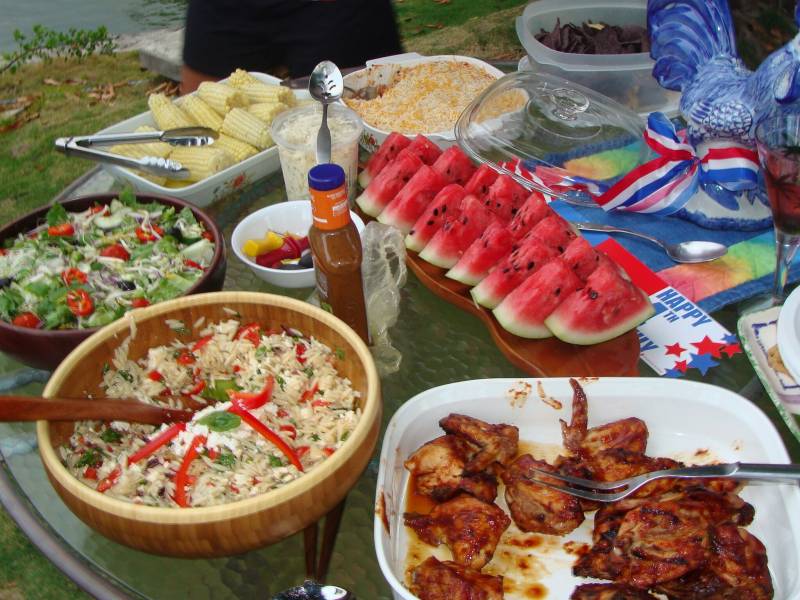 Barbecuing on 4th of July in Kailua

Many people watch the Kailua 4th of July Fireworks from their rooftops. We did that a few years ago and felt like we had front row seats! We’ve also watched Kailua Fireworks from the center of the Kaelepulu Stream (from a boat or kayak) and at a local golf course. 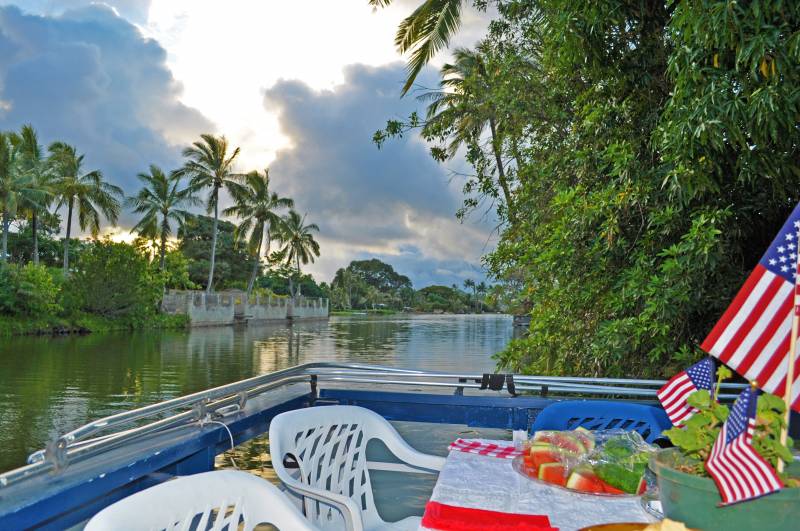 Kailua 4th of July on Boat from Kaelepulu Stream

If you decide to go to the beach to watch Kailua Fireworks, there are several designated parking areas, from 3pm – 10pm on the 4th of July. 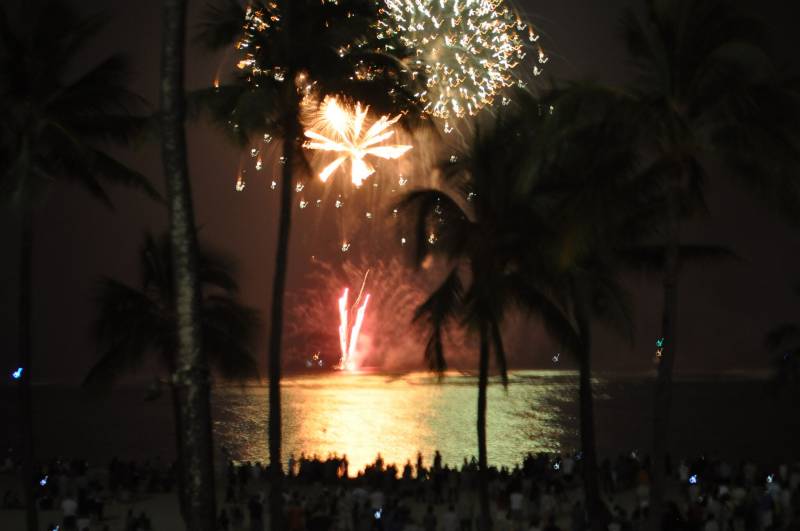 The Kailua 4th of July Fireworks are privately funded by local residents and anyone else. The funding and the fireworks display, itself, are done by Kailua Fireworks Corporation, and coordinated in conjunction with the Kailua Chamber of Commerce, who sponsors and organizes the Kailua 4th of July Parade. Please consider making a donation, as the fireworks will not happen without the support of the local community.

Wishing everyone a safe and Happy 4th of July in Kailua!