Without all the freeways and major roadways of a developed city, we’re lucky to live in a town that’s easy and quick to get around in. But if you’ve been here, you already know; traveling into town from the Kona Airport can be no fun. Though traffic runs fairly smooth through most the day, it can be very slow-moving in the later afternoons and after work hours. 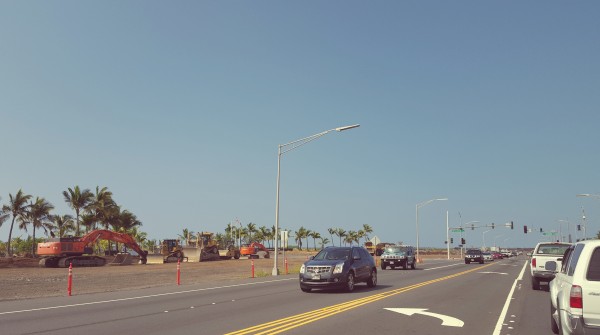 Completed highway widening from 2007, and starting point of phase two (in front of Kona Honokohau Harbor)

In 2007, Queen Kaahumanu Highway completed phase one of the widening from Henry Street (Central Kona) to the Kona Harbor (only a couple minutes North of town). The improvements made a positive impact on the flow of traffic, with double-lanes in each direction. But now it’s time to get things running even smoother. 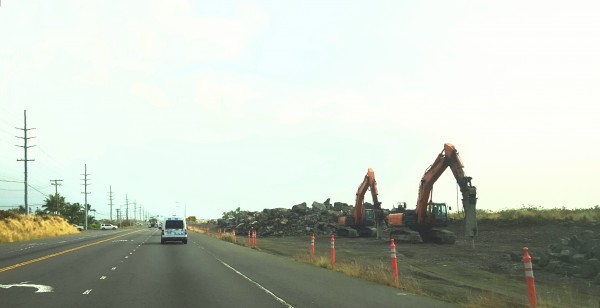 Headed south into Kona on current single-lane highway (under construction)

To anyone who has traveled the lower road recently, you’ve surely noticed all the heavy equipment working along-side traffic. Phase two of the widening started back up in early September of 2015, and is aiming to be completed by September 2017. This section of widening will travel from where it left off at the Kona Harbor intersection, and run all the way to the Kona Airport.

Turning this single-lane highway into a double is expected to make a huge impact and be a greatly awaited improvement to the afternoon congestion it currently faces. Residents of North Kona, Hualalai, and even Waikoloa will now be able to get into town in much less time and with much less stress. Visitors and travelers will also be at ease when getting to and from the airport in a timely manner.

Aloha dear friends, It is very exciting times here on Big Island Hawaii, as many of you have heard our …

Only 7 Homes Under $2 Million in Hawaii Kai

Wow! We all know inventory is tight, but who would have ventured to guess that there are no single family …

The Plantation Course at Kapalua: How to Score

The No Turkey Thanksgiving Trend

Aloha dear friends, I live in a beautiful beachside community, Puako, on Big Island and we have a tribe of …