Moana Pacific hidden gems are great starter and investment homes, within Kaka’ako — the exciting, new urban core of Honolulu. Modern technology, history, culture and art come together with a sense of place, in the heart of all things new and emerging in Hawaii. Fresh architecture and design, coupled with sustainable, smart choices, Kakaako is the spot to live… with hip new restaurants, world-class and local made item shops, resort-like concierge residences and so many things to do close by!

Located between downtown and Waikiki, while just 30 minutes to the rural sections for island adventure, its location is central to all. Kakaako is 20 minutes from the airport and just 5-minutes to Waikiki or downtown. World famous Ala Moana Mall & the expansive stretch of Beach Park in front, all the way to Kewalo Boat Harbor are at the footsteps of these 100+ acres neighborhood, most of which is owned by Kamehameha Schools, Alexander & Baldwin, G.G.P. and Howard Hughes, whose “Ward Village” (80-acres here in Kakaako), just won a national award for “Best Planned Community in the US.” Smart Designs and thoughtfully planned details with infrastructure, aesthetics, efficiency, cultural sensitivity and stewardship of the land, with beauty, edification, enrichment & sustainability at the core of this planned community. Weekly features include farmers’ markets, yoga in the courtyard, HiFF movies in the courtyard, arts and crafts events with up-and-coming chefs, artists and designers. Seasonally, Make-A-Wish charity and holiday events like Ward Village’s famous winter ice skating rink and Honolulu Christmas city lights trolley tour, all commence in the Historic Ossipoff IBM building courtyard or the new South Shore Marketplace.

On the horizon and over the next 10-years is Kamehameha Schools and Howard Hughes Corporation’s complete renovation and Master Plan for of the Kewalo Waterfront Park and harbor district, which will also have its own hip fish market marketplace like Pikes Market in Seattle, with more shops, activities and events for the acres of parkland, to offer the community. Hawaii’s unique culture, aloha spirit, local art, cuisine and creations to blend with cosmopolitan, upscale urban living. Ward Village and Kakaako marry commercial with residential, parks and development, old and new, cultural and modern, city and nature, yin and yang.

Kakaako is governed by Honolulu Community Design Authority’s (HCDA), an entity set up to work with the Developers and the City and State’s Department of Planning. The “Kakaako Community Development District” has a master plan with a set of rules and regulations for its Mauka (mountainside) and Makai (oceanside) longterm development and redevelopment. 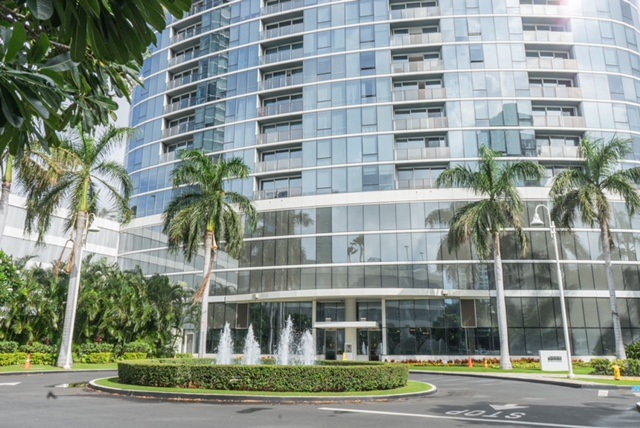 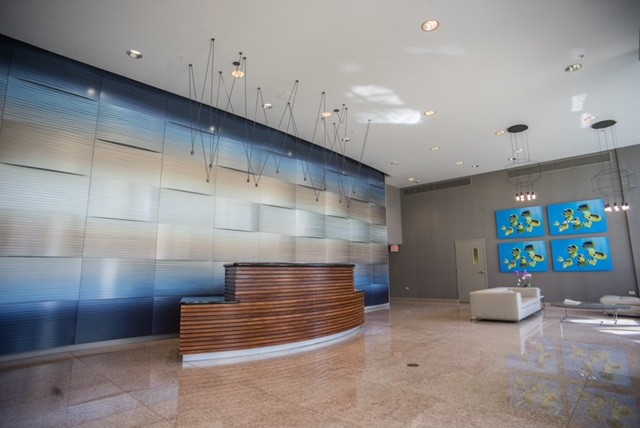 One of Kakaako’s iconic Mauka developments is Moana Pacific, whose oval-shaped, mirrored glass, twin towers marked the arrival of international moderne on Kakaako’s skyline in 2006. The entire property sits on 6-acres, located between the main thoroughfare streets of Piikoi, Pensacola and Kapiolani Boulevard. Both towers each have a front security desk, mailbox areas, 48 floors, 8 elevators, 720 units and Grand Penthouses. Each unit has floor to ceiling windows, 8-foot ceilings, a handful of floorplans with different kitchen layouts and bedroom square footage, but all very live-able, and some units have lanais. One of the few criticisms amongst original unit owners want more closet space and overhead ceiling lighting or J-boxes. The building has central AC and a compressor in each unit. All kitchens have an island, with earthy gold/brown granite counters, stainless steel sinks, fixtures, appliances, washer and dryer closets, and ceramic tile floors in the kitchen and bathrooms. Parking is on the 3rd, 4th, 5th floors of the building and amenity floor is the 6th floor. Fireworks views every Tuesday and Friday evening from Waikiki’s Hilton hotel and directly in front of the building on the 4th of July from Magic Island! Compared to the newer buildings located one block closer to the beach, the units here in Moana Pacific, are spacious and half the price of the newer buildings, with more ease to the highway and thoroughfare street and highway access; hence one of the best deals as far as buying and living in Kaka’ako!

The West Tower entrance is off Pensacola Street, which runs Mauka to Makai (mountain to ocean) and continues on to meet Waimanu Street, which is the beginning of Ward Village and the gateway to both Ala Moana Center and South Street Marketplace, just a block from Ala Moana Boulevard, which is Nimitz Highway and takes you west to Kewalo Basin, Downtown, the airport or H-1 to Ewa… or Waikiki, if you head eastward.

Each tower address is 1288 and 1296 Kapiolani Boulevard. Fronting Kapiolani Boulevard, in between the two towers, is a 3-story retail complex with an upscale Inspiration Furniture Store, a coffee shop on the ground level and an award-winning wine bar and restaurant called Amuse, on the 3rd floor, which you enter from within the store. Both tower residents save on monthly maintenance fees by shared amenities between both towers: wifi in common areas, security parking garage structures in the middle, one bldg manager, one XL large pool, 2 jacuzzis, cabanas and outdoor showers, a children’s playground, 2 tennis courts, 3 batting  cages, mini golf and 8 brand new barbecues in the 8 barbecue areas. Each building has its own gym, theatre room, meeting room on the 6th floor, a mailbox area, port cochere driveway, guest parking lot and 24-hour concierge and security desk for its residents. Each floor had two 3-bedroom units, on both ends of each hall, or the edges of the building. The majority of the floorplans are 2-bedroom units, with 2 assigned, side-by-side parking stalls. There are stairs, fire exits and trash chutes on each floor. Both tower residents can enter or exit from either Piikoi or Pensacola street, as their security fob opens both gates. So Smart! Moana Pacific may not be the most luxurious in comparison to newer buildings which were built in 2018, but it has an exceptional location for the busy resident and the lowest monthly maintenance fees compared to other luxury buildings with the similar amenities! 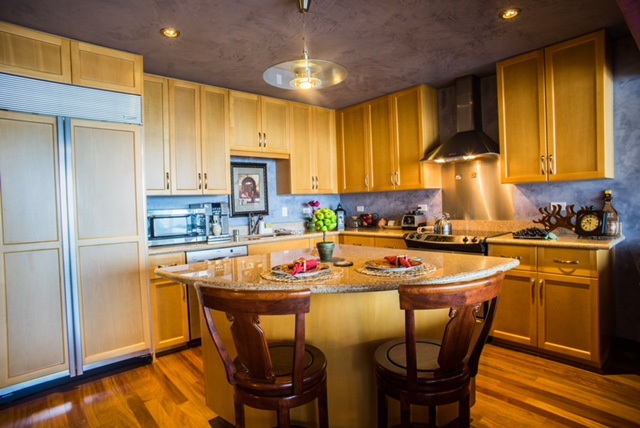 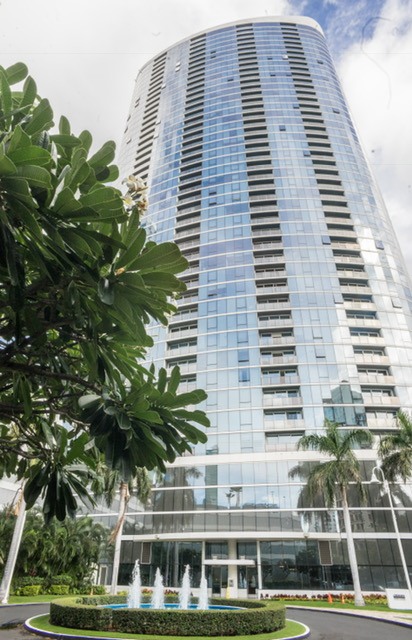 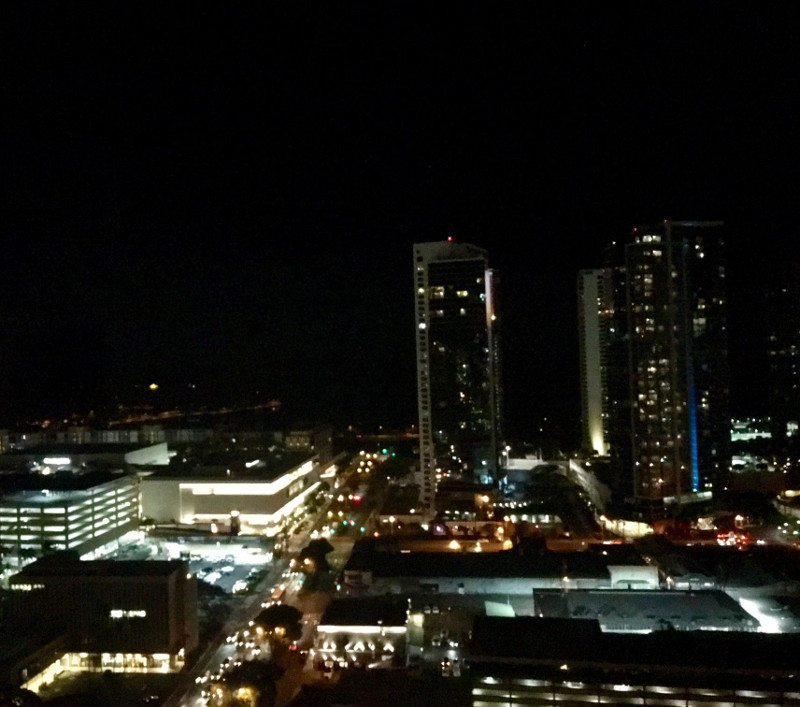 The East Tower entrance is off Piikoi Street, which runs Makai to Mauka (ocean to mountain), from Ala Moana beach park and shopping center to the H-1 Freeway, with on-ramp access going both east Honolulu towards Diamond Head or west to Downtown and Ewa! From this tower, its a short half block from Piikoi to Keeamoku Streets, which locals consider Asiatown, hosting a variety of authentic, Asian eateries, shops, produce markets, coffee shops & retail, along with a “Don Quixote” store like Tokyo has, a huge Sams Club, a Walmart, and a Walgreens. From the East Tower, Ala Moana Shopping center and beach are just a block down Piikoi Street and there’s “Ninjiya Japanese Market” like Los Angeles has, and further down Piikoi a longtime successful local owned “Foodland Farms” which is an upscale gourmet supermarket like “Gelsons” in California, with organic produce, a variety of hot and cold deli items, an Olive bar a Poke bar, BBQ bar, a bakery and a decent gourmet wine section. Of course, the ala carte gourmet shops within Shirokiya market and throughout Ala Moana’s new wing are also a hop, skip and a jump from here!

One doesn’t really need a car living in this area, it’s within walking distance! Packages? Groceries? Doctors? High Heels? There’s Uber, Lyft, Taxis and car lanes plentiful! There are bus lines also on Piikoi, Pensacola, Keeamoku, Kapiolani Boulevard and Ala Moana Shopping Center’s two sides. One can take “TheBus” or the “HonoluluTrolley” east to Waikiki, to Kahala Mall, or to Ward Village proper! Both schedules are online. Biki.com is a popular rent-a-bike, for an hour or a day! One can park the bike anywhere in Kakaako or Waikiki or downtown where there are Biki stands and walk, bus, jump in with friends or even taxi home! Kakaako is an urban community where exercise and healthy island lifestyle is celebrated.

Every building has its gems! At the Moana Pacific, in each tower, the ’05 and ’06 units located at center of each floor or curve in the building, has the best floorplans and layout, with more spacious kitchens, generous living room, with bedrooms separated on both sides and a bonus “den” which one can use as an office, extended living room space or build walls around to make into another room with privacy. Probably the most valuable feature is that the ’05 and ’06 units have ocean views from both bedrooms, living room and kitchen! Above the 28th floor, the VIEWS are considered THE BEST in the entire building. In the East Tower, these views would be closest to, with most unobstructed views of, Diamond Head, Ala Moana beach with Magic Island with 4th of July fireworks views and the charming flickering of cars driving by and buildings of the Piikoi Street city lights at night. The new Nordstrom at Ala Moana, just down the block on Piikoi Street, is lit up softly in the evening and adds to an incomparable, magical Honolulu City Lights view. The East Tower units sell slightly higher per square foot than the West Tower, perhaps because of this Diamond Head view and the front lobby is more spacious than the West Tower. The Penthouse floor in each tower has taller ceilings for an even more spectacular view. The Grand Penthouse is multiple combinations of units in one and simply amazing — amongst the best value PHs in Kaka’ako.