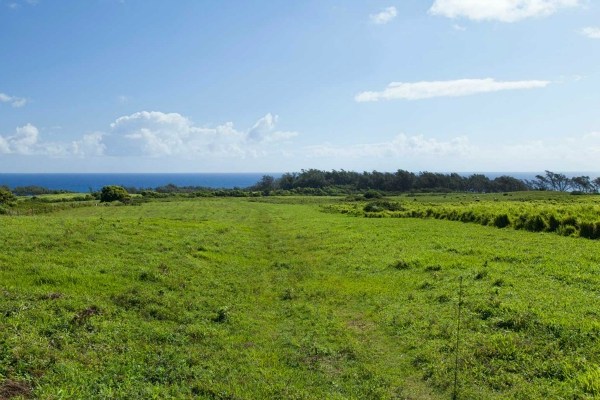 With three sold or in escrow, only one 6-acre lot is left in this Kapanaia ag subdivision (MLS# 272834)

Vacant Land: Slow in First Half but Prices Firm

Prices on the parcels sold so far this year in Kohala ranged from $325,000 to $760,000, and just like with nearby homes they sold on average for 96% of list price. Land takes longer to sell than homes do, with an average of over a year on market. More than half of these purchases are cash sales.

The lowest priced sale was at Puakea Bay Ranch, a 10-acre lot for $325,000. The rest of the sales were ag-zoned land outside of gated communities. My observation has been that the design guidelines and minimum square footage requirements at Puakea Bay Ranch seem to depress the land prices relative to similar acreage in Hawi or Kapaau with fewer restrictions. The highest priced sale, $760,000, was for 33 acres right in Hawi town.

Several of the parcels that sold are off-grid for electricity, but with County water. Buyers seem comfortable that many fine homes have been built in the area with photovoltaic and wind power. 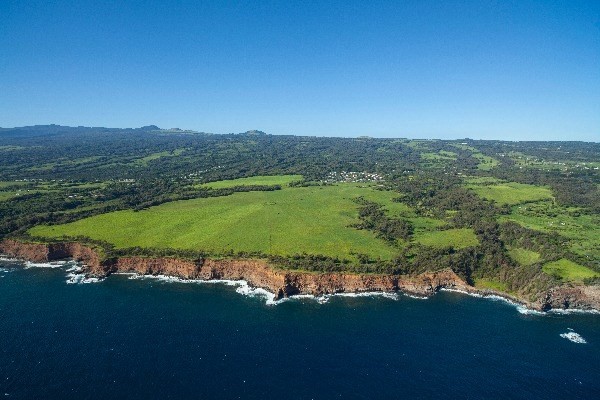 While usually we see more sales in the first half of the year, the market for raw land began picking up in the last month. Many of the buyers looked earlier in the year but either felt no urgency or needed to sell another property before making an offer.

As we head into the second half of the year, there are already 7 lots in escrow (double counting a property listed as both a home and raw land). One significant sale is first in the new Hawi Nani subdivision of five agricultural lots along Hawi Road. There are also two sales in the Kapanaia six-lot subdivision, with only one lot remaining.

Four parcels remain in the Hawi Nani agricultural subdivision, with one in escrow (MLS# 294528)

A lot is in escrow at Maliu Ridge, and one at Ranch at Puakea. Both of these subdivisions have new homes or homes in the planning stages on lots purchased in the past few years. Contractors in Kohala are booked out more than a year, another sign of a healthy real estate market.