Dan Madden developed these charts to show Hawaii Kai price trends. Home prices increased around 140% from 1986 to 1990 and from 1999 to 2006, then dropped until 2009, rising since. Islandwide, the median price has increased around 4% per year for the last 10 years. Overall, Hawaii Kai prices have dropped around 5% in the last year while island-wide, prices have increased around 3%. The charts show mixed results, some product lines increasing slightly or flat, some decreasing. “Days on Market” and “Number of Homes for Sale” have increased slightly; “Months of Inventory” is flat; and “Number of Sales” has decreased slightly. Normally, market changes manifest first in the higher end properties. If you’re thinking of buying or selling, email DanMadden@HawaiiLife.com or call 384-9933.

CONDO/TOWNHOME – The top line in this chart represents Marinafront Townhome sales and includes Kuapa Isle and Koko Isle as being representative.  The second line is luxury 2 bedrooms in Kalele Kai and Mount Terrace and 3 bedrooms in the Colony at the Peninsula.  The third line is off-marina town homes and includes 3+ bedrooms in Kalama Ku’u, Mariner’s Villages 1/2/3, Lalea, Moana Kai, and Nanea Kai. The fourth line is 2 bedrooms, less than 1400 square feet, in Esplanade, Colony, Plaza Hawaii Kai, Naniwa Gardens, Heritage House, Mauna Luan and Commodore. The bottom line is 1 bedrooms in the same seven buildings. 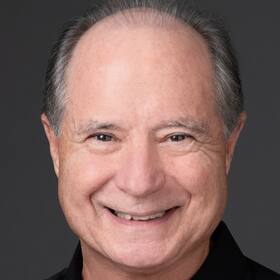 Best Time to Buy a Home in Hawaii

Aloha Dear Friends, When is the best time to buy your dream home, vacation rental investment and or land in …

Hawaii Kai is a beautiful community located on the eastern end of the island of Oahu. The former fishpond and wetland area …