With great weather and a wide variety of activities, there is something for everyone on the islands. The most difficult question is, “Which Island is best for me?” 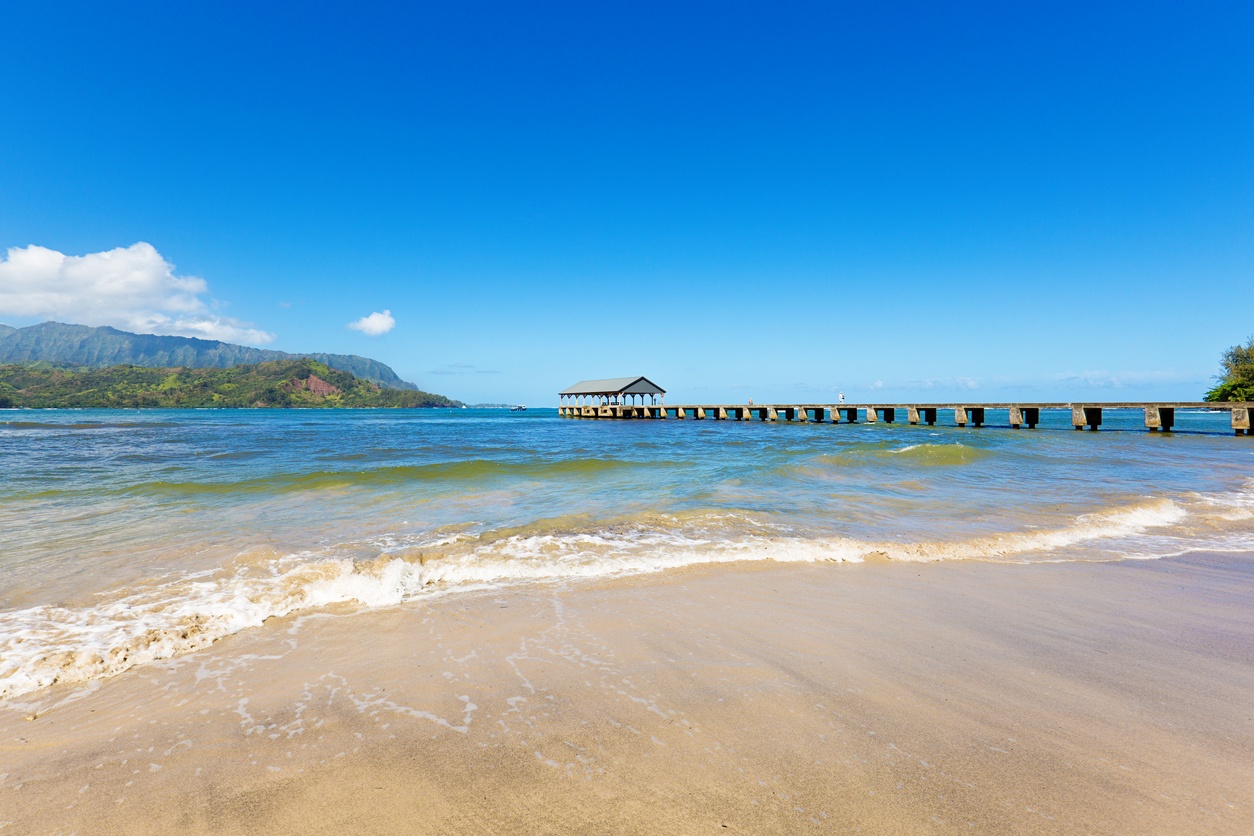 Let’s go through and see what’s most important to you:

The Big Island, also known as The Orchid Isle, is the largest of the islands but only has a population of 142,000 – it has the smallest population per area. The Big Island has only two big cities: Kona and Hilo. The Big Island boasts quite a diverse array of microclimates. The Big Island is home to 11/13 climatic zones! Mauna Kea has seasonal snowfall and its name means “white mountain” in Hawaiian.

Hilo is the wettest major city in the United States at 120-160″ annually, so you can expect lush surroundings and lots of rain (especially at night) in Hilo. 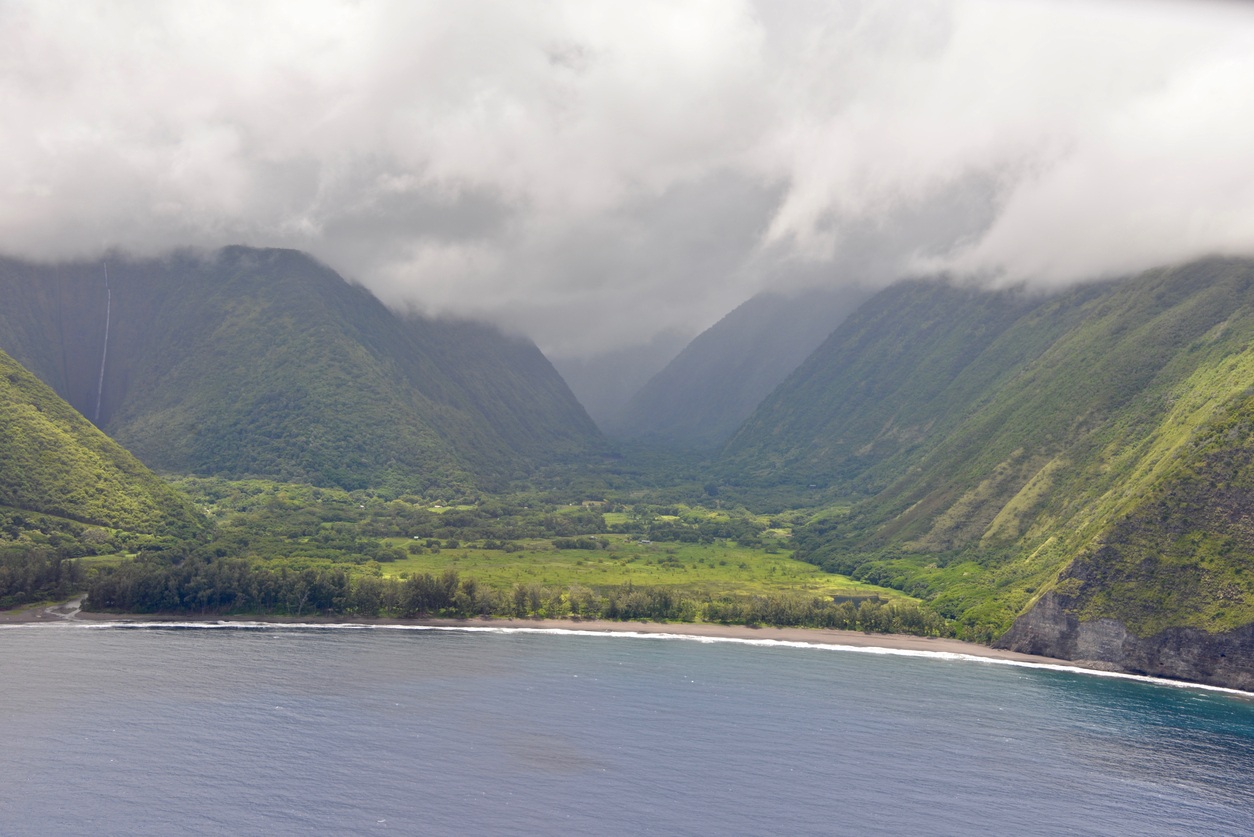 The Kohala Coast is almost always sunny year-round and offers the best chance for dry weather, averaging just 0-10 inches annually. The Big Island also has a famous black sand beach “Punalu’u” – Punaluʻu is frequented by endangered Hawksbill and Green turtles. The Big Island has lots open land and tends to be less expensive.

Maui, or The Valley Isle, is the 2nd largest Hawaiian Island with the 3rd largest population on it. In 2011 Maui was voted “Best Island in the World” honors for the 17th time by Conde Nast Traveler Readers’ Choice Awards. Maui is becoming increasingly commercialized, but still has a lot to offer as far as outdoor recreation is concerned.

Maui provides a happy medium between the city life of Oahu and the laid-back lifestyles of Kauai and the Big Island, offering something for everyone. If you’re looking to watch for whales, the waters off of Maui are one of the best places in the world to do so. From November to May, you can spot whales and their new offspring playing in the water. 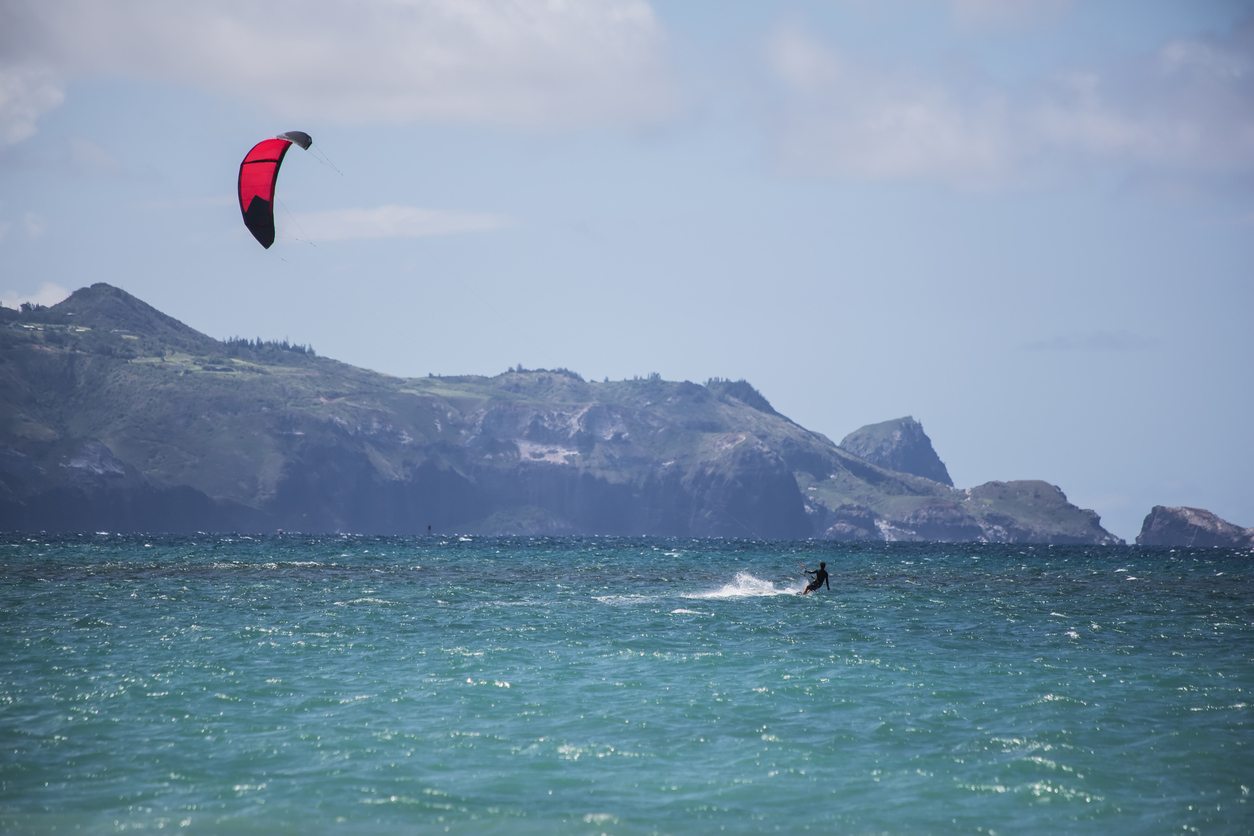 Maui is the windiest island of Hawaii. That is why it is also one of the best wind surfing and kite surfing spots in the world. Maui’s dominant northeast tradewinds bring beautiful down the line waves sailing up and down Maui’s central north shore, from Ho’okipa downwind to Kanaha.

Oahu, or The Gathering Place, is truly the heart of Hawaii. Oahu has the state capitol, Honolulu, and the majority of Hawaii’s population (953,207 inhabitants reported in 2010). If you want to surf in the morning and be in a city in the afternoon this is the island for you.

In Waikiki, you’ll find everything from open-air malls (Ala Moana Center is one of America’s largest outdoor malls) and high-end retailers to charming boutiques and local specialty stores. And the fun keeps going long after the Waikiki sunset with amazing nightlife and live music. 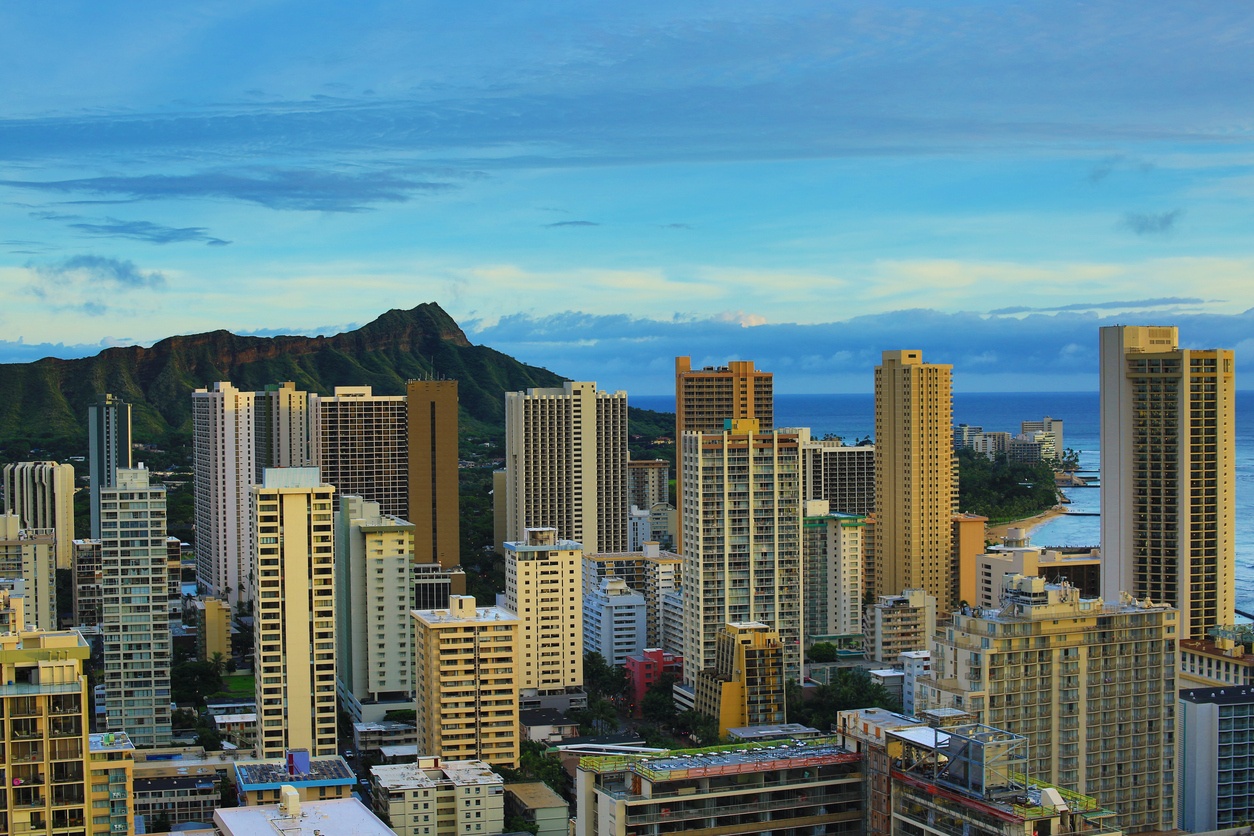 I have not forgotten about you, my fellow beach lover… Waikiki is one of the most visited beaches in the world, around 4 million people come to swim in the beautiful waters. Oahu has the most jobs, places to live, restaurants, and entertainment options. It is not the least expensive place to live, but it has the jobs with the highest salaries.

Kauai, more commonly known as The Garden Island, is the oldest and northernmost island in the Hawaiian Island chain. Kauai is graced with dramatic, natural beauty and is the only island with navigable rivers. It has some of the best stand-up paddle boarding areas.

Hanalei Bay is one of the most majestic beaches. The beach is nearly two miles long and surrounded by mountains. The bay offers excellent mooring for sailboats, stand up paddle boarding and swimming. 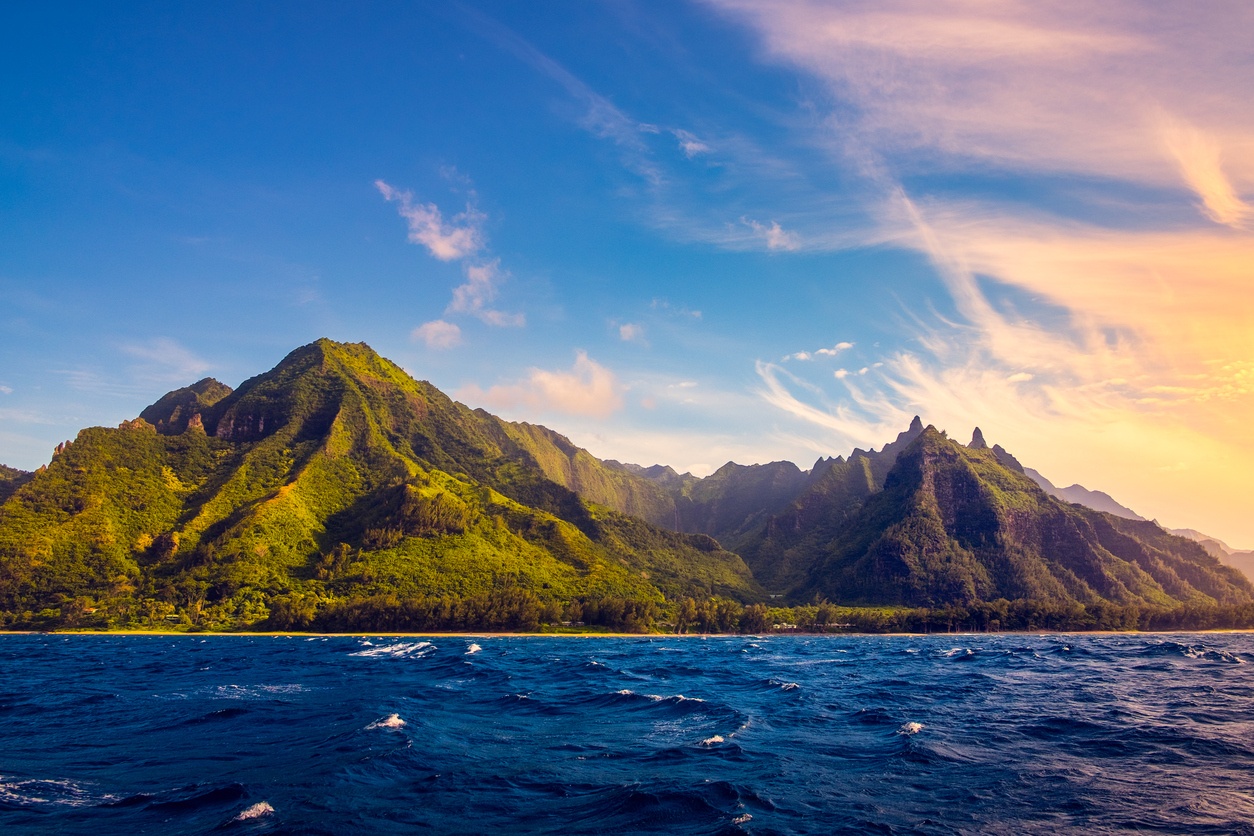 Kauai is home to the world famous Na Pali Coast, which is Hawaii’s premier hiking destination. The Na Pali Coast is inaccessible to vehicles, this coast can be enjoyed by hiking, boating in kayaks, or in a helicopter. The Kalalau Trail from the end of Kuhio Highway provides the only land access, traversing 11 miles and crossing five major valleys before reaching Kalalau Beach at the base of Kalalau Valley.

Don’t worry…no matter what island you decide to make the move to…everyone will want to come visit!!

Love it! Thanks for the info Kelly

Love it! Thanks for the info Kelly

Wow, this is great information, thanks Kelly!

Wow, this is great information, thanks Kelly!

My husband and I are looking to move to the islands from Minnesota. What islands do you recommend? We want to simplify life and would like to keep our 4 kids well educated.

My husband and I are looking to move to the islands from Minnesota. What islands do you recommend? We want to simplify life and would like to keep our 4 kids well educated.

Is there any land available to build house on in oahu? we currently live in surprise arizona. mahalo

Is there any land available to build house on in oahu? we currently live in surprise arizona. mahalo

Looking for a home in the range of 400,00 two bathrooms three bedrooms near a town not out by itself

Looking for a home in the range of 400,00 two bathrooms three bedrooms near a town not out by itself

This 4 bedroom, 2 bath fully remodeled classic charmer is privately situated on over 1/3 of an acre in an …

Happy Aloha Friday! This weekend, we have a few Maui events to share. Marty Dread is featured at tonight’s Kihei …