If you’ve never spent Halloween in Lahaina, start making plans now, this is an event you do not want to miss. For many years on Halloween Night, more than 20,000 costumed revelers have converged on Front Street for an evening of spooky fun! This year will be no different.

The 36th Annual Keiki Parade will kick off the festivities at 4:30 pm. It will begin at Papalaua and end at Banyan Tree Park where participants will receive a ribbon and a bag of goodies. Both Mayor Alan Arakawa and the Lahainaluna Marching Band will be participating this year.

It has become customary for the onlookers to throw candy to the kids as they pass by. If you don’t provide the treats, you’ll likely get the mysterious trick they’re all talking about.

As you can probably imagine, everyone gets very creative every year. The goal is to have the flashiest costume that hopefully no one’s ever seen before, like these two ladies. How’s that for creative? 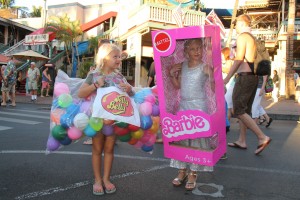 Live music this year comes in the form of Maui’s own Haiku Hillbillys. The Hillbillys will be performing from 6:00 pm until 8:00 pm in Campbell Park. Also available in the park will be face painting and other youth activities. 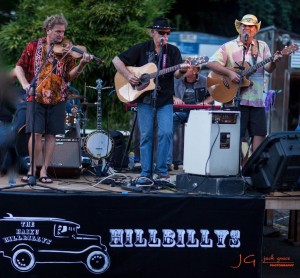 This year’s costume contest registration will open at 6:00 pm and run until 8:45 pm at the Pioneer Inn Shops, and the contest itself will run from 7 pm to 9 pm. The winners will be announced at 9:30 pm and the grand prize winner will receive $1,000.00.

Front Street will be closed to traffic from 3:30 pm until midnight, between Baker and Prison Streets. Come early for the best parking.

Shuttles from the parking lots at War Memorial Stadium and Kihei Aquatic Center will be offered by Lahaina Halloween Express. One-way tickets to Front Street are $5 – cash only. Return trip tickets can be purchased in Campbell Park.

Have fun, be safe, and we’ll see you there!

Hi George – so what’s happening this year in Lahaina?

Hi George – so what’s happening this year in Lahaina?