Will Hawaii Lead the Way & Be the First State with 100% Renewable Energy?

Everyone has seen this view from Honoapiilani Highway on their way to or from the West side. This is our future – renewable energy. 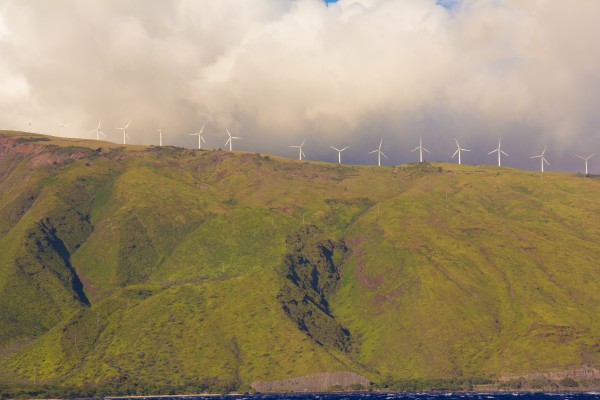 Last summer was very hot here in Hawaii. A lot of people were shocked to see their electric bills. I have a friend with a 1,600 sq. ft. home. They ran their AC continuously as everyone was home all the time. Their electric bill ran close to $900 every month! Renewable energy is the answer.

An article from EcoWatch.com states, “The legislature finds that Hawaii’s dependency on imported fuel drains our economy of billions of dollars each year,” the bill says. “A stronger local economy depends on a transition away from imported fuels and toward renewable local resources that provide a secure source of affordable energy.”

Lucky to live in Hawaii where sun is abundant and mostly taken for granted. Renewable energy has increased the power received by that source by 12 percent in the last six years. It is a no-brainer for Hawaii. More than 21 percent of Hawaii’s power comes from renewable sources, beating the goal of 15 percent by 2015. The legislation has a goal of 70 percent by 2030 and a target of 100 percent by 2040.

I think it will be a while before we see 100%, if MECO has anything to do with it. I hear they are cutting off the ability for homeowners to add PV again.

I think it will be a while before we see 100%, if MECO has anything to do with it. I hear they are cutting off the ability for homeowners to add PV again.