The American dream is alive and well in, of all places, Moaul’a, Ka‘u. Let me explain. With about 2,100 acres, Moaul’a is one of the largest farming communities in the state. Predominantly planted in coffee, there are also large parcels appropriate for ranching and other crops. Not a day goes by that I’m not asked about our listings and what’s happening in the area.

Initially offered to the tenant farmers to ensure they would be able to own their farms forever, many sales are reported as “sold before print.” Some farmers opted not to buy while a few were not in position to do so. This left a desirable handful offered to the public.

The farms were initially offered to the farmers at a yearly prorated financed price even lower than their yearly farm license. The sugar industry began in the 1800s, but once production ceased, coffee was there to provide an alternative for the farmers (predominantly residents of Pahala). 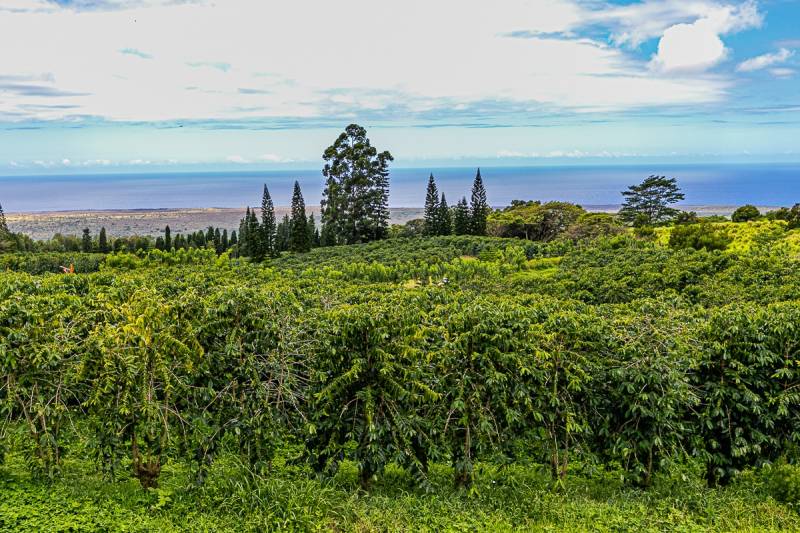 Unlike the rocky soil of South Kona, Ka‘u lands hold moisture and the constant sunshine assures year-round production. Most farms average 10-30 acres, while several larger parcels offer the opportunity for cattle ranching, timber harvesting or future development. The lands are as beautiful and serene as you could possibly imagine. Each lot offers the opportunity (per county code) to build a residence. The county will also allow additional farm dwellings with an expanded application and appropriate work justification.

Located between 1,500 and 3,000 feet in elevation, several varieties of coffee are being grown. According to the current land manager, Ka‘u coffee first entered local cupping contests around 2007. By now, I think we all know that the farmers consistently score high year after year.

In order to accommodate the farmers, the current owner took an already approved Planned Unit Development (PUD) and reconfigured the lots to try to conform to existing farms. Old cane roads, originally about 400-800 ft apart, have serviced the area for years. The seller is currently in the process of paving most of the roads to ensure better drainage and improved access. Even though the PUD approval was already in place, it has still taken years and a ton of investment to get the lands to market.

We, at Team Nakanishi, are so proud to be able to assist the sellers in offering the American dream to the farmers of Ka’u. For the few who are able to jump in and participate as new owners, these lands offer the chance to own a piece of old Hawai‘i not yet tainted by development. We’re so excited to finally be closing sales and look forward to visiting the Ka‘u Coffee Mill knowing we’ve been part of the process and not part of the problem! 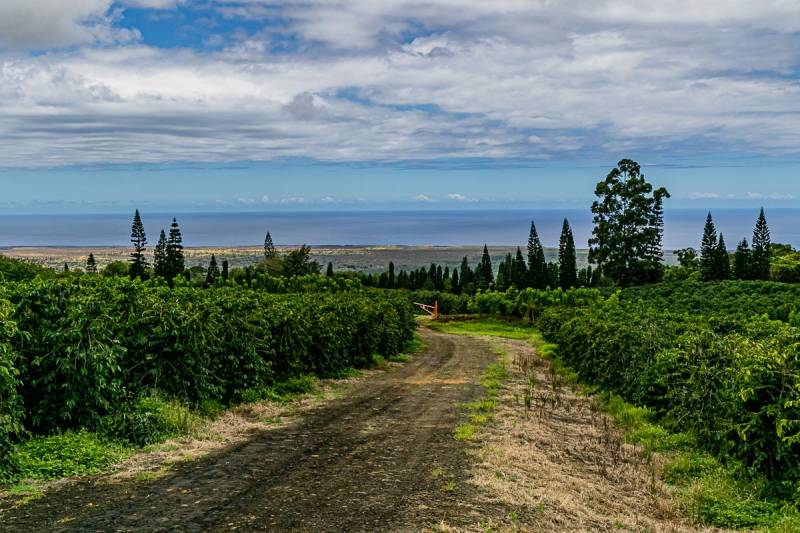 Denise Nakanishi is a REALTOR Broker with Hawai'i Life. Denise Nakanishi is one of Hilo's most acclaimed real estate agents. She reached the rank of Major in the US Army and is now known by many as "Major Mom." The nickname fits–not only does Denise bring the discipline and mission-oriented attitude you'd expect, she's also caring and compassionate, always looking out for her clients like they're her own family. Having made the Big Island her home since 1987, Denise combines her extensive knowledge of the area with a sharp focus on customer service and the results speak for themselves. She's the recent recipient of the Best East Hawai`i, Best of Zillow, Chairman's Circle Award, President's Circle, Top Producing Agent since 2001, and Realtor of the Year awards. Denise stays ahead of the curve because she's passionate about education–she served as Education Chair for Hawaii Island REALTORS® for many years. She's one of Big Island's best real estate resources, known for her weekly article in the Hawaii Tribune Herald. Denise leads Team Nakanishi for Hawai`i Life, who is committed to their family, work, and community. In her little time away from work, Denise is a committed runner and Grandy. She also devotes many hours to various Veterans' Organizations, the East Hawaii Cultural Center, and the Hawaii Island REALTORS®. You can email me at denise@hawaiilife.com or via phone at (808) 936-5100.

What are the property sizes and prices?

> Mahalo for asking Scott! I just emailed you a link to our available lots that shows the sizes and prices 🙂

There is no easy way to search for horse-friendly properties or those with equestrian facilities. Thatʻs why I try to …

Aloha Dear Friends, I just toured this stunning Ranch for sale in Waikiki Ranch on Big Island Hawaii going for …

Kona Coffee Cultural Festival 2021 on the Big Island of Hawaii

In recent years there has been significant interest and growth of coffee microbrewers and blends. Café culture is revered as …

Am I Subject to CC&Rs?

Pictured lot: Oneloa Subdivision with agriculture-focused CC&Rs. If pig farming is your life’s aspiration, you’ll want to ensure the property …