The Suburban Community of Mililani in Central Oahu

Mililani, meaning “to look skyward”, has always been a popular community for residents on Oahu. A big part of the draw for those that have school-aged children, is the consistently high rankings of the schools in that area, along with 20+ parks to play in and a dog park as well.

For those who work in Central Oahu or even somewhere on the North Shore, the commute is much easier then battling the Honolulu or West side traffic. There is the convenience of big box stores like Costco and Wal-Mart, lots of other shops and restaurants, plus you’re closer to the beautiful beaches on the North Shore of the island.

Mililani is a very well thought out, master planned community with tree-lined streets. It is broken up into 2 main areas: Mililani Town and Mililani Mauka. The latter is the newer end of Mililani, boasting additional greenery, with lots of pine trees, and the bonus of the mountains in the backdrop. Temperatures are generally cooler here, especially in the evenings or during the winter months.

A third area of Mililani is Launani Valley. Launani was developed by Towne and is in a different Association and school district from the other areas of Mililani. It’s lush and tranquil there, and is accessed from the backside of the community. 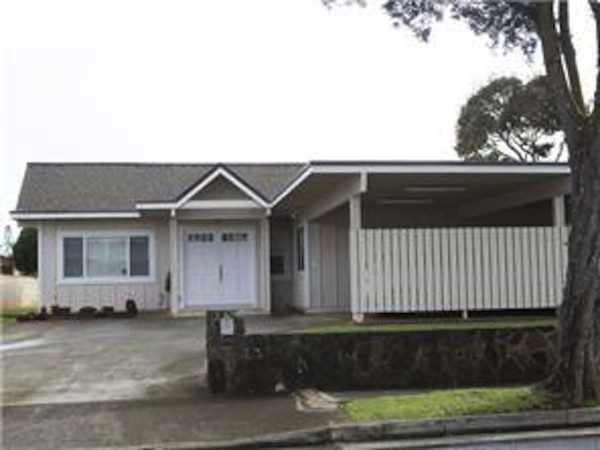 Many homes in Mililani Town have carports

Castle & Cooke developed the majority of Mililani: Mililani Town was started in the 1960’s and Mauka in the early 1990’s. These residents are a part of the Mililani Town Association, which contains several recreation centers offering tennis, volleyball, basketball, community pools, and clubhouse space that can be rented. This also means that owners need association approval when they alter the exterior of their home, such as changing the roof, painting the exterior, or adding fencing. This is standard for most associations, the goal being to keep the community more uniform and well maintained, which results in higher property values. 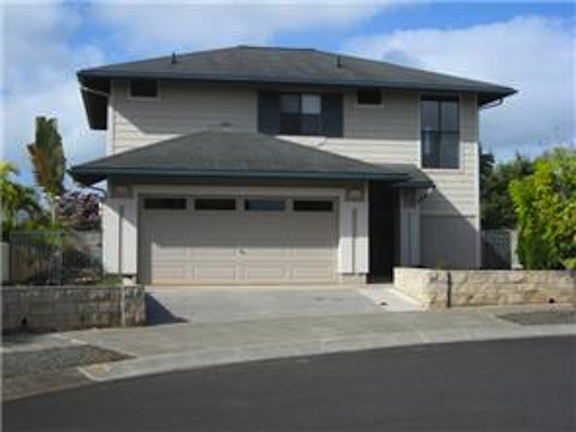 While real estate values continue to rise in Mililani Town, prices are generally much higher in the Mauka area. The first homes in Mililani sold for $25,000 for an 884 square foot property, and currently single-family homes start from about $525,000. On the upper end, a home in Mililani Town will max out in the mid $700,000s, whereas in Mauka they will reach almost $1M.

This is the only city in the State of Hawaii to be named (in 1986) an All-America City by the National Civic League. Also, in 2005 Money Magazine named Mililani “one of the best places to live” and in 2010, Bloomberg named Mililani one of the “best affordable suburbs in America.” What was formerly pineapple and sugar cane lands, Mililani has come a long way!

If you want to learn more about homes in the Mililani area, contact me.