This is a followup to a previous blog I did that talked about the differences between cesspools and septic systems and their use within Maui County. What follows are real stories about real people and real cesspools on Maui. Names and other information have been changed.

The Case of the No Place to Go Cesspool

Jaime Kazuka had a house in Makawao that he had lived in for many years on a small lot. He had 3 kids who were all teenagers and they liked to take long showers. Since Makawao generally has pretty small lots (this lot was about 6,500 sq.ft.), cesspools usually could only have one place to go in the small yard. Jaime’s cesspool filled up about every 3 weeks and he had a contract with the county of Maui to pump it.

He finally got notice from the county that they were not gong to pump it any longer and that he had to replace it with a septic system because they considered his cesspool a “failed system.” With no county sewer available to hook up, he went to see an engineer.

The engineer told him that the state considered his lot substandard for a traditional septic system because there was not enough room for a drain field. The only option was to pump the current cesspool dry, enlarge it, add concrete drain tiles all around the side, install a septic tank and connect the two. The cost was about $20,000. Since Jaime had tuition due for the freshman year of college, he had to make some hard choices.

Jaime heard a rumor of the “midnight backhoe” operator and contacted him. He had the midnight operator come to his house, dig a whole new cesspool, and leave the dirt in the yard. He then called a private pumping service, drained the old cesspool, and connected the sewer lines to the new cesspool. The midnight operator came over, pulled the old concrete cover off the old hole, and put it on the new hole and pushed all of the dirt in the old hole. Cost was $2,000. Problem was solved by shorter showers and sending one kid off to college. Was this legal? Of course not, but what real solutions did Jaime have?

The Case of “Where is the Hole?”

Realtor, Eager2 Please, sold a house in Kula in the 1990’s, prior to any written seller disclosure law to Dr. Goodheart. Realtor also represented the seller in this transaction as a dual agent. Seller, Wishu Goodluck, said the cesspool was located in the driveway, near where there was a clean-out. Realtor Eager2 Please passed this information on verbally to new buyer Dr. Goodheart.

Years later, in 1998, after the seller disclosure law was passed, Realtor Eager2 Please listed the house for sale for Dr. Goodheart. A contract was entered in to with a buyer, Mahler Mystic, represented by Guru Realty. A seller disclosure, signed by Dr. Goodheart, stated that the cesspool was “under the driveway, near the cleanup.” The deal closed and life was good for a few years.

A few years passed and Mahler Mystic decided he wanted to build a cottage on the property and wanted to verify where the cesspool was. His written disclosure stated “under the driveway, near the clean out.” He hired cesspool company “Stinky Business” to ascertain the exact location. Stinky Business ran a camera down the clean out and found that the cesspool had either moved or was located very near the property line and possibly under the garage, but they could not give an exact location.

This did not help a lot, so Mahler Mystic hired another cesspool pumping company “Eyes in the Hole, Pumping Service.” Well, Eyes had better equipment and vision and came back with a definitive opinion. The cesspool straddled the property line, but most of it was on the neighboring lot.

Dr. Goodheart was long gone, off practicing medicine in India, so any disclosure she had made really relied on that Realtor, Eager2 Please. Mahler was not happy and sued everybody on site. Since his Realtor, Guru Realty, was involved, he got sued, and of course, Eager2 Please got sued.

What happened? By now, both Eager2 Please and Guru Realty were getting street wise and realized that the only winners in lawsuits are attorneys, they worked out a settlement to buy an easement from the neighbor for $20,000 to allow the cesspool to have an easement to remain in place and another $15,000 to pay off a few hours of legal fees. In the end, Mahler was not entirely happy and neither Realtor got a new Mercedes that year.

Moral of the story: find out where the hole is and how full it is, before you close any cesspool transaction sale.

Realtor Eager2 Please had not had his share of pain yet for the year, so he decided to go looking for some, back in his favorite cesspool hell, Makawao!

He listed a house and cottage for sale on a fairly small lot owned by Obey Rules, around 9,000 sq. ft., and now lusting for a new Mercedes, decided to not make any mistakes. The first question was, “where are the cesspools and septic systems?” He knew that the house was constructed in 1990 and probably had a cesspool as the law did not change requiring septic systems until late 1991, and the cottage was constructed in 2003, well after the Federal Government had forbidden sharing a cesspool under the “large capacity cesspool rules.”

The answer made his heart almost stop when the reply was “the State of Hawaii approved my plans to share the cesspool when I built the cottage.” Eager2 Please could visualize the wheels of his new Mercedes spinning the wrong direction.

Eager2 Please did his job, found a buyer, but informed the buyer of the problem. After serious negotiation, the buyer agreed to purchase the property at full price, but because his FHA lender required full compliance on Federal cesspool rules, he would only close if the problem was fixed.

Solution? $25,000, dig up the whole front yard, killing 3 big shade trees, to install a full compliant septic system. Obey Rules did it the right way. The deal closed. Eager2 Please kicked in half his commission to ease the pain and went shopping for a new Kia.

Need a Realtor That Knows How to Handle These Issues?

I have sold real estate on Maui since 1979 and has been involved in over 2,000 transactions, not all of them fun, but learning on every one of them. To contact me, send me a note: 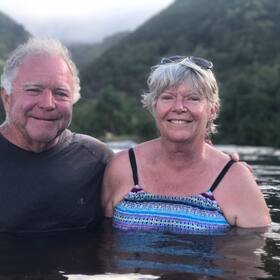 Do you know anyone on Big Island that can HELP with a major cesspool problems.