Is It Waimānalo or Hawaii Kai?

While driving East along Kalanianaole highway, passing through Kuliouou Valley, one might notice a peculiar sign near the intersection of Kalanianaole and Kawaihae Street. An Ahupuaʻa marker, a sign placed to designate the land divisions of old Hawaii, reads “Waimānalo” less than one block from a much larger stone sign which designates the area, Hawaii Kai. Waimānalo, an area located between Kailua and Makapuʻu, is colloquially understood to continue only until Makapuʻu point, with Kalama Valley and Hawaii Kai occupying the area around Koko Head Crater. This might leave one wondering how the area now known as Hawaii Kai, took on that name, when it was before considered part of Waimānalo. 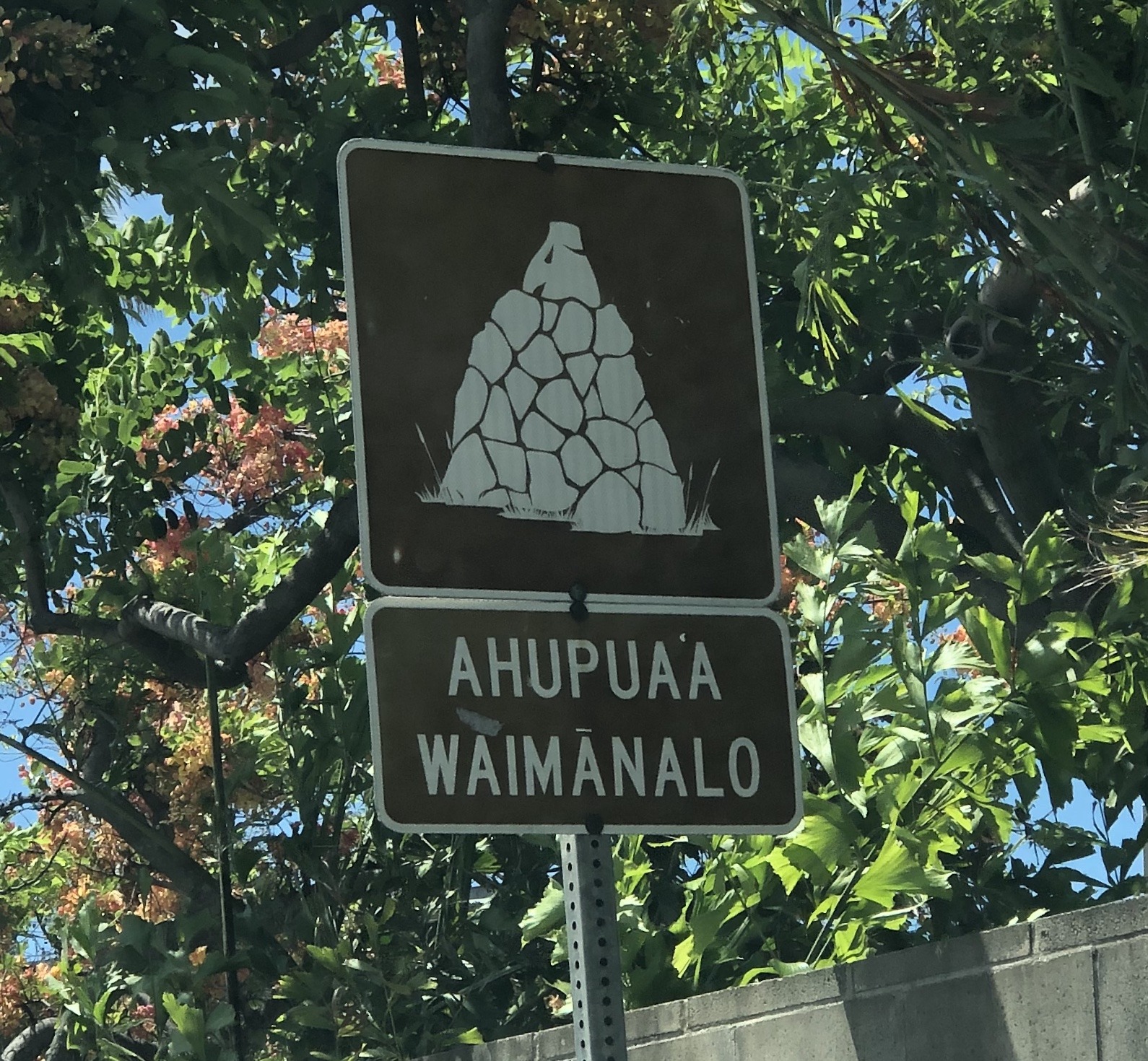 Hawaii Kai is currently understood to be the land which begins in the back of Hahaʻione Valley and Kamiloiki Valley and runs alongside Koko Head Crater towards Maunalua Bay and Portlock point. Its name, although Hawaiian, is a reference to a land developer, named Henry J Kaiser. The current layout and geography of Hawaii Kai is largely a result of development directed by Kaiser, and it is for this reason that his imprint is still clearly visible in the town. Kaiser High School, located in the foothills of Koko Crater, is named after the developer. Near Portlock point and the infamous China Walls, is the Kaiser estate, an extravagant hillside home with amazing views of Maunalua Bay.  The ambition of Henry J Kaiser can be seen here, written in the coral reef that hugs Portlock’s shores. A channel dredged through the coral and meant to allow safe passage of boats directly into a private dock at the Kaiser estate remains, forever affecting the currents and waves that break along this coast.

One of Hawaii Kai’s defining features, the Kuapā Pond, is now home to Koko Marina shopping center, as well as many waterside houses. Much of the land on which these houses sit is not natural but is instead a result of dredging in the pond, development which had started with Henry J Kaiser. In these ways, Henry Kaiser’s mark is forever etched into the landscape of Hawaii Kai.

It is also for these reasons that Hawaii Kai is now colloquially understood to be different than Waimānalo. However, the Ahupuaʻa marker near Kawaihae st is a reminder that Hawaii Kai’s history begins long before Henry J Kaiser began development there in the sixties. Although historical records of the area surrounding Kuapā Pond are rare, it is still important to remember that the neighborhoods and towns of modern Oahu don’t necessarily reflect the ancient practices of land division and usage.

Not a lot of in-depth information here. Most of us know from the 60’s forward, how about the older history? Ahupua’a Waimanalo information, that is why I stopped to read this.

How do you describe a sweet neighborhood? It’s hard to define sweetness when it comes to place, but when it …

Do you want to keep Hawaii beautiful? Are you aware that there is a way for you to do your …