The bottom line for the condos at beachfront Kolea in 2014 was that both the number of sales and price points showed an increase, as buyers became resigned to the fact that we are no longer in a distressed market, and stepped up to buy at today’s Kohala Coast resort real estate market prices. 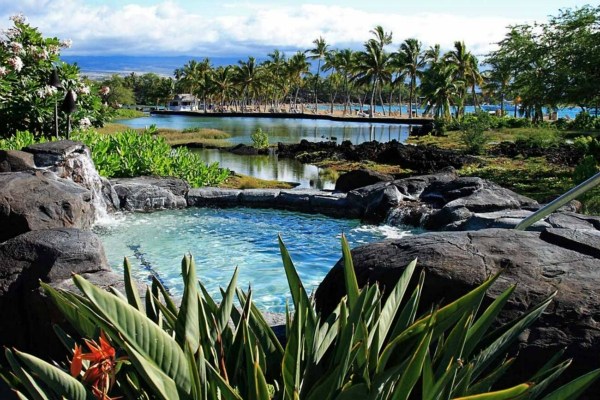 Breakdown of Kolea Condo Sales in 2014 – Most Under $1 Million

Recall that at Kolea, the beachfront gated community at Waikoloa Beach Resort, there are vacant lots, single family homes, large condos in six-plex buildings, and smaller condos in twelve-plex buildings. A median sales price for Kolea makes little sense. We need a finer tooth comb to analyze sales at Kolea.

This represents a shift in buyer segments, with fewer buyers for the high end (and therefore more stable prices), and pent-up demand at the under $1 million level. 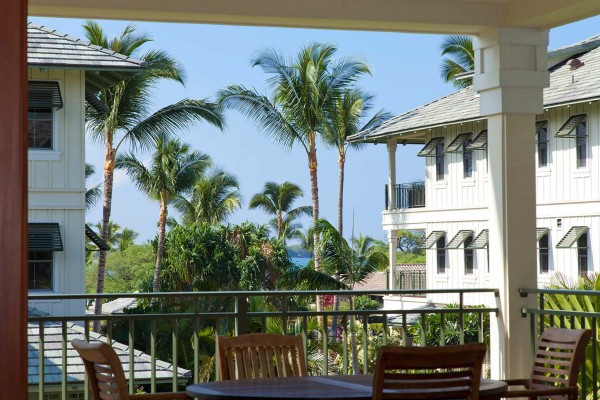 Prediction: As we move into 2015, there are only five two-bedroom Kolea condos on the market, including one REO (bank-owned after foreclosure). It seems likely that they will find takers…but given the strong rentals at Kolea, they might have to be sight-unseen sales!

Sales of the smaller two-bedroom units dipped to the low $400,000s in 2011. Keep in mind short sales are unfurnished, but one can do an excellent job of furnishing for around $40,000.

The three interior two-bedroom Kolea condos sold in 2014 ranged from $675,000 to $750,000. The lowest priced was in the building farthest from the ocean/Beach Club; the other two were in Building 9, and in my opinion, the differences in upgrades and view probably were not as significant as the difference indicates.

The larger, exterior two-bedroom Kolea condos sold at prices ranging from $850,000 to $915,000. Ocean view matters. The three-bedroom ground floor unit Building 9 sold for only $799,000 as the first floors do not have even a peek of ocean view. On the other hand, the seller of ground floor 9K could not complain, having purchased for only $650,000 in 2011. 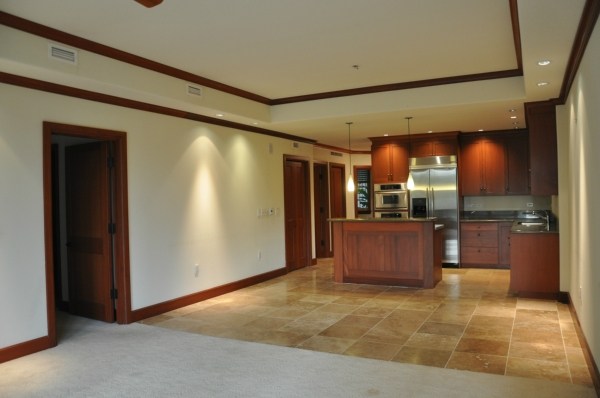 The current active “view” listings have second floor asking prices in line with third floor actual sales prices. The question is whether a buyer will prefer to pay over $2 million for a second floor facing south towards the Beach Club…or find their deal in penthouse 1F, which faces towards the Hilton side instead and suffers from a bit of road noise. 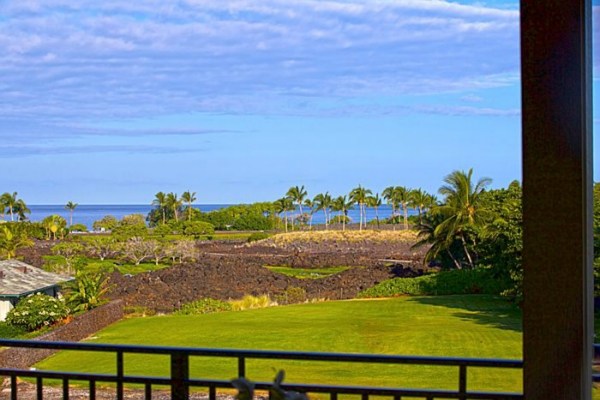 View from Kolea 1F across vacant lot. You might lose a little when home is built but asking under $1.7 million (MLS# 278634)

All three groundfloor three-bedrooms are priced exactly the same at $1,599,000. The good news with the ground floor is they have an attached garage and open onto a grassy area, so feel somewhat like a single family home. The bad news is that most lose their ocean view to the row of single family homes. My listing of Kolea 8D (MLS# 278396) may well be the only one of these villas that has a forever view, being situated across from the Beach Club. 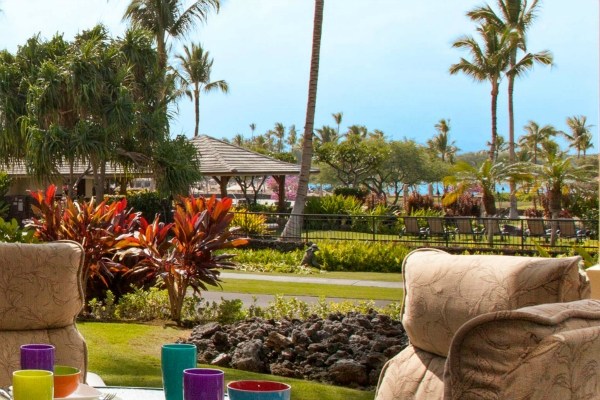 Kolea 8D, an unusual ground floor three-bedroom with view of the ocean and beach

I would be remiss in failing to remind readers that one of the single family homes was foreclosed upon and is listed for $3,450,000 (MLS# 277775). With just over 90 days on market, and an auction that didn’t fly, the bank that owns it might be softening towards an aggressive offer…but even at near asking price it still appears to be a sweet deal.