Let’s actually look at what a bubble is. A bubble isn’t defined as just rising prices and a crash isn’t defined as just falling prices. A housing bubble requires two things. The first piece is home price over-valuation and the second is speculation driving the market upward. This is what happened in 2006-2007. People were buying homes that they couldn’t afford because they were speculating that the crazy housing market was going to continue forever. People were using 100% financing and stated income loans (no tax return needed) to purchase multiple homes that they couldn’t afford. That is speculation. So, while the housing market right now is possibly overvalued in some areas, it is not necessarily driven by speculation.

For the first time in 14+ years, the data is showing that the market is playing catch up! The market took a huge cut-back in 2008 during the great recession and sub-prime mortgage collapse. From 2008-2020 most of the real estate transactions were being made by people who NEEDED to move or sell. The ensuing 2008 foreclosure crisis and credit crisis caused a global recession. Right now you ACTUALLY have to make money to get a loan. CRAZY RIGHT?! Since the 2008 crisis there are no longer stated income loans and people are generally not purchasing multiple homes above their means. Now, people are speculating crypto and NFTs. Who knows what will be worth money in the future? All that we do know is that what you buy today will most likely be worth more in the future because that is what historically happens.

Nationally, the housing market is actually beginning to cool as more homes are listed on the market and bidding wars are less common. Hawaii does fare a little different than the rest of the country. Although the Hawaii market is facing headwinds from economic and geopolitical factors, home sales here are still strong. There has not been a sharp drop in single-family home prices as some expected as the median sales price still sits at $1,153,500. But instead of seeing 5-6 offers, we may be seeing 2-3. People are still paying over asking price, but the competition is not as steep as it was 3-6 months ago. The Honolulu Board of Realtors’ former president Shannon Heaven said it is becoming more of an even playing field between buyers and sellers.

Additionally, with the Federal Reserve introducing the biggest rate increase in years to battle rising inflation, home prices will likely fall in the housing markets that are most “juiced,” according to Mark Zandi, chief economist at Moody’s Analytics. Areas with signs of significant speculation, namely in the Southeast or Mountain West can expect a fairly significant correction. If and when it comes, a drop in housing prices isn’t going to bring much immediate relief to renters, Zandi warned. With the supply of starter homes for buyers so limited, and interest rates rising, would-be buyers will have limited options to move from leases to loans. Rising permits and construction for multifamily housing will relieve pressure, causing rent growth to increase less rapidly. So if you think that renting would be the best option, that is not necessarily true.

Even those purchasing at higher rates may have options down the line. And then when rates do fall in the future, you can always refinance. The Federal Reserve has warned of plans to increase interest rates even more in July/August, but buyers should not be discouraged. You have to think that historically, a 6% interest rate or a 5.5% interest rate is still an excellent interest rate. If you look at interest rates over time, we are significantly below the historical 15% of 1985 and 7% of 2005.

So, to circle back to the original question of are we in a bubble and is the market going to crash, I think that the answer is likely NO. Historically low interest rates and the high possibility of home prices decreasing still make it very appealing to invest in real estate. Real estate consistently increases in value over time and outperforms other investments. Additionally, it isn’t as susceptible to short-term fluctuations like the stock market. You get a palpable, practical asset, whether you’re renting out an apartment for income or buying a home. And here in Hawaii, there is only so much more land that can be built upon so the principle of supply and demand is very prevalent here. 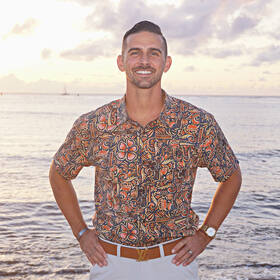 Joe Hanley is a Realtor Broker, Military Relocation Professional with Hawai'i Life. You can email me at JoeHanley@HawaiiLIfe.com or via phone at (808) 861-6783.

Aloha! Thank you for the comment!! Do you live in Hawaii?

Oahu, Hawaii is one of the best places to live for golfers who want to live near the fairways. With …

Buying a Home on Kauai, Year to Date Statistics Comparing First 9 Months 2022 vs 2021

For Kauai homes sales days on market are up and price drops are happening, however, when I look at the …

Inventory Is Up and Sales Are Down, but Are We Really in a Housing Recession?

Have you been hearing a lot about a housing recession? Are you concerned that housing prices will plummet? Or, that …