An Old-Time Gathering in Kokee 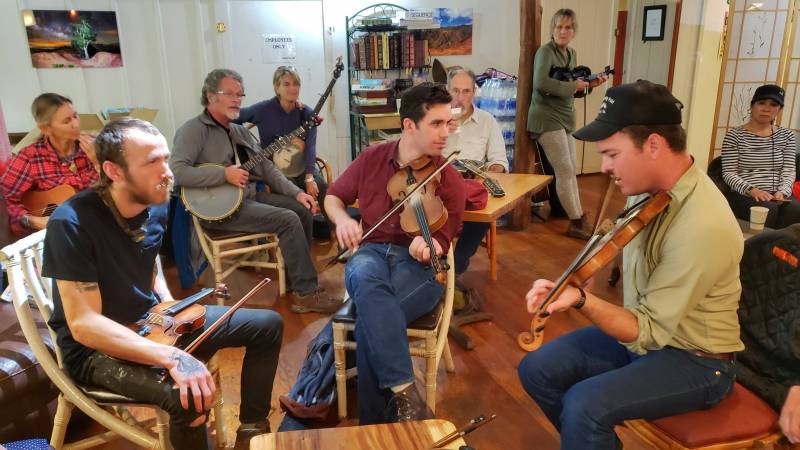 Kauai’s second annual Old-time Gathering was a weekend full of celebration, camping, old-time music, dancing, learning, teaching, and jamming. The event held the opportunity for fans, musicians, and spectators alike to learn how to play different styles of traditional North American and Hawaiian music. Many camped around the State Park or rented private cabins or bunkhouses. With no cell phone service near the Kokeé lodge, this was truly an off-the-grid, in the moment, celebration. Nightly synchronized dancing ensued with the help of Tennessee-based “Dance Callers,” Stan Sharp and Daniel Frazier. 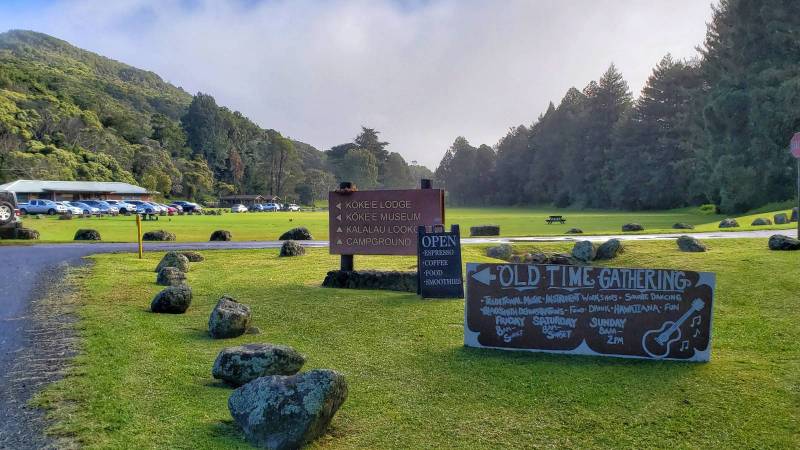 The gathering focused on learning the art of the strings and the historical significance of the lost, but not forgotten, Old-time genre. Old-time began as North American folk music complementing various dances, such as square dancing, clogging, and buck dancing. Typical instruments include a combination of fiddle, banjo, double bass, mandolin, and even sometimes, a harmonica. 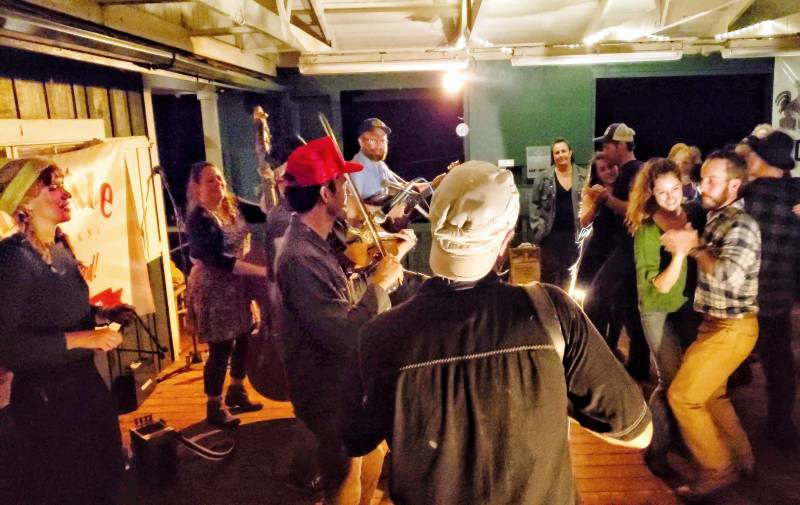 Why host this event on Kauai? Interestingly enough, Hawaiian music is thought to be the root influence of many genres known today. Those familiar with the Merrie Monarch Festival know it honors David Laʻamea Kalākaua, the last king of the Hawaiian Kingdom. His role in the revival of hula, which had been outlawed at one period, and his love for music left a lagacy. King Kalākaua sponsored Hawaiian music and dance worldwide, and at the time (mid-1800’s), Hawaiian music and culture was ‘en vogue’ on a global level. One of the talented event planners/strings enthusiast, Matt Morelock of Moloa’a, unveils, “We are still uncovering evidence of Hawaiianisms in musical and dance traditions all over the world.” Through this correlation, many local and award-winning mainland groups came together for the weekend on Kauai to share their love of the music. 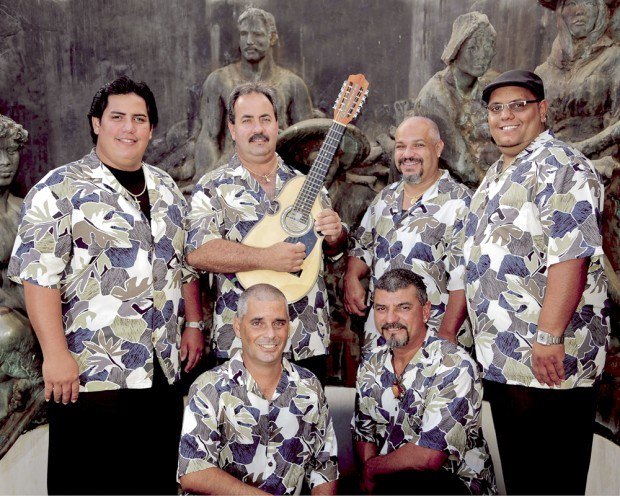 Wally Rita and Los Kauaianos performed Puerto Rican/Hawaiian fusion music known as Kachi Kachi. The band is dubbed the most unique Kachi Kachi music among all the islands. This distinction is due to their perfect blend of Puerto Rican and Hawaiian style. The lively upbeat performance caught the attention of many locals. You can find the band playing around the island. For an updated schedule, follow them on their Facebook page. 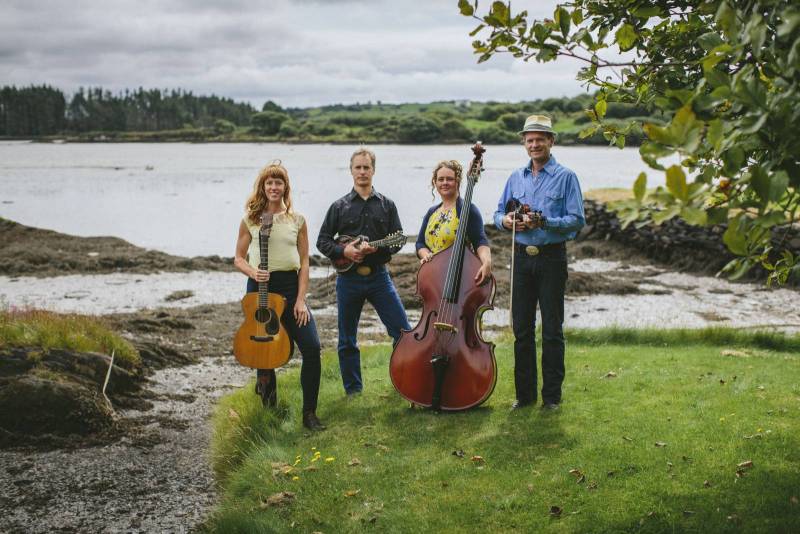 This genuine old-time American string band has 15 years of touring, 8 albums, and comprised of 4 master musicians. the Portland, Oregon’s unique sound and style draws from old-time, bluegrass, classic country, and Cajun tradition. Square dancers alike lined up and hung onto to the “Dance Caller’s” each word as they slung their partners ’round and ’round. Foghorn Stringband’s members taught workshops in fiddle, banjo, mandolin, guitar, bass, and harmony singing. 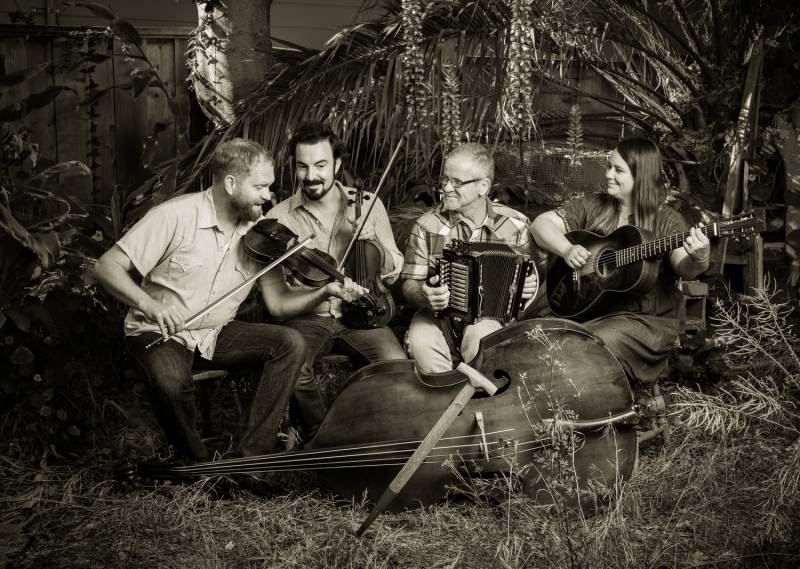 Hailing from Southern Louisiana, the Cajun Country Revival is Jesse Lége and Joel Savoy. Dubbed as the most well-traveled Cajun dance band in the world, Cajun and early country music fill the ears and swift footings of all who hear their music. Joel Savoy is a GRAMMY winner for his production work, a 9-time GRAMMY nominee, and a 2-time winner of the Cajun French Music Association’s Fiddler of the Year Award. Jesse Lége is one of the most admired Cajun accordionists and vocalists in the world. In 1998, he became inducted into the Cajun Music Hall of Fame. Joel and Jesse taught workshops in Cajun fiddle and Cajun button accordion.

The gathering was unlike any musical celebration I had ever attended. Interestingly enough, I’m originally from Tennessee! It’s easy for some to say they’ll get “island fever” when moving to a small island. On the contrary, I have yet to experience this “fever” with unique cultural events happening on the “reg.”

We all thank the team of folks from Kauai and the continent who put the event together. Plus, a special thanks to the event sponsors, Kokeé Lodge, Hale Puna, and Morelock Music.

Ya’ll come back now, ya hear?

Keeping up with Kauai & Christian:

Want to stay up to date with Kauai properties or Kauai happenings? 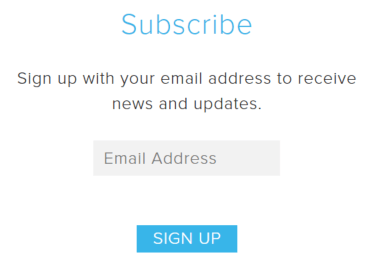 If you are interested in appearing on our hit HGTV show “Hawai’i Life” during the process of purchasing a home or condo here on Kauai, contact me to find out how.

How to Win in a Multiple Offer Situation

The impact of COVID-19 has been a catalyst for real estate markets to heat up all over the country. Today’s real …