Aloha on the Road to Hana – A Night to Remember

On the road to Hana, there are over 650 twists and turns in about 40-50 miles. The road is narrow, barely fits 2 cars, has 47 old bridges, and feels like one lane. Most corners are blind turns, vehicles headed from the other direction are in your face in an instant, and just barely squeeze by you. A large section of road is carved out of the side of a volcano, and in many places, there are no guardrails and nothing protecting you from a long fall into a gulch or ocean.

Located on the wet side of the island, which is a tropical rainforest with massive overgrowth, huge plant leaves, vines, tree limbs, and bamboo, which hangs over the road like a canopy, there are waterfalls and amazing lookouts around every turn. It is one of the most beautiful, scenic roads you can take.

The Most Frightening Drive of My Life

However, on a late night property showing, the wind was whipping, tree limbs swaying, and rain was flooding the roads; it was the most frightening drive of my life. I could only view the road through my windshield. Normally, my side windows show an upcoming turn or oncoming vehicle. The canopy of foliage and branches became a tunnel that seemed like it was caving in on me. The narrow road and one-lane bridges seem to be narrower than my Hummer, and the turns are even more dizzying than they are in daylight. 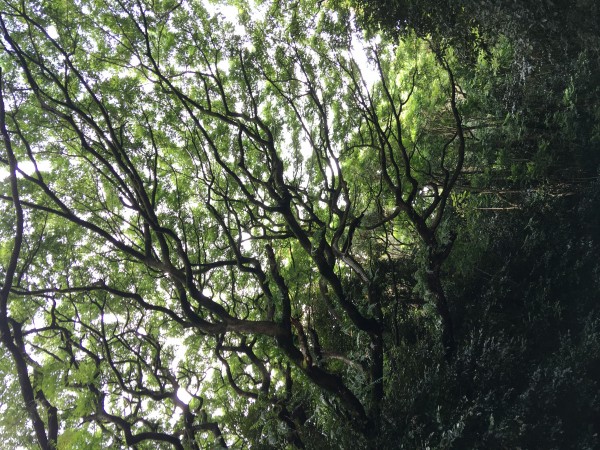 When you drive the road to Hana at night, the beauty is not apparent, and when it is raining everything changes form. I saw dark tunnels and rushing water, which at times was like a gushing river running down the steep roadway. I quickly began to feel uncomfortable when I came across small mudslides and fallen rocks. I had to swerve around all sorts of obstacles at the last moment as I couldn’t see them until they were directly in front of me.

I arrived at a makeshift stoplight in the middle of the jungle, many miles from any houses or town. I thought to myself: “Do I really need to stop at this light?” – as I waited in the creepy darkness for several minutes. There was no way I could go through the light and risk getting caught halfway up, what appeared to be a hill, then trapped in a corridor of plastic construction barricades and a crumbling mountainside. I waited for the green light while listening to the pitter patter of rain drops splash on the roof of my Hummer. 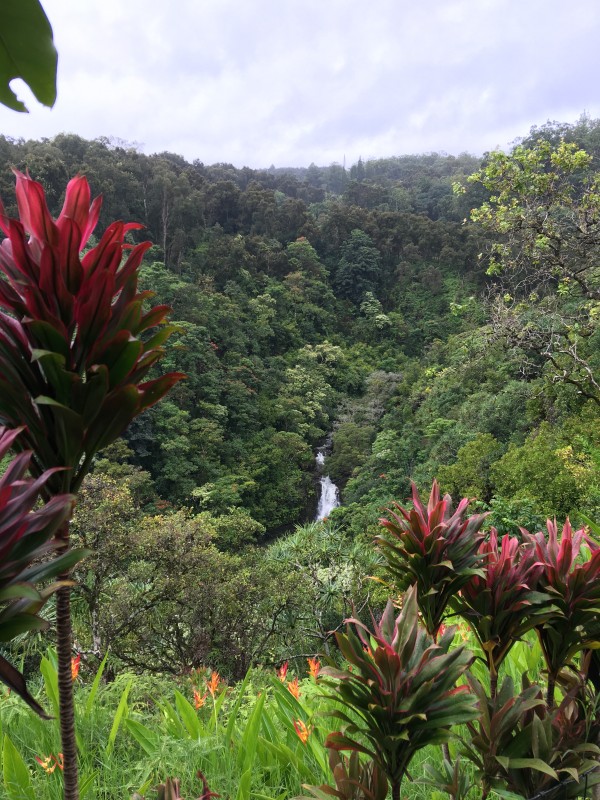 The light finally turned green and I nervously drove up the corridor in close proximity to a chainlink fence that held back boulders and a muddy mountainside. I admit, I was feeling a little frightened. I was on the edge of my seat.

As I made it through that obstacle, I saw headlights in front of me. A car was stopped in the narrow roadway and a shirtless, bearded man was trying to flag me down. Normally I would stop and help a stranded motorist, but it was dark, rainy, and in the middle of the rain forest in a remote area of Maui.

As I drove further, two cars were stopped in front of me, blocking the way. The tension in me could’ve been cut with a knife. I sat there peering at the vehicles in the distance for several minutes. Then I noticed two people repeating a swinging motion with their arms. They were hacking at something I couldn’t identify.

I started to creep forward when I thought to myself, “What are you doing?” I kept rolling forward until I could see two people. They were swinging machetes!!! A large tree had fallen in the middle of the road and the two men were chopping at the tree.

I got out of the car and slowly walked towards the men. I can’t lie, I was totally ready to turn and run if I had to. As I approached, something didn’t look right. I couldn’t see their faces. I thought their heads looked strange when suddenly one of them looked at me with lit up eyes, and sitting on their necks was not a head at all; it was a Jack-O-Lantern!!! 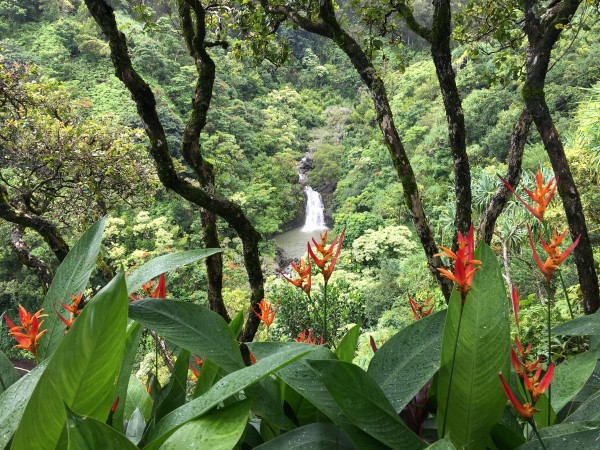 OK, the men didn’t have Jack-O-Lanterns for heads. It was a couple people with families in their vehicles trying to get home. There was no way anyone could move this massive tree. The only way for me to get to Hana tonight was to help these two strangers with machetes in the middle of the rainforest.

We took turns whacking branches with machetes and carrying the limbs off the side of the road. It took us a little over an hour along with two more people who stopped to help us.

I still had to drive my vehicle up a muddy embankment in the hopes of not sliding down or smashing my vehicle into large branches. “Just don’t stop,” one person yelled out to me. I hopped in my Hummer and drove around the tree without stopping without a problem. I was stoked. I said “Aloha” to everyone as I drove off.

I laughed at the events that had occurred on my way to Hana.

I arrived at the showing, my clients were staring at me in amazement. I had tree moss and mud all over my hair and clothes. I sat for a moment and shared my adventures along the way. My clients laughed and said, “We will be sure to bring a chainsaw when we take the road to Hana at night!”