Waikiki Allure Market Update – The Allure of the Allure

Three months ago, I wrote about the Allure Waikiki, a great new luxury condo building that exudes style. I told you about the approximately 19,500-square-foot private recreation terrace on the 6th floor with an exclusive resort-style pool (more on this below), the outdoor spa, and the state-of-the-art, 2,200-square-foot fitness center.

Another unit I gave the nod to, #2809, has been temporarily withdrawn. As a matter of fact, since my last blog about the Allure Waikiki, 7 units have been withdrawn, 1 has expired, and 6 have sold, 5 of them sold at asking (and as developers’ units were listed as being ‘on the market’ for only one day), but the last one, unit #2008 was a resale unit (meaning not sold directly by the developer, but by an owner), and it sold slightly below asking.

Are you getting where I am going with this? Cause it seems to me these days condos in other buildings in Waikiki are selling faster than the stats at the Allure would lead you to believe. In short – don’t wait for the deal to come to you – make the deal happen.

If you’ve been looking at an Allure Waikiki condo, but have been waiting for prices to come down, you may want to rethink that strategy, and get in the driver’s seat before someone else gets the same idea.

Also, I’d like to give praise where it’s due, and point out the very beautiful and sculptural Meridian Fire Bowl on display at the Allure Waikiki’s 6th floor pool deck. Created by the artist John T. Unger (www.johntunger.com), it is his largest work of its kind to date. It is this type of detail that makes this building very special. 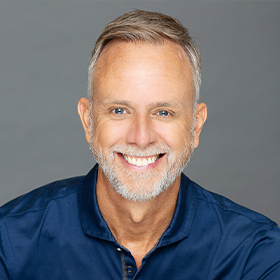 “Allure” common area designs are much improved than before. Very impressed.

“Allure” common area designs are much improved than before. Very impressed.

Can You Evict Your Tenant? Act 57

Are you a landlord? Do you have concerns about your rights when it comes to evicting your tenants? If you’ve …

Second Homes & Vacation Rentals at the The Ritz-Carlton Waikiki

Did you know that The Ritz-Carlton Waikiki is zoned “Resort”? It’s one of very few buildings in Honolulu where owners …

While I would like to say, “No rush,” the reality is the decision for purchasing at the Park at Ward …