An international lineup of more than 100 chefs, culinary personalities, and winemakers will gather on three Hawaiian islands for the fifth annual Hawaii Food & Wine Festival kicking off on August 29th! The festival launches Aug. 29 on Hawaii Island before moving to Maui for festivities Sept. 4-6, and then finishing with several venues on Oahu from Sept. 9-13. 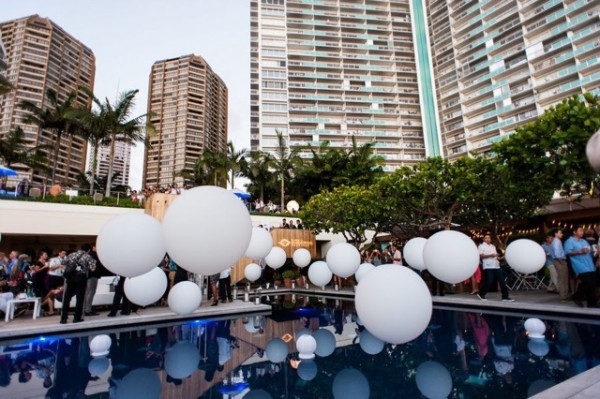 The Hawaii Food & Wine Festival, co-founded by two of Hawaii’s own James Beard Award-Winning chefs, Roy Yamaguchi and Alan Wong, is the premier epicurean destination event in Hawaii. The Festival will take place over two weeks on multiple islands, featuring a roster of over 100 internationally-renowned master chefs, culinary personalities, and wine and spirit producers. 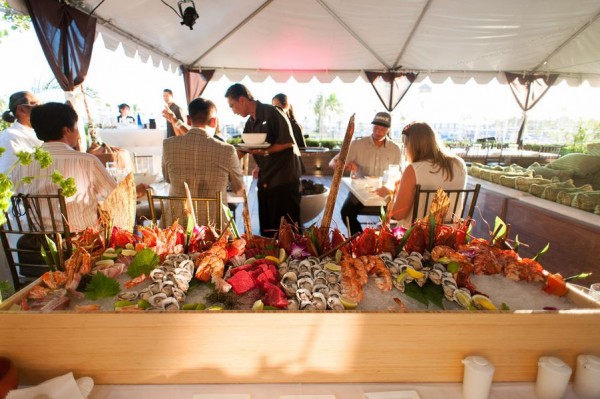 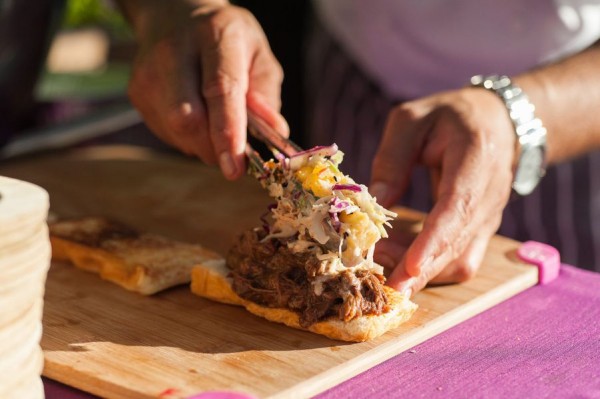 Here’s a taste of what’s scheduled:

Friday, September 4, 2015 (Maui): You can tee off with celebrity chefs, golf pros, and winemakers at “Roy’s Golf Classic” at Kaanapali Golf Course, in Lahaina on Maui. Gourmet food and beverages are to be served throughout the course. Golfers should, however, save room for dinner prepared by the tournament’s sponsor, Chef Roy Yamaguchi. From $600.

Wednesday, September 9, 2015 (Oahu): “Caviar & Champagne: Cristal, Dom, Krug, & Salon Seminar” – As an encore to last year’s Caviar and Krug, we present an even more indulgent event with four of the world’s most illustrious champagnes paired with French Sturia Caviar. There is no better way to taste caviar than with the finest bubbly – Cristal, Dom Pérignon, Krug, and Salon. Seating is limited to 50 guests at Halekulani in Waikiki, Oahu. $500.

Thursday, September 10, 2015 (Oahu): “Chopstix & Cocktails,” an event on the pool decks of the Modern Honolulu, focuses on the creative crafting of cocktails. Attendees will find Asian food dishes for sampling, prepared by chefs including Kenichi and Kentaro Chen of Shisen Hanten, Akasaka, Japan, Charles Phan of San Francisco’s Slanted Door, and Sang Yoon of L.A.’s Lukshon. From $225.

Saturday, September 12, 2015 (Oahu): At “Keiki in the Kitchen: Food, Fitness & Fun” at the Honolulu Zoo ($5), children (keiki in Hawaiian) and their parents can participate in a full day of activities, including cooking demonstrations, a “made in Hawaii” marketplace, and fitness challenges.

Tickets for the various events are available online. 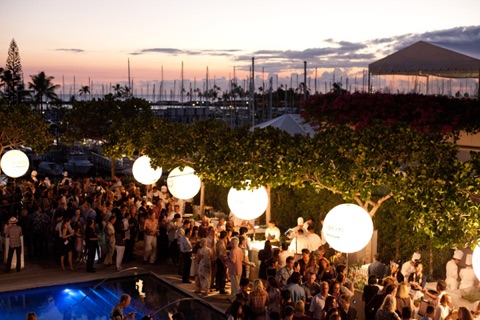 Hope to see you at these Big Island events!